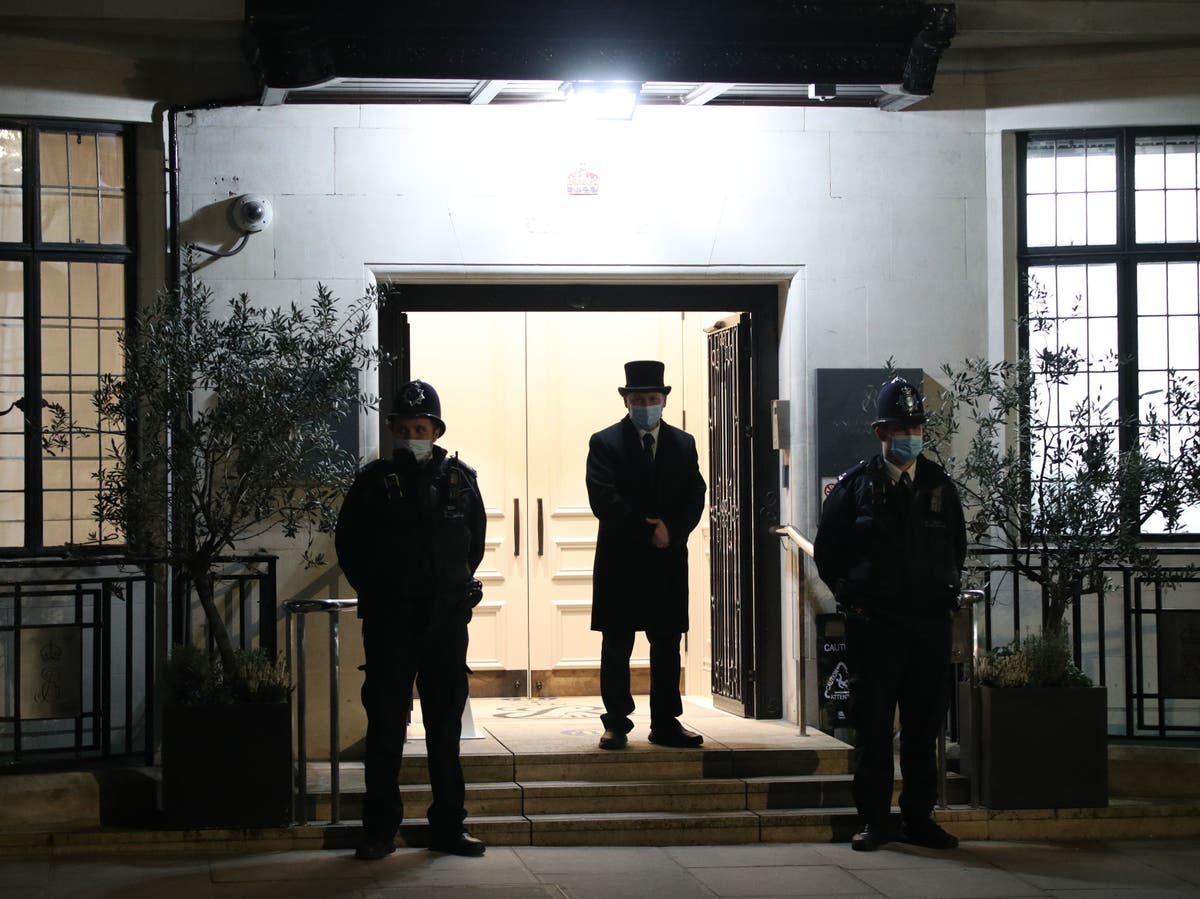 Prince Philip will spend a third night in hospital for “observation and rest” after he was admitted earlier this week.

The Duke of Edinburgh had been feeling unwell, but was described as being in “good spirits” after he walked unaided into King Edward VII’s hospital in central London on Tuesday evening on the advice of his doctor.

Buckingham Palace said the move to admit him to hospital was a “precautionary measure”.

The 99-year-old duke is known for his “no fuss” attitude, with royal author Penny Junor joking that medics probably “would not want him” on their shift due to his aversion over people “fussing over him”.

Ms Junor told BBC Breakfast: “I think he can be quite blunt and I think if he felt people were fussing over him he could be quite outspoken about that.

“This is a man who doesn’t want any fuss made of his 100th birthday, so the fact he’s in hospital and getting some fuss made of him will really irritate him.”

There have been no reports of visitors arriving at the private hospital on Thursday. It is understood that a doctor was called after Philip felt unwell for a short period of time and he was driven to the hospital, where he walked in as a non-emergency admission.

The duke turns 100 on 10 June. He has spent two nights in hospital for an undisclosed reason, although it is not related to coronavirus.

The rest of the royal family have been working as usual, with the Queen carrying out her normal duties of state this week. On Wednesday, the Prince of Wales and Duchess of Cornwall visited a hospital in Birmingham to learn about vaccine trials.

Both the Queen and Philip received their Covid vaccinations in January.

Buckingham Palace said in a statement on Wednesday: “His Royal Highness the Duke of Edinburgh was admitted to King Edward VII’s Hospital in London on Tuesday evening.

“The duke’s admission is a precautionary measure, on the advice of His Royal Highness’s doctor, after feeling unwell.

“The duke is expected to remain in hospital for a few days of observation and rest.”

Philip last spent time in the hospital in December 2019, when he stayed four nights at the King Edward VII’s to be treated for a “pre-existing condition”. He was discharged on Christmas Eve.

Sorgente articolo:
Prince Philip to spend third night in a row in hospital – The Independent