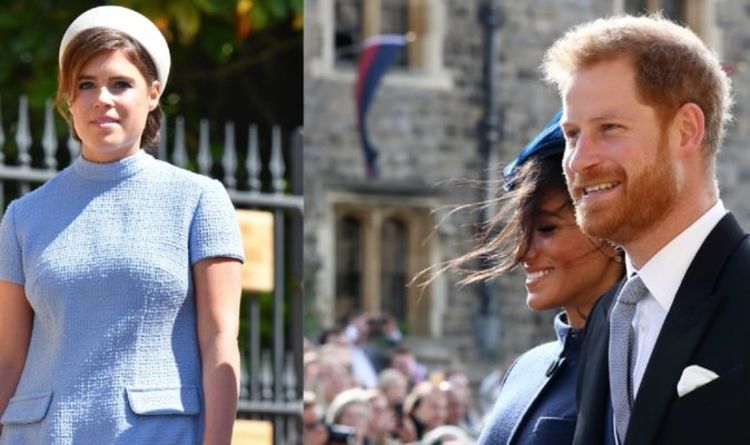 Royally Obsessed podcast hosts Roberta Fiorito and Rachel Bowie discussed the overlapping baby news from the Royal Family. The royal commentators agreed Princess Eugenie is likely thankful she is not getting all the media attention thanks to Meghan Markle and Prince Harry’s pregnancy announcement. They added royal fans were assuming Princess Eugenie was upset the spotlight had been stolen from her.

They also said it is likely the Princess is more content with the privacy being afforded to her because of the Sussexes’ announcements.

Ms Fiorito said: “I do not blame the Sussexes at all.

“I think the symbolism and winning the summary judgement and all that.”

Ms Bowie said: “Yeah, I cannot wait to find out the name of Princess Eugenie’s baby.

“But, I don’t know, it feels like if you are Eugenie it does kind of suck.

“But I do feel like it takes the pressure off Princess Eugenie which maybe she is also thankful for.

“Everyone so focussed on that and now she can just enjoy this time with her baby.

“It is not like she is under the same spotlight as Meghan Markle and Prince Harry but I do think there is a perk there.”

After the Sussexes announced Meghan was pregnant not long after Princess Eugenie confirmed she had given birth, royal fans took to Twitter discussing whether she had been overshadowed.

One Twitter user wrote: “Congratulations to them but a little odd that, again, the Sussexes’ baby news overshadows Princess Eugenie ‒ first her wedding, now her first baby.”

Another added: “As if it wasn’t enough to announce the pregnancy at Eugenie’s wedding reception.”

While a third simply wrote: “Of course. Just after Eugenie’s news.”