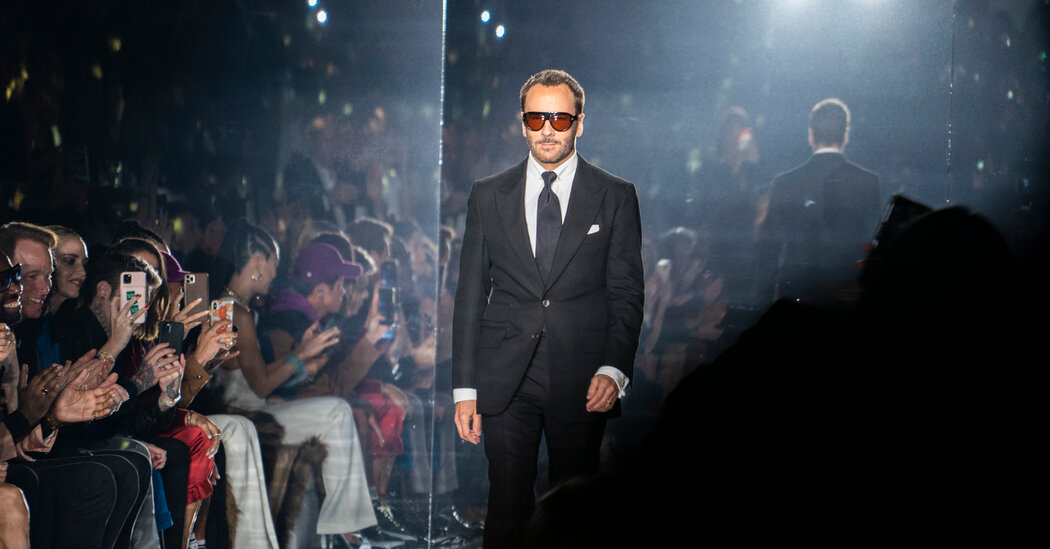 TF You’re not God of the world, but you are God of that film. You decide what people say, what they do, where they go, whether they die, whether they live. You create something, and it’s very permanent. Fashion is not, sadly, as permanent.

You know, you can look at a beautiful dress from a different period, and you can admire it and say “Wow,” and you can look at the pictures, but you will never have the feeling that person at the dinner party felt when this woman walked into the room, or that man walked into the room, and what you saw for the first time was new and fresh and beautiful, and it just took your breath away.

VF You say fashion is not permanent, and over the summer people talked a lot about seizing the moment for change. But now there’s talk among big brands about going right back to the old system once things open up.

TF We probably will because the system is driven by the consumer. Last season I did not do pre-collections, and the CFDA in combination with the British Fashion Council, issued a letter that we really wanted to return to two collections a year. But you lose business if you don’t have pre-collections. We have trained the consumer to think there’s something new every few months.

On the other hand, we have found that we don’t need to travel as much as we thought.

Sorgente articolo:
Tom Ford on Wearing the Same Ripped Jeans and Allowing Himself to ‘Be Unproductive’ – The New York Times