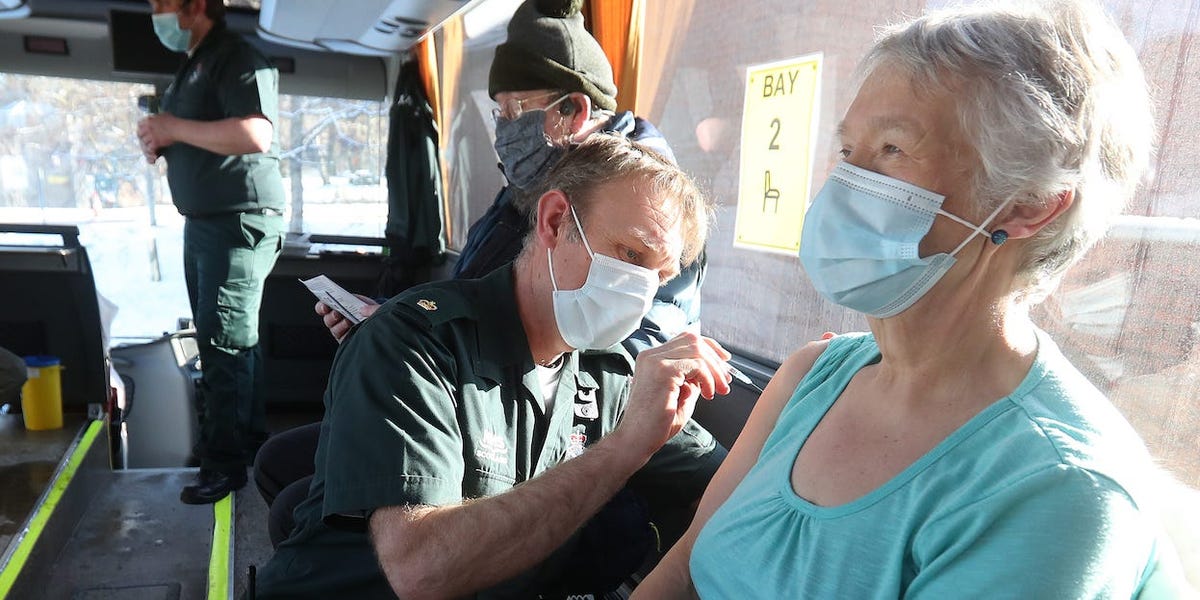 Both COVID-19 vaccines authorized for use in the UK appear to substantially reduce one’s risk for hospitalization from the coronavirus after just a single jab, according to new data out of Scotland.

The figures, published early Monday, are the first to measure the rate of hospitalization from a real-world vaccine rollout.

It is the latest in a series of promising updates from countries that have vaccinated significant proportions of their populations.

Of those, more than 1.1 million received one dose of either the vaccine developed by Pfizer and BioNTech or the one developed by AstraZeneca and Oxford University.

The scientists found that those who received a vaccine were significantly less likely to be hospitalized than those who hadn’t.

Looking at the protection overall, the study estimated that hospitalization risk from COVID-19 fell by a combined 84% four weeks after receiving a single jab.

The UK decided to prioritize giving as many people as possible a single jab. As a result, relatively few people in the UK have had a second dose, even though the makers of the two vaccines recommend that two doses be given a specific amount of time apart for the fullest protection.

The scientists measured the effect of the vaccine every week after receiving the first dose. They found the strongest “vaccine effect” in the fourth week after inoculation.

Vaccine effect was highest on those ages 18 to 64. In that age bracket, however, only those who have been defined as clinically vulnerable would have been eligible to receive the vaccine.

Among those over 80 years old, who are at the highest risk from COVID-19, the vaccines showed a combined 81% reduction in hospitalization risk after four weeks.

This study was published as a preprint; the next step will be for it to be reviewed by peers.

The scientists described it as the first study looking at the effect of a vaccine on hospitalization for an entire nation.

Real-world data from Israel’s vaccination campaign previously found the Pfizer-BioNTech vaccine linked to a 94% decrease in symptomatic cases among those who had two doses of the vaccine, a separate measure of effectiveness.

The lead scientist Aziz Sheik from the University of Edinburgh said the latest evidence “given us great reasons to be optimistic for the future.”

Sorgente articolo:
COVID-19 vaccines cut hospitalizations by around 84%, according to the first real-world data – Business Insider