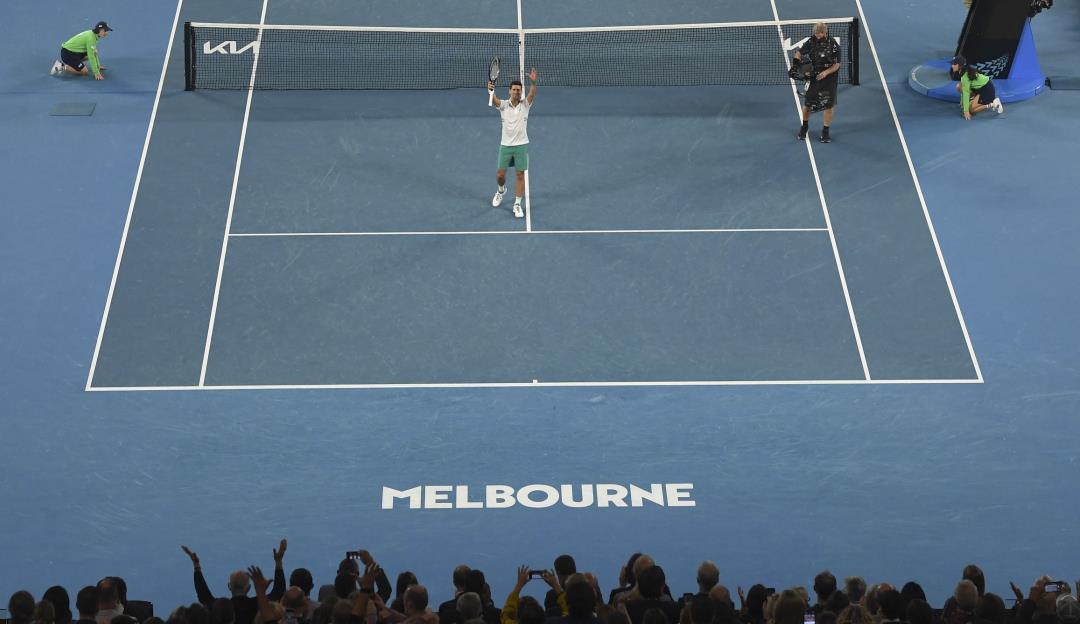 (Newser) – Fans at the Australian Open tennis final Sunday decided to criticize the coronavirus vaccine, and the government wasn’t having it. A tennis official spoke about the COVID-19 vaccine efforts as a sign of hope, and some in the crowd responded by booing, the BBC reports. “I don’t like booing at any event, and certainly any sporting event,” Deputy Prime Minister Michael McCormack told reporters, calling the incident “disgusting” and “un-Australian.” Many others Australian public figures had similar criticism. Novak Djokovic, who’s been criticized for not taking the pandemic seriously, had just won the men’s final when the remarks were made at an awards ceremony.

Tennis Australia chief Jayne Hrdlick was interrupted by loud boos as she said, “It’s been a time of deep loss and extraordinary sacrifice for everyone. With vaccinations on the way, rolling out in many countries around the world, it’s now a time for optimism and hope for the future,” the Independent reports. Australia itself rolls out its inoculations starting Monday. It’s not clear what spurred the booing at the Open, but there were a series of small anti-vaccination protests across the country Saturday, including one rally at which celebrity chef Pete Evans spoke, CNN reports. (Read more Australian Open stories.)