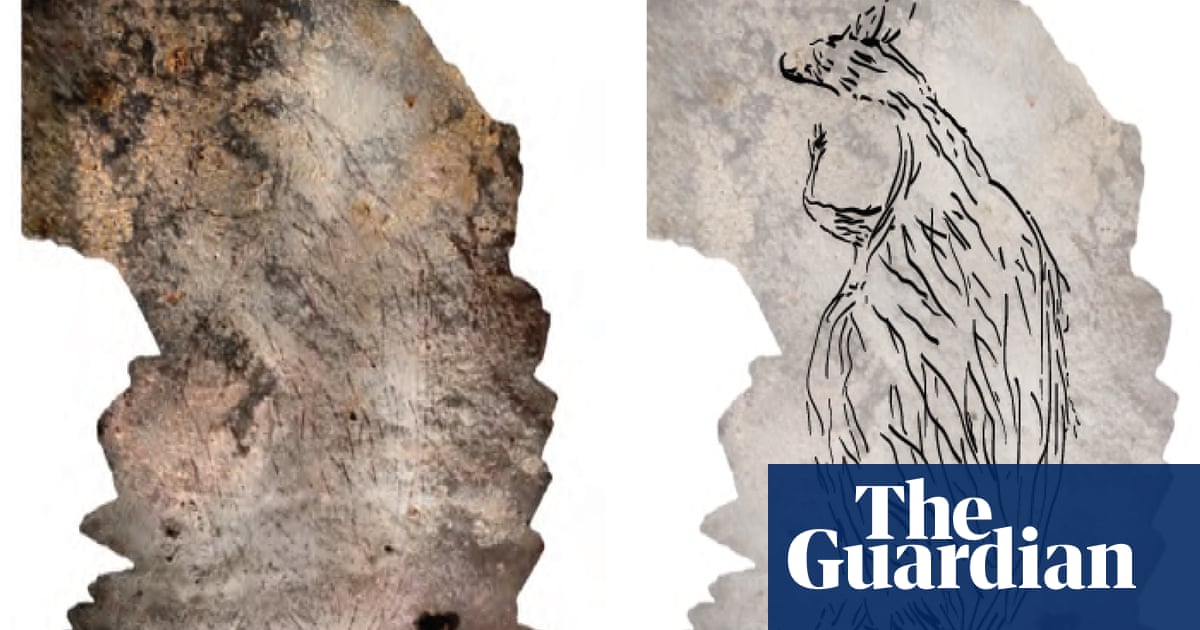 Scientists have confirmed that a painting of a kangaroo in a sandstone rock shelter in Western Australia’s remote Kimberley region is about 17,300 years old, making it the oldest known rock art in Australia.

The faded image, which is about two metres long, was dated using a radiocarbon technique that analysed wasp nests that were underneath and on top of the ochre-based paint.

Augustine Unghango, a Balanggarra man and traditional owner of the area, has climbed the escarpment above the Drysdale River and visited the painting many times.

“It really lifted my spirits up when I found out how old it was. It’s important that we do this,” he said.

The research, published on Tuesday in the journal Nature Human Behaviour, shows the ochre kangaroo was completed when the Earth was emerging from an ice age and the ocean was more than 100 metres lower than it is today.

The site of the painting is about 70km from the coast, but at the time it was painted the coastline to the north-west was more than 200km further away.

The study’s co-author Dr Sven Ouzman, from the University of Western Australia, said several Australian rock paintings were between 10,000 and 15,000 years old, but the finding near the Drysdale River was the oldest still in its original place.

“At that time you are coming to the end of the last ice age and in the Kimberley it seems to have been really dry and things were tough. But still, people are painting,” he said.

Evidence of older art has been found in Australia, but they were rock fragments or pieces of pigment.

Ouzman said the person or persons who painted the kangaroo “had to be linked into the trade network” at that time in order to source the materials.

Research published earlier this year found the world’s oldest cave painting was a 45,000-year-old life-sized depiction of a pig on the island of Sulawesi in Indonesia.

The Sulawesi painting is similar in style to the kangaroo and Ouzman said there could be a cultural link between the two.

Unghango said kangaroos were culturally important and young people follow them into the desert as part of an initiation.

The research was led by Dr Damien Finch, a geochronologist at the University of Melbourne who developed the technique of using wasp nests to date the rock art.

For the research, Finch and colleagues looked at 16 paintings in eight rock shelters in the same area and analysed 27 mud wasp nests. Finch has been visiting the site of the kangaroo painting since 2015.

“You go underneath a slope and it’s there on the ceiling – it’s a bit tight,” he said.

“You can’t see it all at once. It reveals itself slowly because there are so many [wasp] nests. It takes a while to get your eye in and take in the pigment.”

The fossilised nests are mostly sand, but they also contain particles of charcoal that Finch said very likely came from burnt spinifex grass.

By dating the charcoal in the nests – some underneath the painting and some above – researchers could establish two dates between which the painting had to have been completed.

Finch said the intention was not to find the oldest painting, but to accumulate dates for a period of rock art known as naturalistic that is dominated by pictures of animals and occasionally plants.

Cas Bennetto, of the non-profit Rock Art Australia that helped fund the research, said the discovery was an “exciting story” but “there will be more”.

She thought further research could push the age of Kimberley’s rock art beyond 30,000 years.

“Our purpose is to understand the history of human habitation in Australia and we do that through rock art and its different contexts,” Bennetto said.

Further research will aim to fix the dates for the naturalistic rock art style, which came earlier than a style known as Gwion, which saw human figures become popular.