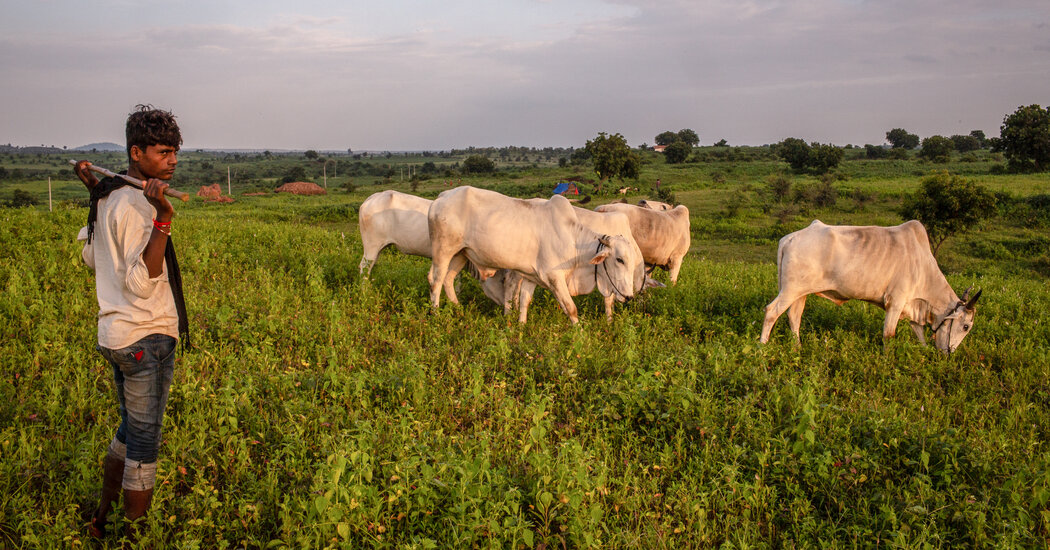 In 2019, Mr. Modi’s government established the National Cow Commission with the express purpose of protecting cows. Its website lists, among other objectives, “proper implementation of laws with respect to prohibition of slaughter and/or cruelty to cows.” Many Indian states, but not all, ban the slaughter of cattle.

The study material in the new course was designed by the cow commission, which falls under the Ministry of Animal Husbandry and Dairying, and was widely circulated online in several languages, including English. The first online exam was supposed to be Thursday.

The material has chapters on cow entrepreneurship and sayings from Hindu scriptures. The course delves into breed improvement, bioenergy from cow dung, pesticides, medicines from cow urine, the concept of promoting cow tourism, using cow dung instead of plaster of Paris for ecological reasons and the difference between Indian and foreign cows. The commission is headed by Vallabhbhai Kathiria, a surgeon and former member of Parliament from Mr. Modi’s Bharatiya Janata Party.

The Indian cow, or zebu, does differ from the cow breeds familiar to the West. The zebu, easily recognized by its big shoulder hump and pronounced dewlap, is more tolerant of heat and drought, and more resistant to some diseases, though it produces less milk.

The material that students were asked to absorb for the exam, however, made baseless claims, like one that inside the hump of the Indian cow “there is a solar pulse which is known to absorb vitamin D from the sun’s rays and release it in its milk.” Hump-less “Jersey” cows, the material said, don’t have such powers.

Another part of the curriculum said that indigenous cows were “emotional toward humans and other living beings,” but that in foreign cows, “none of these feelings were exhibited.” Indian cows are “alert” and “strong,” the material said, but foreign cows are “lazy.”