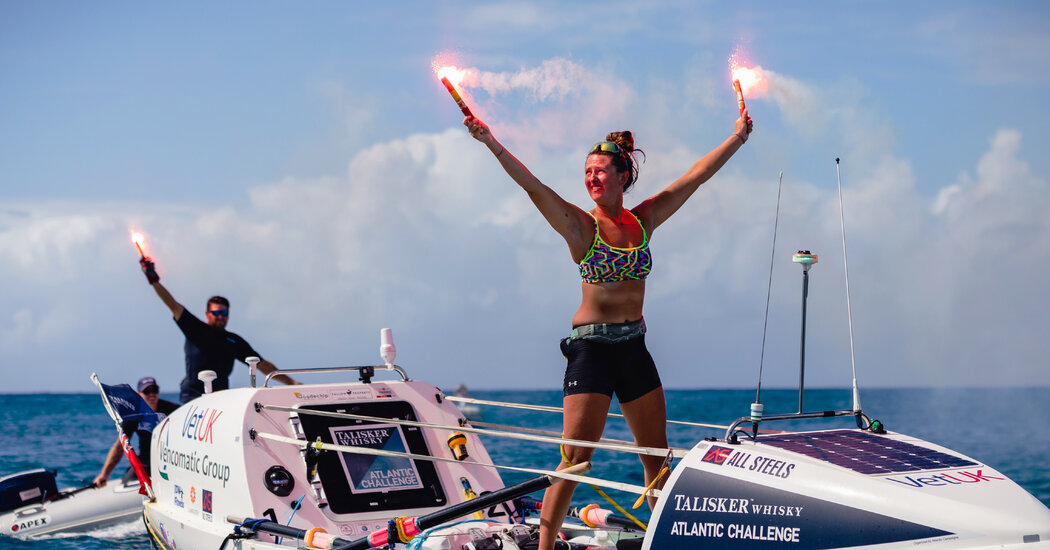 Atlantic Campaigns has pushed to expand the race beyond its British roots, which has been crucial to the sport’s growing inclusivity. But having women like Savage and McClure shatter the image of the traditional explorer has mattered the most. “There was a time not long ago when doing an Ironman was considered crazy,” McClure said. “It’s what we think of as possible that shifts.”

The Atlantic Challenge is also beginning, albeit slowly, to reflect the racial diversity you would expect from a race organization whose staff of 21 represents 10 nationalities, and an endurance event that straddles an eighth of the globe.

In the 2019 event, the Antiguans Christal Clashing, Kevinia Francis, Elvira Bell and Samara Emmanuel became the first Black team — male or female — to complete the race. To date, the Atlantic Challenge has had seven Black competitors, including the Antiguan women.

“Being able to do a journey like that allowed us to write our own story, to take control of the narrative that Black people don’t swim, they don’t do these kinds of activities,” Clashing said. “In the end, we were able to say, ‘Yes, there was a cultural trauma that occurred for us across the Atlantic Ocean, but we are not allowing that to dictate what we do anymore.’”

This year’s race included athletes from Spain and South Africa, Antigua and Uruguay, the United States and Britain, among others. At a time when many sporting events were drastically changed or put on hold, the race — one of the world’s most socially distant — was able to move forward.

As Harrison approached her final weeks of the journey, the weather remained calm and the surface of the water shook out into “the brightest turquoise you’ve ever seen,” she said over satellite phone on Feb. 12. A pod of Risso’s dolphins followed her for hours. A blue whale rolled beside her, the white, molar-like edge of its flipper nearly high-fiving her oar.