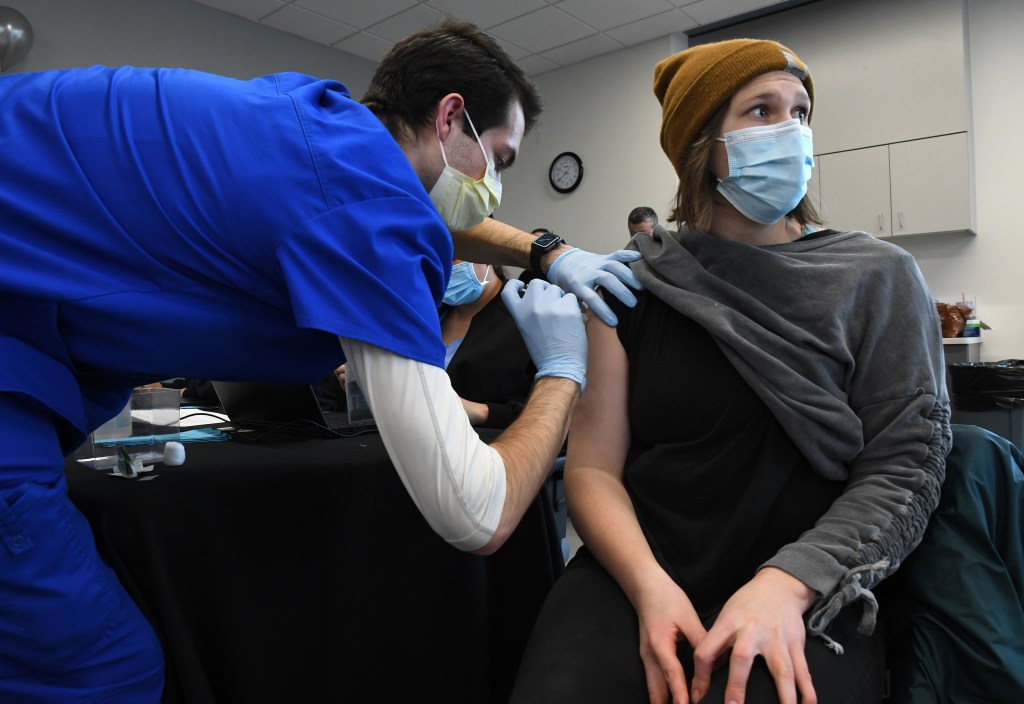 The process of vaccinating Colorado’s teachers and older residents is on track, and additional frontline workers and people with multiple chronic health conditions could become eligible to get their shots starting late next week, state officials said Tuesday.

The Colorado Department of Public Health and Environment confirmed the state is expecting to move into Phase 1B.3 of its COVID-19 vaccination distribution plan “on or around March 5,” but didn’t offer any details about whether everyone in that phase would be eligible at the same time.

“Providing accurate and accessible information around vaccines and vaccination is a priority for Colorado and we will continue to do so as we prepare for the upcoming phases,” a representative of the state health department wrote in an email.

Gov. Jared Polis has said that a new phase will start when about half of eligible people in the previous phase have received the vaccine.

Currently, people in phases 1A, 1B.1 and 1B.2 are eligible to be inoculated. That includes anyone who is 65 or older, as well as first responders, residents of nursing homes and other long-term care facilities, and those working with the public in health care, child care or K-12 education.

The new phase will open eligibility to what the state is calling “essential frontline workers” in the following industries:

Eligibility also will expand to people with two or more of the following high-risk health conditions:

People with only one of those conditions will be eligible under Phase 2 of the state’s vaccine rollout later in the spring, along with healthy people ages 60 to 64.

Younger people without an eligible condition likely will have to wait until summer, when the state reaches Phase 3.

As of Tuesday afternoon, 388,490 people have received both doses of the vaccine, and 412,329 have received one dose. State officials had set a goal of vaccinating 70% of the population 70 and older by the end of February.