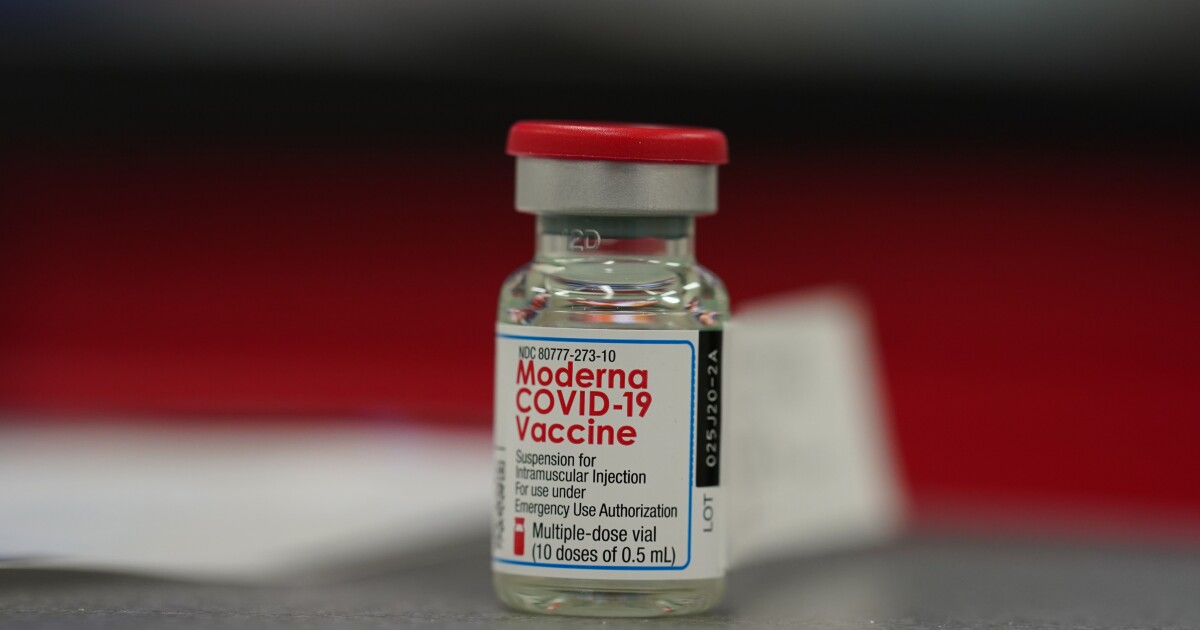 As Colorado officials continue planning for an increase in vaccinations following the expected emergency use authorization for Johnson & Johnson’s COVID-19 vaccine, they’re also carefully monitoring the COVID-19 variant in the state.

Colorado has seen a plateau in its number of COVID-19 cases and hospitalizations after falling for about three months since a peak in November. The state reported the positivity rate was just over 3% on Tuesday. The hospitalization rate also continues to fall statewide — as of Wednesday, 376 people were hospitalized with COVID-19, said Chief Medical Officer Dr. Eric France with the Colorado Department of Public Health and Environment.

READ MORE: When and where can you get the COVID-19 vaccine? Here are answers to your vaccine-related questions

As the CDPHE looks at those numbers, it’s also thinking about the COVID-19 variants, he said.

Some research currently shows that the variant may become the dominant strain by March and April.

As of Thursday, about one in every 200 Coloradans has COVID-19 and only a very small percentage of those tested positive for the variant, France said.

“So, there could be a spring surge in April if that variant starts to grow,” he said. “We haven’t seen that at this point. Our hope is that the good behaviors and practices of all of us — to stay distanced, wear masks — will keep that variant number low for our state.”

Those practices have also helped keep flu numbers down. The flu season has been significantly more mild than previous years and hospitalizations related to influenza have been low, France said. Flu vaccination rates also increased by 13%, he said. This reduced influenza rate means that there’s a low volume of the illness in clinics and hospitals, so there can be more of a focus on individuals with COVID-19.

As of Thursday morning, the state said it is 95% of the way to its goal of vaccinating 70% of people 70 years old and up by the end of the month, said Kate McIntire, deputy director of the State Vaccine Task Force. She said that 1,320,517 doses of the vaccines have been administered in Colorado, including both first and second doses. Of those, 883,137 were first doses and 437,380 were second doses for Phases 1A, 1B.1 and 1B.2.

The state is now looking ahead to Phase 1B.3, which includes essential workers in services like agriculture, manufacturing, U.S. postal service, public transit, specialized transportation, grocery, public health, and restaurants. Click here to see the full list and an outline of the other phases.

For several weeks, the CDPHE said its plan was to begin Phase 1B.3 in early March and that remains the goal, McIntire said.

She explained that they don’t have an exact timeframe for when this next phase will begin but will announce it as soon as they are able. This may change based on the state’s supply of the vaccines from the federal government, which is expected to increase next week.

McIntire said they’re preparing for various scenarios as the Johnson & Johnson vaccine nears being able to be distributed and administered across the country. An FDA report released Wednesday indicates that Johnson & Johnson’s single-shot COVID-19 vaccine is safe and effective, setting the stage for its potential approval and distribution in the coming days.

The federal government said Colorado should expect 45,000 doses of this vaccine. The allocated doses will be delivered to providers, just like Pfizer and Moderna vaccines.

The Johnson & Johnson vaccine will likely arrive in Colorado sometime within the next week to 10 days, France said.

As the state looks ahead to expanding vaccinations, Brigadier General Scott Sherman said they are “contracting with some terms that are going to be focused on homebound, especially at age 65 and above to get them vaccinated.”

That will happen within the next couple weeks, he said, once they finalize the contract.

CDPHE Immunization Section Data Analyst Rachel Severson also announced a new county-level data section onto the state’s COVID-19 dashboard. Click here to explore the new feature, which can be found on the right side of the screen in the “County-level Data” tab.