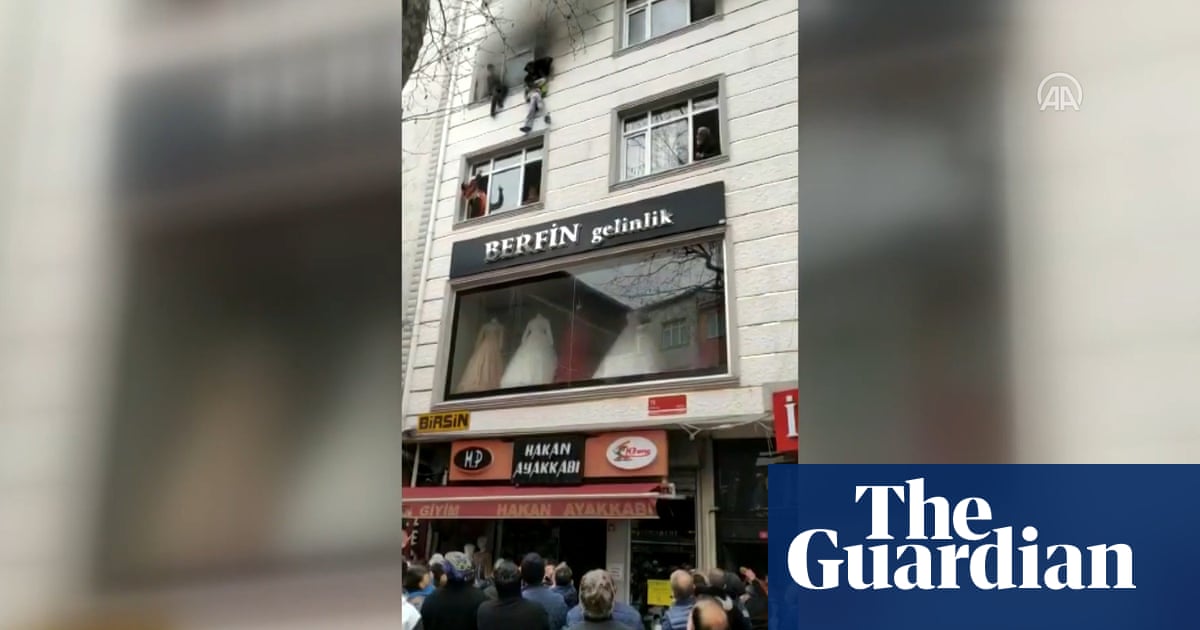 A woman rescued her four children from a burning building in Istanbul by throwing them out of a third-floor window.

Video footage captured each child falling as volunteers in the street below stretched out a blanket to catch them. Bystanders were heard screaming and some shouted at the woman not to drop the children.

Turkish media reported that the children were uninjured. The mother was taken to hospital as a precaution and then discharged.

The fire, which began in an electrical panel, was extinguished. Two other children and two older adults were also rescued.