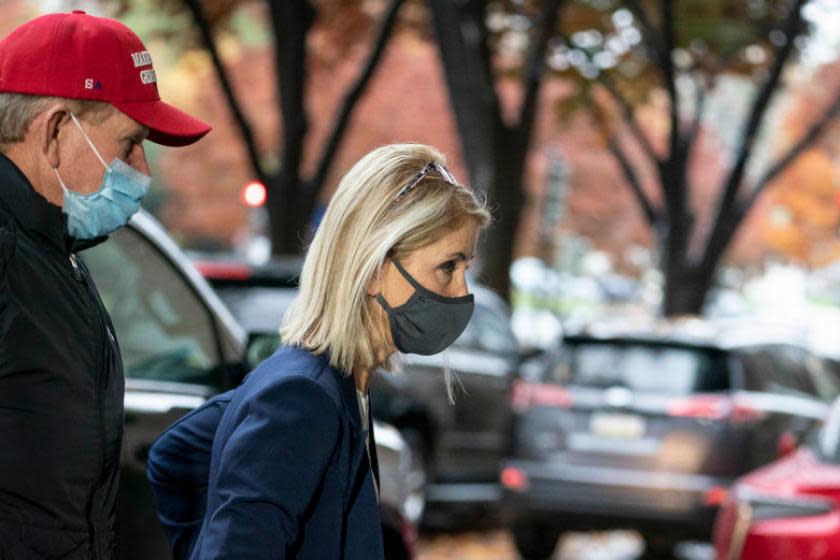 From New York City to Nashville: Americans fed up of cramped cities flee in droves during pandemic

After the 1918 Spanish flu pandemic ripped through America’s cities a little known beach town in Florida called Miami saw its population quintuple in seven years to 150,000 as people fled the metropolises. A century later, a similar phenomenon is underway, sparked by Covid-19, combined with the exponential rise of teleworking, and the crippling unaffordability of housing in city centres. According to data from the US Postal Service, New York City lost a staggering 110,978 people last year, up 487 per cent from the same period in 2019. Chicago lost 31,347, San Francisco, 27,187, and Los Angeles 26,438. Many of them went to Florida and Texas, others to previously unfashionable places like Boise, Idaho. Some economists believe the pandemic has turbocharged what was an already inevitable decline for so-called “superstar cities” – specifically New York and San Francisco – which have now peaked as hubs for population and jobs. “It was already happening but the Covid [teleworking] technology revolution has put that move on steroids,” said Susan Wachter, Professor of Finance at The Wharton School. “It’s massively shifted. The speed has been stunning. Pre-covid we were seeing a decrease in population in superstar cities, the least affordable cities. They were victims of their own success. But it was slow. “You could move out, but you would lose that job. Now you can commute from Texas to San Francisco by way of Zoom.” New Yorkers leave ghost town behind Second and third tier cities like Miami, Austin, Nashville, Boise and Boulder are now set to boom. “It’s just beginning. It will be a decade for this to play out,” Said Professor Wachter. “But it’s going to be a new era of distributed urbanisation. These cities will become rivals and grow in ways we have never seen before. It’ll be exciting for them and the United States.” Resilient New Yorkers had withstood the 1980s crack epidemic, 9/11, and the 2008 financial crisis. But the pandemic appears to have been the straw that broke the camel’s back. Upscale Manhattan neighbourhoods have become virtual ghost towns. Hungry rats, which usually feast on tossed restaurant food or rubbish, have reportedly turned to cannibalism in the Upper West Side. Normally cramped streets lie empty and burglaries have soared. Property prices have tumbled up to 20 per cent. Hannah McFarlane, who lives in Soho, said her building has 25 apartments but only six occupants remain. “The apartment block was always noisy and bustling,” she said. “It’s odd to say, but I kind of miss it.” Among the tens of thousands who have fled New York was Abigail Jaffe, 28, who works in public relations. She “took a leap of faith” and acted on a long held desire to go live in Austin, Texas after her employer adopted remote working. In New York she had shared a flat with a friend, but for less money she got a mortgage on a house in Austin. “I got a dog, I got a car, I’m buying a house. My space has exponentially increased,” she said. “I miss the energy that comes from being with colleagues in New York but I love a lot of things about Texas. I love country music. It was just claustrophobic in New York during the pandemic. There was nowhere to go, it was almost apocalyptic.”