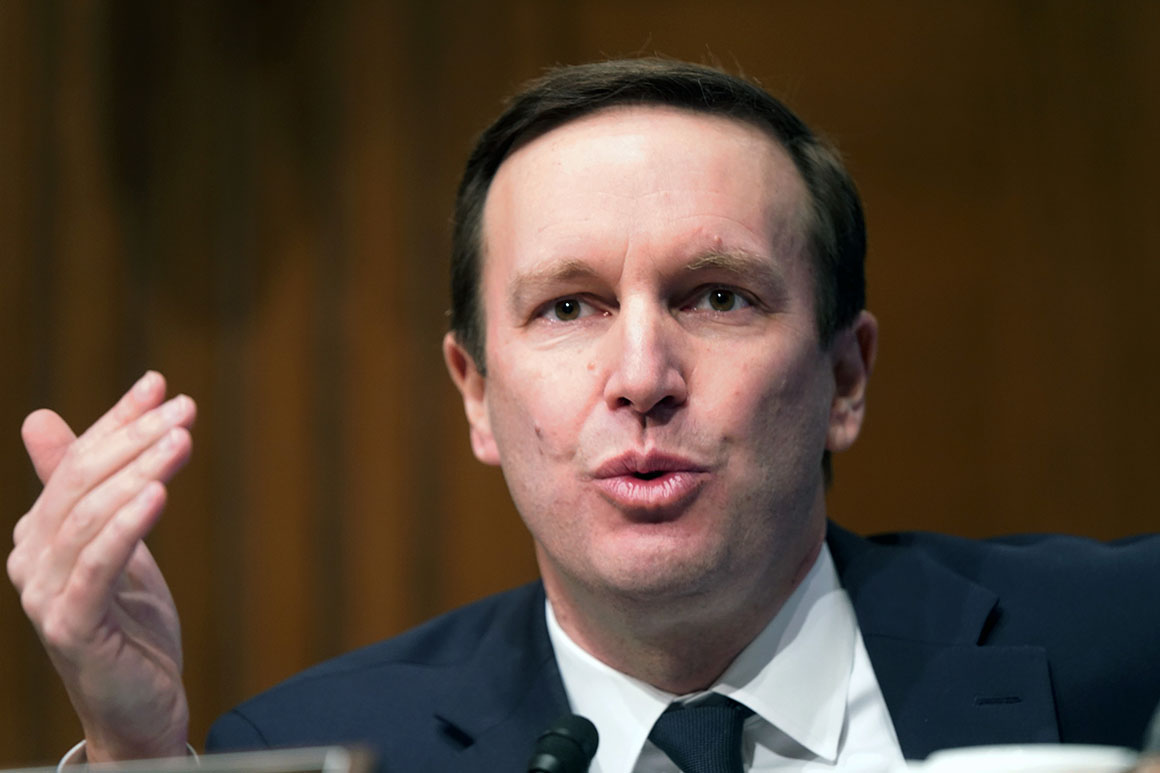 “I still need to be convinced that any president has the authorization required to take a retaliatory strike, especially outside of Iraq,” said Murphy, noting that previous authorizations — although outdated — still permit the use of force in Iraq.

“I didn’t hear anything today that convinced me that there was justification that I’d apply to any administration,” Murphy added.

According to a separate readout of the briefing provided to POLITICO, aides thought the Biden administration’s answers to their questions were “unsatisfactory” and that there was “not a whole lot of substance.”

While Biden’s team has foreshadowed greater cooperation with Congress than the Trump administration demonstrated, the follow-through has missed the mark. And Democrats have made clear that they aren’t willing to give Biden a pass just because of partisan allegiances.

Senate Foreign Relations Chair Bob Menendez (D-N.J.) said the Biden administration has yet to schedule a briefing for the senators who sit on his panel, adding that he is continuing to push for one. Beginning Wednesday, though, the Senate will begin a marathon session to pass Biden’s coronavirus relief plan, which is expected to take the rest of the week to finish.

“It is kind of odd that you’d have a staff briefing but not a members briefing in the wake of something that significant and serious,” Murphy said.

Senators from both parties have expressed frustration that they were not given sufficient notification about the strikes and that Biden ordered them without first seeking congressional approval.

“I learned about it on the news. I’m on the Armed Services and Foreign Relations committees. I don’t think I should be learning about it that way,” said Sen. Tim Kaine (D-Va.), who has long pushed to rein in presidential war powers.

Kaine added that because Biden served as chairman of the Foreign Relations Committee, “he should understand more than most — more than just virtually anybody — that the Article One branch has got to have a role here.”

Biden has told congressional leaders that he ordered the Syria strikes in “self defense” after Iran-backed militia groups attacked American forces in recent weeks. Republican hawks like Senate Minority Leader Mitch McConnell said they supported Biden’s decision, underscoring the blurring of partisan lines on the issue of presidential war powers.