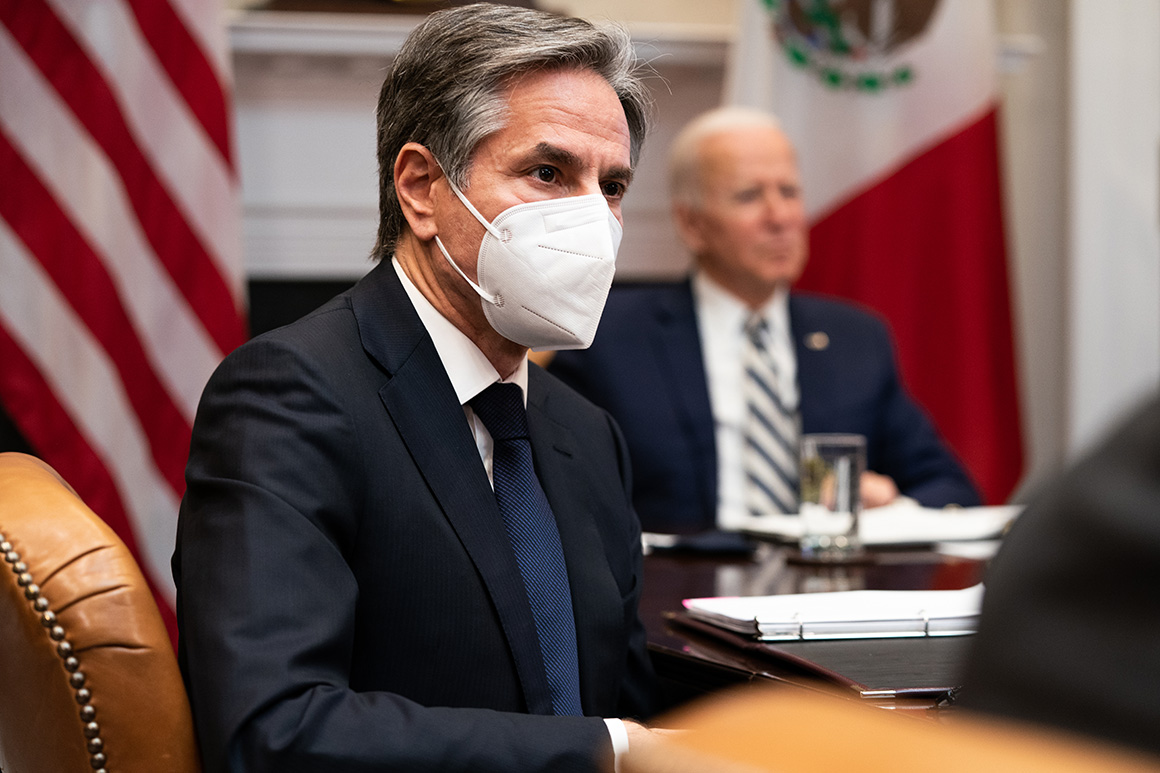 “China is the only country with the economic, diplomatic, military, and technological power to seriously challenge the stable and open international system — all the rules, values, and relationships that make the world work the way we want it to,” Blinken said in the speech, delivered at the State Department.

Most of Blinken’s speech consisted of pledges he and Biden made repeatedly during the 2020 presidential campaign and since Biden won November’s election. But taken as a whole, the speech underscored how much the national security discussion in Washington is shifting away focusing on threats like terrorism and more on competition with “great powers” such as China.

That includes promising to bring an end to the coronavirus pandemic; to make climate change a major focus; to elevate diplomacy while maintaining military supremacy; to exhibit global leadership while also cooperating with foreign allies; to invest in technology; to improve the U.S. immigration system; to battle corruption; and to stand up for human rights.

While he did not specifically mention the Trump administration, Blinken took a number of veiled shots at it. In discussing the need to reform the immigration system, for instance, he alluded to the previous administration’s policies that separated migrant children from their parents.

Blinken acknowledged that the world today is different from 2017, when Donald Trump took over as president, or even from 2009, when many current Biden administration officials worked for then-President Barack Obama.

“We’re not simply picking up where we left off, as if the past four years didn’t happen. We’re looking at the world with fresh eyes,” Blinken said.

That includes more consideration of the ways in which foreign policy, domestic policy and trade issues are intertwined. The Biden administration will weigh how its moves abroad affect American workers, Blinken promised.

“Some of us previously argued for free trade agreements because we believed Americans would broadly share in the economic gains and that those deals would shape the global economy in ways that we wanted,” Blinken said. “We had good reasons to think those things. But we didn’t do enough to understand who would be negatively affected and what would be needed to adequately offset their pain.“

“Our approach now will be different,” he added. “We will fight for every American job and for the rights, protections, and interests of all American workers.”

Blinken also hit another favorite Biden theme: the need to strengthen democracy. He mentioned the Jan. 6 insurrection at the U.S. Capitol in stressing that the work on democracy begins at home, and said the U.S. must lead by example.

“Shoring up our democracy is a foreign policy imperative,“ he said. “Otherwise we play right into the hands of adversaries and competitors like Russia and China, who seize every opportunity to sow doubts about the strength of our democracy. We shouldn’t be making their jobs easier.“

He dismissed, however, some past U.S. attempts to bring about democracy abroad.

“We will not promote democracy through costly military interventions or by attempting to overthrow authoritarian regimes by force,” Blinken said. “We’ve tried these tactics in the past. However well-intentioned, they haven’t worked. They’ve given ‘democracy promotion’ a bad name, and they’ve lost the confidence of the American people.”