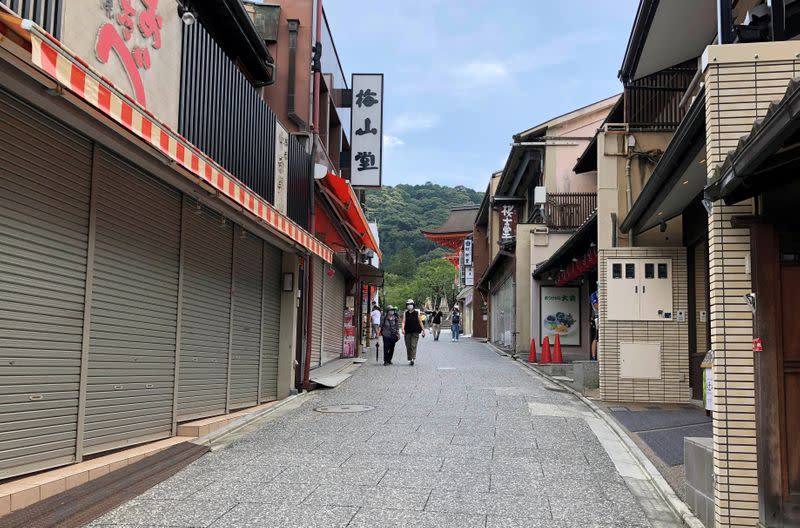 TOKYO (Reuters) – Tokyo will ask the Japanese government to extend a state of emergency by about two weeks for the capital and three neighbouring prefectures due to a slowdown in the decline of COVID-19 cases, the Nikkei business daily reported on Tuesday.

The government had in January placed 11 of its 47 prefectures under emergency restrictions to run to March 7, lifting them early for all but the Greater Tokyo metropolitan area which includes Kanagawa, Saitama and Chiba prefectures.

While new coronavirus cases have fallen significantly from a peak in early January, Tokyo Governor Yuriko Koike had said earlier that the pace of fall had eased, expressing concern that it may not be enough to lift restrictions.

“We may not make it in time,” she told reporters, referring to the scheduled end of the emergency state on March 7.

Tokyo is coordinating with the three other prefectures to request an extension, the Nikkei said late on Tuesday, citing multiple unnamed sources. The four account for about 30% of Japan’s population.

While Japan’s infection numbers pale in comparison to those in hard-hit nations, the situation in Tokyo is closely watched because it is due to host the Summer Olympics from July 23.

Asked about Tokyo’s stance, Prime Minister Yoshihide Suga told reporters that he would “carefully look at the numbers first and consult with experts and other involved,” according to public broadcaster NHK. “Ultimately, I myself want to make the final decision,” he was quoted as saying.

Under emergency measures, Japan asked bars and restaurants to close by 8 p.m. and companies to strive for more telecommuting. It also suspended a popular subsidised domestic tourism programme “Go To Travel”.

Sorgente articolo:
Tokyo to ask for around 2-week extension of state of emergency: Nikkei – Yahoo News