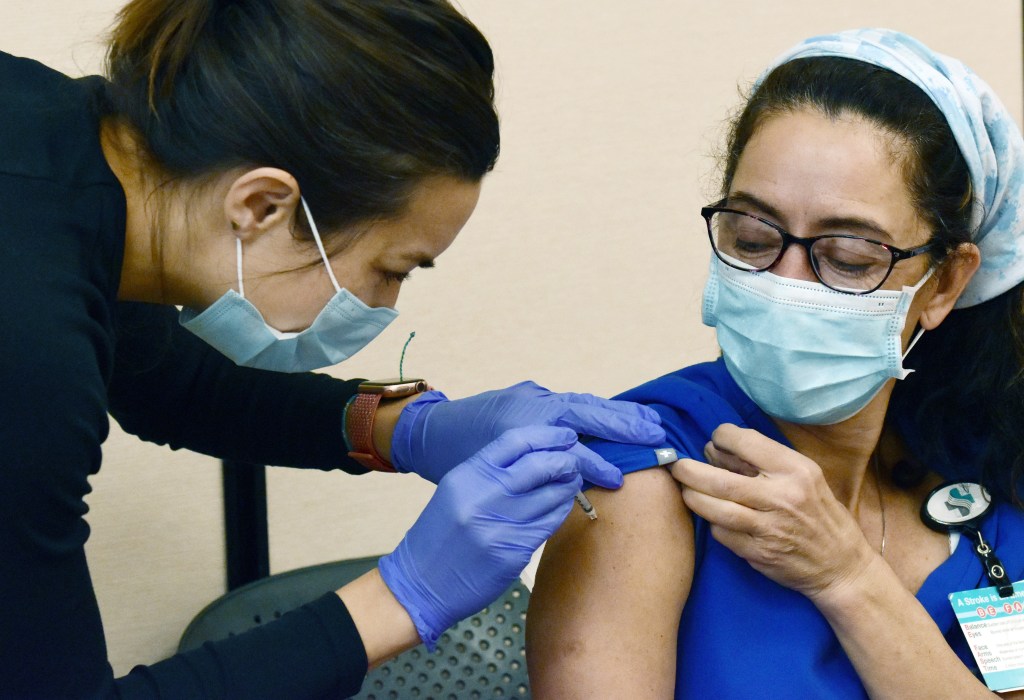 Sparking new frustrations over California’s vaccine rollout, Sutter Health on Tuesday said it may have to cancel about 95,000 coronavirus vaccine appointments across its system because it has not received enough supply.

Many of the health care giant’s customers were surprised to discover their appointments had been cancelled by checking Sutter’s website, sparing some from hours-long drives to clinics as far away as Modesto.

Leonard Migliore, who received his first shot in Los Gatos and was expecting to receive his second dose on March 6, said he did not hear anything about his appointment being scrapped but found it missing when he logged online to check.

Sutter announced Tuesday it will try to reschedule appointments when possible, but the timeline depends on when the state and Blue Shield, which has been tapped to spearhead a centralized vaccine distribution program in California, provides the doses.

The cancellations are a mix of first and second dose appointments, although Sutter says it is prioritizing getting people awaiting their second dose rescheduled. Sutter says it is capable of vaccinating more than 25,000 patients per day across its system, which serves the greater Bay Area, parts of the Central Valley and the Sacramento region.

Some of the cancellations stem from stormy weather that caused widespread delays in vaccine shipments. But some of them are tied to a miscommunication with the state about the number of people in Sutter’s appointment system awaiting inoculation.

The California Department of Public Health did not immediately respond to a request for comment about Sutter’s vaccine supply and what people who are looking for a second dose should do.

Sutter said some counties, such as Santa Clara County, have given the health care provider doses to dispense to residents there, but it’s not enough to make up the gulf between supply and appointments on the books.

The cancellations have left people like Ardath Grant frustrated and scrambling for scarce vaccine appointments elsewhere.

Grant, a former social worker who considers herself a tech-literate young senior, logged onto her online Sutter account recently and noticed her appointment to receive her second coronavirus shot on Friday had disappeared. When she called, Sutter said it was cancelled and advised her to keep checking back.

“It’s just that finding a vaccine, they are making it into a job. And because communication is so poor, it makes it worse,” Grant said.

Grant, who lives in Berkeley, was able to schedule her second shot through the city. But not everyone is so lucky. And while health officials say it’s not crucial to get the second shot at exactly the prescribed time, waiting makes some residents anxious.

Other residents, including one who had planned to drive from the South Bay to Modesto, said they also received no notification. Sutter said it is in the process of notifying second dose patients scheduled through March 9 that their appointments need to be cancelled and they will be contacted over the next 7 to 10 days to reschedule.

Sutter is not the first health care system to have to cancel a large number of appointments. Last month, Kaiser acknowledged that it had cancelled more than 5,000 appointments because of supply shortages.

In the coming days, the state expects to receive more than a million doses of the newly approved Johnson & Johnson coronavirus vaccine, which only requires one dose and is easier to store than the Pfizer and Moderna vaccines. According to state data, California, which has about 40 million residents, has administered more than 9 million doses of vaccine, and state officials said recently they expect to be able to do 3 million vaccinations a week.

Anthony Wright, executive director of Health Access, a Sacramento-based consumer advocacy group, says issues with vaccine shipments are to be expected, but people need clear advice on what to do next.

“This is going to happen, but what we need to do is have clear communication with Californians so they know where they are and know what their options are,” Wright said.

He’s hopeful that Blue Shield’s statewide program will simplify some of the disjointed bureaucracy, particularly when it comes to helping people who have gotten one dose schedule another in the event that their second dose is cancelled.

“That is one thing that hopefully would be improved in a centralized system,” Wright said. “but it’s hard to vouch for a system that hasn’t been online and running.”

Sorgente articolo:
COVID: Sutter cancelling up to 95,000 vaccine appointments because of supply shortage – The Mercury News