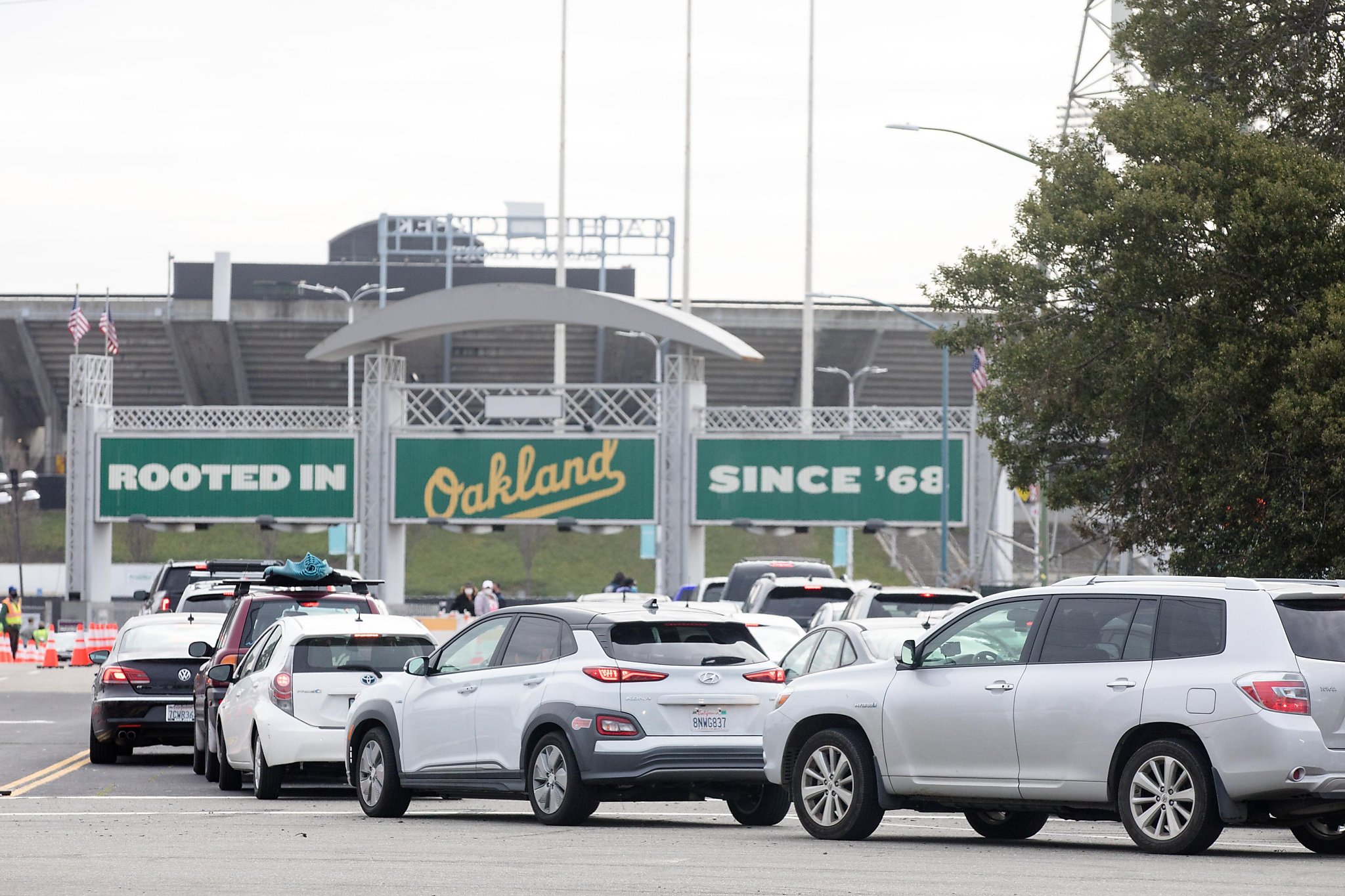 The state of California said Wednesday it cannot substantiate claims made by a KTVU report that a vaccine dose issue at the Oakland Coliseum mass vaccine site on Monday resulted in thousands of people receiving smaller doses of the Pfizer vaccine than recommended.

“We are not aware of any instance of even a single individual being under vaccinated on the Oakland Coliseum site,” Brian Ferguson a spokesperson for Cal OES that manages the site, wrote in an email statement.

Anonymous sources in the KTVU report said that some vaccine recipients received less than the optimal 0.3 ml dose because the syringe’s plunger would not go all the way down into the plastic barrel. As a result, people were injected with less than 0.3 ml of vaccine.

One source told KTVU an estimated 4,300 people received less than the optimal dose. There are some 6,000 people vaccinated a day at the site.

The less-than-0.3 ml doses were administered before 2 p.m. Monday, according to the KTVU sources, who were both identified as EMTs.

The vaccines administered were made by Pfizer, which requires two doses given three weeks apart. The syringes used to administer them are provided by the federal government.

“The state and federal partners providing vaccinations at this site have been working closely with the California Department of Public Health, US Health and Human Services, Centers of Disease Control and Prevention as well as the vaccine manufacture Pfizer to ensure the highest levels of medical care and are adhered to at this site,” Ferguson said.

Dr. John Swartzberg, a professor of infectious disease at UC Berkeley, said if there were people at the Oakland Coliseum who received a smaller dose, “As a physician and knowing how vaccines work, I’m not alarmed by that and I think my patient would be protected, but I want to hear that from people who know more than I do. I would have the FDA scientists and Pfizer advise what we should be doing as they’re going to know what we should do.”

Swartzberg said if he had a patient who received a smaller dose, he wouldn’t advise them to get an additional vaccine or a larger booster shot. He would check with the experts, thinking that maybe a third shot could be needed three or four months down the road.

Pfizer declined to comment for this story. The California Department of Public Health and U.S. Health and Human Services weren’t immediately available for comment.