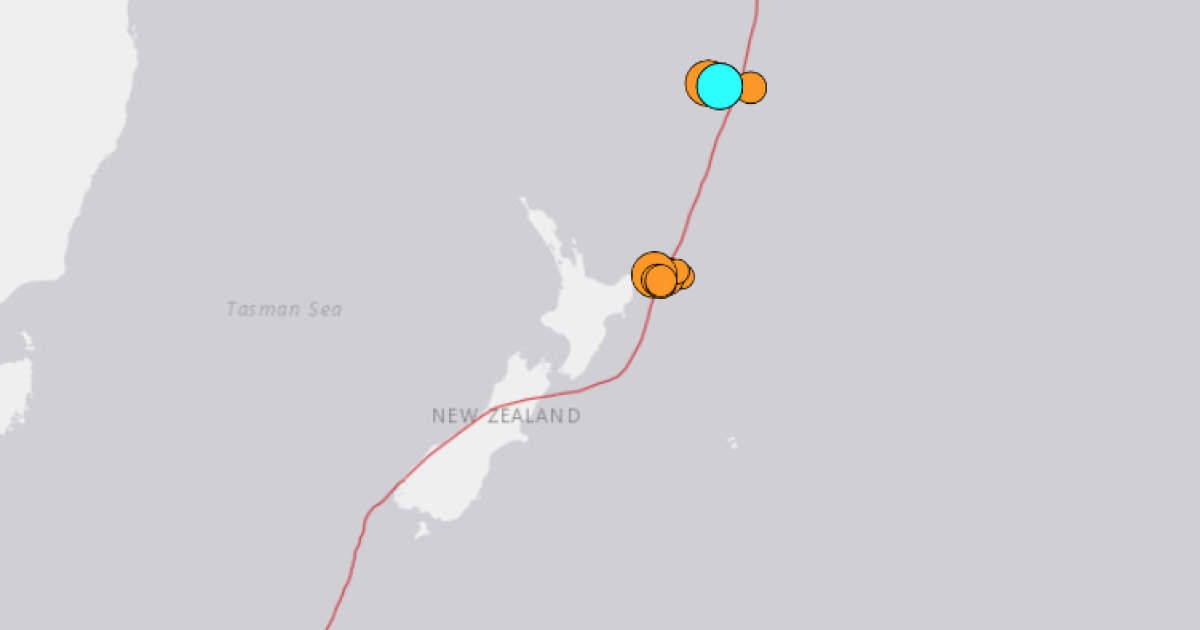 A tsunami watch has been ordered for Hawaii after a magnitude 8.1 earthquake struck in the Pacific Ocean northeast of New Zealand.

The U.S. National Tsunami Warning Center is reviewing data to determine the threat of a tsunami in California and the rest of the West Coast.

The earthquake, which struck Thursday at 11:28 a.m. Pacific time, was being reviewed for the threat to California, Oregon, Washington, Alaska and British Columbia.

A tsunami advisory was issued for the American Samoa, about 1,100 miles from the epicenter, and officials urged people in or near the ocean to move out of the water and away from beaches and harbors. Officials expected the potential impacts for a tsunami in the American Samoa are of waves that are generally no more than three feet above the tide level.

“Based on all available data, there is a threat to American Samoa of sea level fluctuations and strong ocean currents that could be a hazard along beaches, in harbors, and in coastal waters,” the National Tsunami Warning Center said.

New Zealand authorities have issued a tsunami alert for sections of the north island, ordering people in several sections of the island to evacuate immediately. Wave heights in the hardest hit spots could be between 3 feet to 10 feet.

The epicenter of the magnitude 8.1 earthquake occurred about 675 miles northeast of Auckland, nearly 4,000 miles southwest of Honolulu and about 6,000 miles away from Los Angeles.

TSUNAMI WARNING: Areas that need to evacuate are indicated on this map. Evacuate these areas even if you did not feel the earthquake. DO NOT WAIT. A damaging tsunami is possible. More info at https://t.co/ccVFYQQoBr pic.twitter.com/bnEgZy8ikF