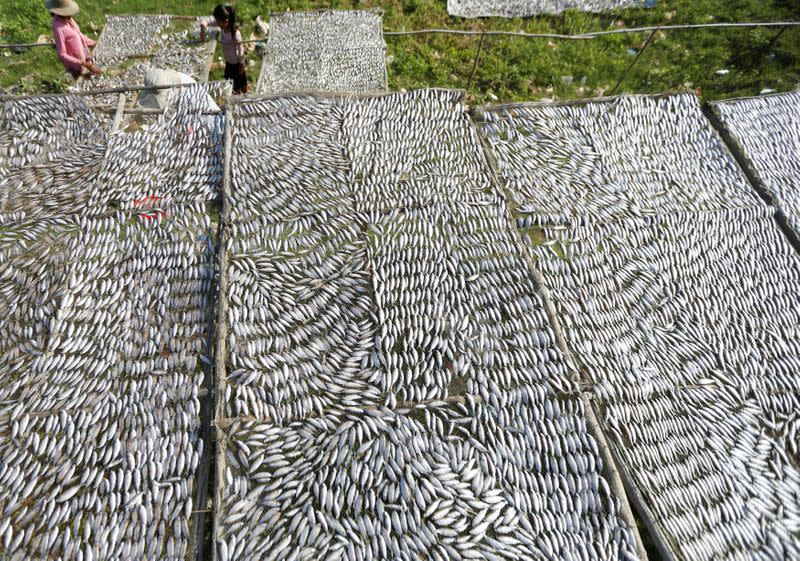 PHNOM PENH (Reuters) – Cambodian fisherman Tin Yusos tucks into a meal of the previous day’s catch with his wife and granddaughter aboard a boat which doubles as their home moored by the banks of the Tonle Sap River.

They plan to set out for another day of fishing in the area of the Tonle Sap and Mekong rivers, though his expectations are low.

The Mekong typically swells in the rainy season where it converges with the Tonle Sap River, causing an unusual reversed flow into the Tonle Sap Lake, filling it up and providing bountiful fish stocks.

But in recent years, the flows to Southeast Asia’s largest lake have at times been delayed, a factor blamed on drought and hydropower dams upstream on the Mekong.

Whether or not China’s 11 dams are harming downstream countries dependent on the 4,350 km (2,700 mile) river has become a geopolitical issue, with the United States urging Lower Mekong nations like Thailand, Vietnam and Cambodia to demand answers.

Marc Goichot, an expert on the region’s waterways at the World Wide Fund for Nature (WWF), said dams and sand mining in particular can contribute to a loss of fish.

“Basically the entire system is under stress and changing,” he said. “We need to address the root causes of those changes and re-establish the key processes like movement of fish.”

Ly Safi, 32, another Cambodian fisherman, said that this year’s catch had been his worst and he felt trapped in a livelihood with little future.

“Some fishermen could save up some money and have left to do businesses on land, but for us we can’t.”