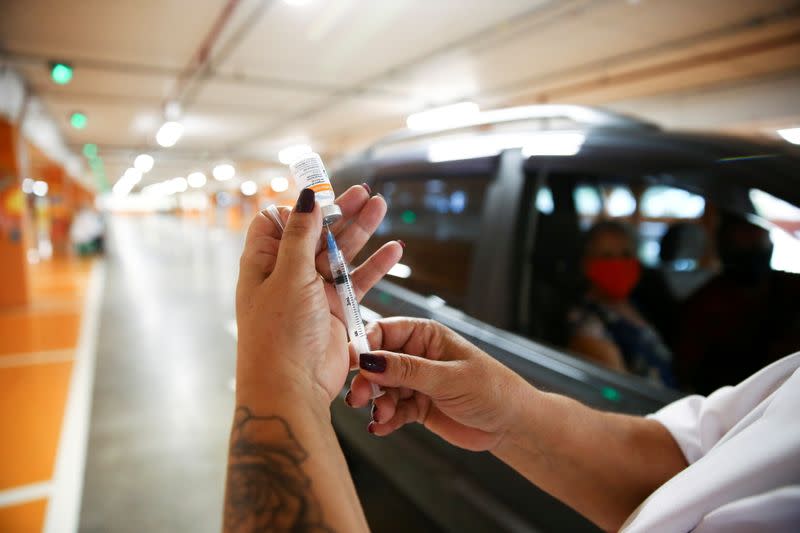 BRASILIA (Reuters) – Brazil’s government has been in talks since March 13 about potentially importing excess COVID-19 vaccines from the United States, the Brazilian Foreign Ministry said on Twitter on Saturday.

The Foreign Ministry and the Brazilian Embassy in Washington, in cooperation with the Health Ministry, are negotiating with the U.S. government, according to the ministry’s tweet.

The White House on Friday announced plans to “loan” 4 million AstraZeneca shots that have already been produced in the United States to Canada and Mexico. The White House has no plans to loan doses to other countries, according to an administration official.

Brazil is facing the world’s second-deadliest outbreak of coronavirus after the United States, that has worsened with a new wave in recent weeks pushing the hospital system to the brink of collapse. On Friday, the Health Ministry reported a daily record of 90,570 new cases in the prior 24 hours, as well as the second deadliest day since the pandemic began.

The federal government has been slow to roll out vaccinations in the country, with some local governments needing to halt immunizations at various points due to lack of supplies.

On Friday, Reuters reported that Brazil’s government had not asked the United States for excess vaccines despite plans to share doses with Mexico and Canada, citing two people familiar with the matter.