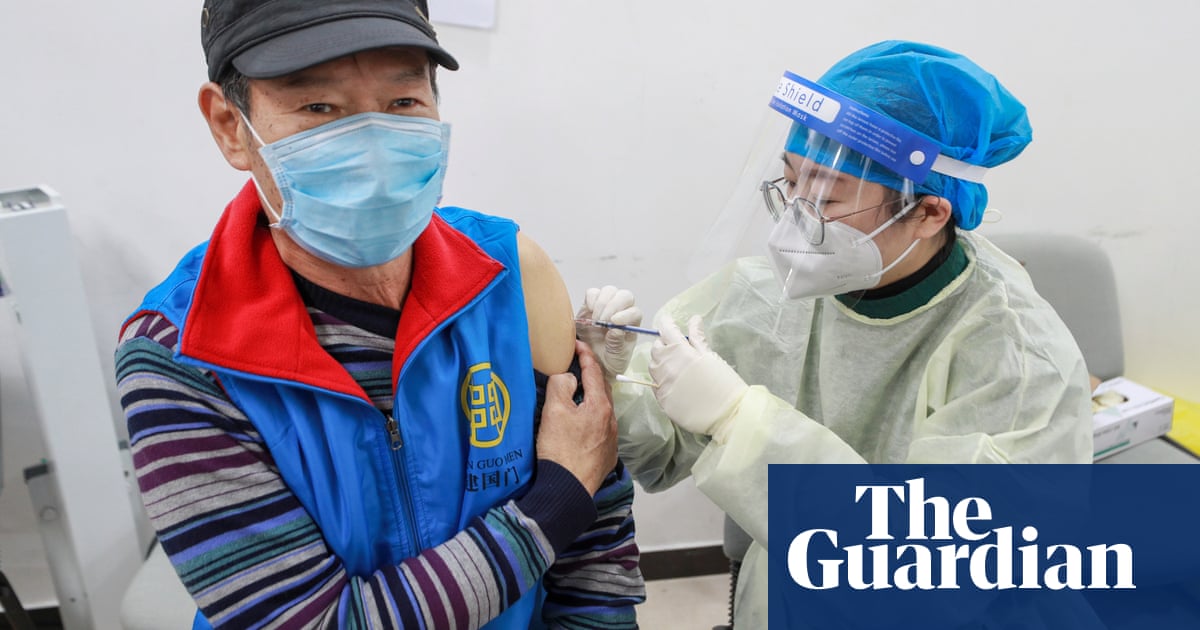 China’s first local coronavirus case since February was a staff worker at a hospital who had received two shots of a vaccine between end-January and early February, state media has reported.

The patient, identified by her surname Liu, had been working in the quarantine area of a hospital in Xian city since 4 March, and was mainly responsible for collecting samples from quarantined people for coronavirus testing, the Health Times reported on Saturday.

The Health Times is listed as a newspaper published under The People’s Daily, the official newspaper of China’s ruling Communist Party.

China had reported the case on Thursday, making it the country’s first locally transmitted case since 14 February.

The Health Times, citing a joint expert group of Shaanxi province where Xian city is located, said Liu was infected after being accidentally exposed while in the hospital’s quarantine area.

The publication quoted Zeng Guang, former chief epidemiologist of China’s disease control and prevention centre, as saying that the protection rate of the vaccine is “not 100%”, and that it is “relatively safe rather than “absolutely safe”, but the public should not doubt domestic vaccines due to this case.

“The efficacy rate of domestic vaccines in preventing severe cases in China is more than 90%, and the overall protection rate is more than 70%,” said Zeng, adding that coronavirus treatment hospitals are high-risk areas where vaccinated medical staff cannot rule out the possibility of infection.

China has developed its own vaccines but Zeng did not specify which vaccine Liu had received.

Thirty-three staff working in the quarantine area with Liu had negative nucleic acid test results, and have undergone centralised medical isolation and observation.

The news from China came as several European countries resumed vaccinating citizens with the AstraZeneca treatment following an all-clear from European Union regulators and the World Health Organization.

Worries that AstraZeneca’s Covid-19 vaccine may cause blood clots had seen countries pause its use recently.

But after the European Medicines Agency said it was “safe and effective”, Germany and Italy announced they were using the jab again as of Friday.

France, where one-third of the population entered a new partial lockdown on Saturday, also brought it back into use on Friday. But just hours later, the national health regulator recommended its use only for over-55s, given the reported blood clots were only seen in younger people.

The Netherlands, Spain, Portugal and Indonesia were also ending their suspensions, while Ireland’s advisory committee is recommending following suit.

Ukraine, which has seen the third biggest rise in new cases in the world this week according to figures compiled by Agence France-Presse, will also impose some restrictions on movements from SAturday. Cases have risen 55% to an average of 11,200 per day this week. Bangladesh saw the highest rise with 92% more new cases this week, while Moldova was third with 78%.

India reported 40,953 new coronavirus cases on Saturday, the biggest daily jump in nearly four months, with its richest state and economic backbone Maharashtra accounting for more than half the infections.

Deaths rose by 188 to 159,404, the health ministry reported, underscoring a resurgence of the virus in the world’s third worst affected country, after the United States and Brazil.

Other European countries such as Italy and Spain have opted for curfews rather than a lockdown in a bid to reduce the rate of transmission.

Belgium and Switzerland, where cases are also soaring, also put off lifting restrictions on Friday.