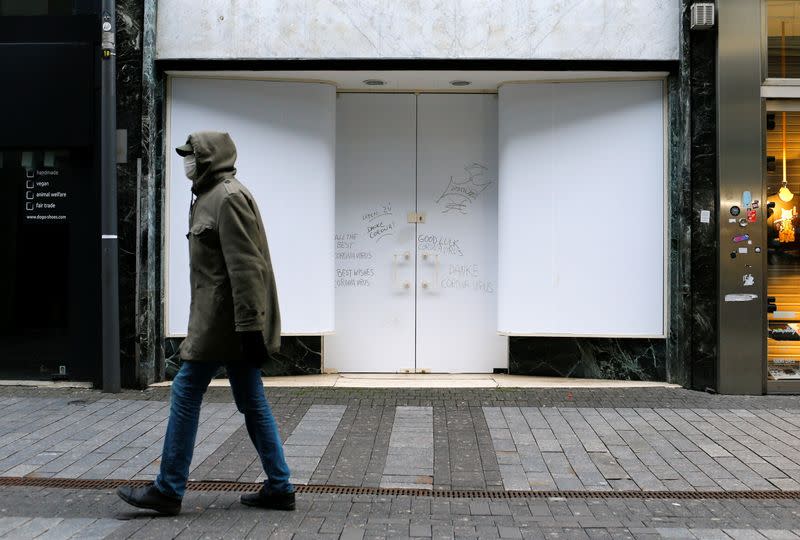 BERLIN (Reuters) – Germany is set to extend a lockdown to contain the COVID-19 pandemic into its fifth month, according to a draft proposal, after infection rates exceeded the level at which authorities say hospitals will be overstretched.

The recommendation is contained in a draft, seen by Reuters, prepared by Chancellor Angela Merkel’s office ahead of Monday’s videoconference of regional and national leaders to decide on the next round of measures to deal with the pandemic.

At their last meeting early this month, the leaders agreed a cautious opening, overriding the objections of Chancellor Angela Merkel, who said more infectious variants had made the pandemic hard to control.

The Robert Koch Institute for Infectious Diseases said the number of cases per 100,000 population over a week stood at 103.9 on Sunday, above the 100 threshold at which intensive care units will start running out of capacity.

The draft says lockdown should continue until April 18 and that an “emergency brake” agreed at the last meeting will be applied to halt any further cautious opening measures in areas that exceed 100 per 100,000.

An earlier proposal, circulated by the Social Democrats, junior partners in Merkel’s coalition, that all returning travellers would face quarantine, even if they had not been in a coronavirus risk zone, was in brackets in the latest draft, meaning it is still under discussion.

The proposal also mentioned possible evening curfews for areas with high case numbers, though a precise curfew time was not mentioned.

The latest draft would also tighten obligations on companies: those who were unable to offer their employees the option of working from home would have to provide them with one COVID-19 test each week, or two if sufficient supplies were available.