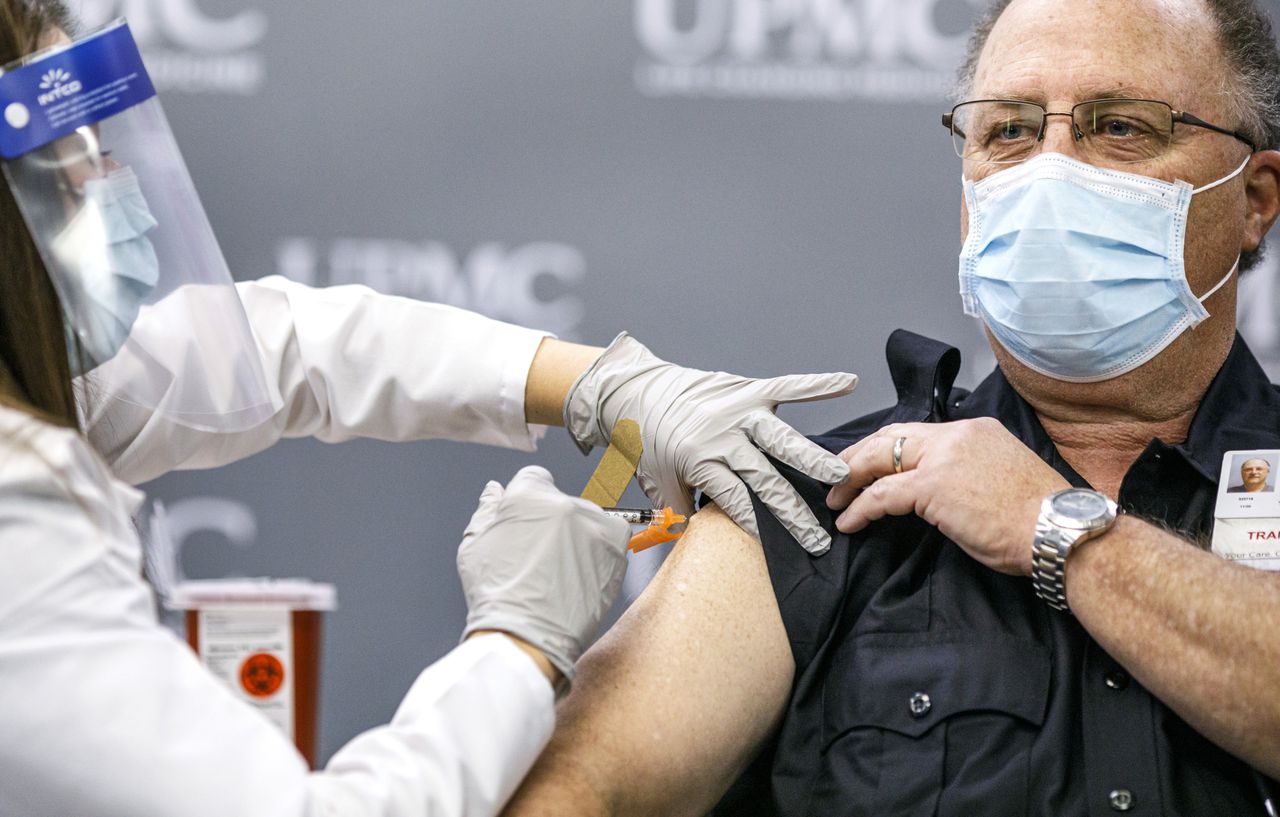 Pennsylvania is shifting its COVID-19 vaccine distribution to larger providers to speed up the rollout, but pharmacists argue the move will make it harder for some people to get the shots.

The Pennsylvania Pharmacists Association said Friday the move will hamper access to many vulnerable people, including Black and Latino residents, seniors and those with disabilities. The group also said it will make it harder for those in rural areas to get vaccines.

“While mass vaccination sites are important to large communities and can supplement other community-based provider vaccination efforts, the reality is that many Pennsylvanians do not live in large communities, nor have the ability to reach some of these sites,” the association said in a statement.

The Pennsylvania Department of Health is making the change in approach starting Monday. The health department said it is temporarily going to restrict vaccine supplies to 200-300 providers. The move will temporarily cut off supplies to hundreds of smaller providers.

Beginning Monday, most of the doses will go to entities including hospitals, government-supported mass vaccination clinics and some pharmacies. But some drug stores and some family physicians won’t be getting shots temporarily. .

“Pharmacies whose supply has been indefinitely suspended will have to disappoint the waiting lists of patients in the thousands that they now have to turn away,” the pharmacists’ group said Friday.

Acting Pennsylvania Health Secretary Alison Beam said the approach is needed to get vaccines out faster. Gov. Tom Wolf’s administration has received criticism over the pace of the rollout, although state officials say they are making progress.

“What we have now is a stronger network of providers who cover 95 percent of the state and are located within a two-mile radius in urban areas, five-miles in suburban areas and 30-miles in rural areas,” Beam said. “Because there are fewer providers we will get more vaccine to them so they won’t run out as quickly as they have in the past.”

The health department said the providers receiving vaccines were chosen based on their ability to give out shots quickly, their geography and their access and ability to reach disadvantaged groups.

The pharmacists’ group urged the health department to reconsider its approach. They said keeping more pharmacists involved will help reduce vaccine hesitancy, saying people have relationships with their pharmacists and will listen to their reassurance about the safety of the shots.

“Pharmacists are among the most universally trusted and accessible healthcare professionals, especially among rural and other at-risk communities including Latinos and African Americans,” the association said int its statement.

Pharmacists have not been alone in criticizing the change in strategy. When state officials outlined the plan last month, family doctors and their advocates protested the move and said it would hamper access in areas that are “vaccine deserts.”

State officials are telling pharmacies, doctors and other suppliers to redirect patients to other providers that will be receiving vaccines. But the pharmacists’ group said that’s not practical.

“Unfortunately, in many instances, there is no other local vaccine provider to turn to for assistance,” the group said.

As federal vaccine supplies have increased, Pennsylvania is getting more shots in arms.

To date, about 2.7 million people have received at least one dose of the vaccine and more than 1.4 million people are fully vaccinated, according to the health department. The state data doesn’t include Philadelphia, which receives its own vaccine supply and is doing its own rollout.

The Wolf administration has reserved the first batch of the Johnson & Johnson vaccines – which require one dose – for teachers, school staff and child care workers. Wolf’s office said Friday that effort is ahead of schedule and most school workers should be vaccinated by the end of March.