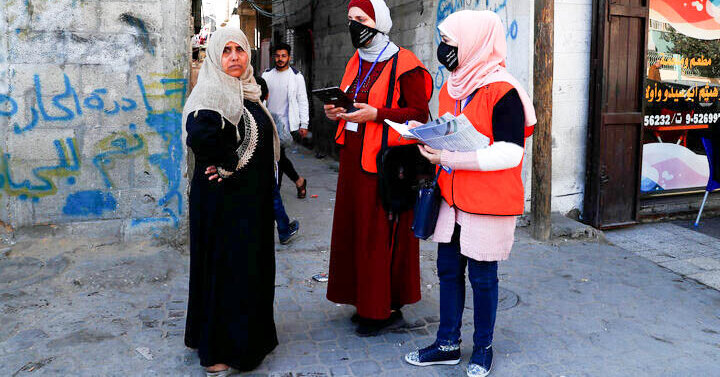 Israeli leaders have paid almost no public attention to the Palestinian election — even though it might conceivably produce a united Palestinian leadership that could present a joint front in peace negotiations with Israel. Conversely, if the vote gives Hamas a bigger role within Palestinian governance, that could also affect Israel’s ability to coordinate with the Palestinian Authority — since Hamas does not recognize Israel and is considered a terrorist group by Israel and much of the international community.

By contrast, many Palestinians keep a close eye on Israeli politics, said Professor Abusada, who said it was “a sad thing” to see Israeli elections stuck in such a repetitive loop. But at least Israelis had the opportunity to vote so often, he said. “We haven’t been able to for a long time,” he added. “It makes us feel cynical about our own political system that we are not able to make any change.”

Within the confines of Palestinian politics, the prospect of an election has nevertheless shaken up some of the alliances and assumptions of the previously moribund Palestinian polity. For the first time in years, Palestinians can imagine the dormant Parliament buildings in Ramallah and Gaza City coming back to life. And Fatah, long the engine of the Palestinian national movement, now faces challenges not just from Hamas but from other parts of secular Palestinian society.

Confirmed or potential challengers include Salam Fayyad, a former prime minister of the Palestinian Authority; Mohammed Dahlan, a former Fatah security chief who now lives in exile in the United Arab Emirates; and Nasser al-Kidwa, a former Palestinian envoy to the United Nations, and the nephew of Yasir Arafat, Mr. Abbas’s predecessor.

All three said they wanted to help found new alliances to compete against Fatah and Hamas, while allies of Marwan Barghouti, an influential Fatah militant jailed in Israel for five counts of murder, said he was considering it.

In Gaza, Hamas faces a threat from a generation of young Palestinians struggling to find work. The unemployment rate in Gaza hovers around 50 percent, largely because of the blockade that Israel has placed on the enclave in order to undermine Hamas’s military activity and rocket production. If Hamas were replaced by a unity government, some Gazans hope, the new leadership might defuse at least some of the tensions with Israel and improve living conditions.

Sorgente articolo:
Palestinians and Israelis Both Vote Soon. The Differences Are Stark. – The New York Times