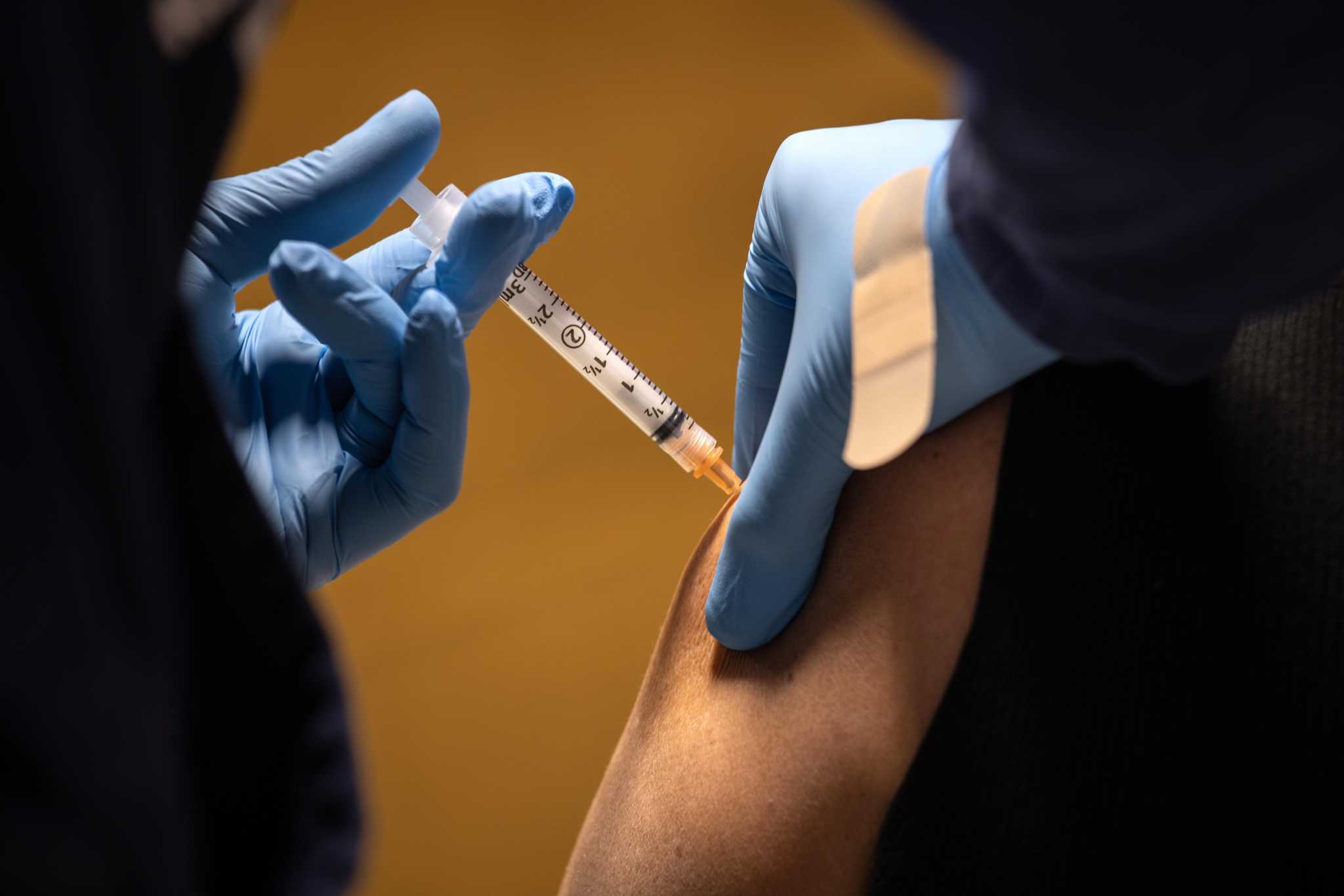 Debbie Malewicki considers herself a “triple risk” for COVID-19.

Malewicki described herself as overweight, verging on obese, as well as a breast cancer survivor with chronic respiratory issues. So when her age group became eligible for a COVID-19 vaccine on Friday, she was pushing for the Moderna vaccine, which she believes is most effective against the virus.

“I really want what’s going to provide the most expansive coverage,” said Malewick, 49, of Monroe.

She’s not the only person shopping for a specific vaccine.

Ruth Brooks, 74, of Guilford, has been calling everyone she can think of for the past week to find out where she can get the Johnson & Johnson vaccine. Brooks said she reached out to the state Department of Public Health, her local health department and senior center and even the library to find out where the vaccine is available.

“I have exhausted, I think anybody that I could think of that could possibly answer this question,” she said.

The former hospital chaplain decided she wanted the single-dose vaccine because she was concerned she might have an allergic reaction to the others. She said she is concerned about side effects after the second shot.

“I wanted the simplest possible inoculation,” she said.

The state has requested providers to indicate which vaccine is being offered since Johnson & Johnson was approved, Josh Geballe, the state’s chief operating officer, said Thursday.

Two of the state’s largest health systems — Hartford HealthCare and Yale New Haven Health — have announced those registering at their facilities can select their preferred vaccine.

Since March 3 when Johnson & Johnson became available, Hartford HealthCare began offering patients the option to choose a specific vaccine or select the option for whichever one is available. Data provided by the hospital system shows a little more than two-thirds of respondents opted to get whatever shot was available.

The hospital system plans to hold Zoom webinars on March 24 and 31 and April 7 called “Weighing Vaccine Options for People with Questions.”

Dr. Gregory Buller, of Bridgeport Hospital, which is part of Yale New Haven Health, said the webinar is being held because so many people were inquiring about which vaccines were being used.

“Because so many people ask about it, we’ll make it transparent what vaccine we’re offering at clinics,” said Buller, who is Bridgeport’s associate chief medical officer and chairman of the department of medicine.

But Buller cautioned against shopping around for a certain vaccine.

“It’s kind of like, if you can get one vaccine tomorrow and another four weeks from now, get the one tomorrow,” he said.

Geballe said most people feel the vaccines are equal, and choose to take whichever is first available to them. Many people do want the single-shot vaccine from Johnson & Johnson, according to Geballe.

“They like that one shot and you’re fully vaccinated,” he said.

“We know that these vaccines are all safe,” said Dr. Albert Ko, a Yale epidemiologist. “They have an excellent safety profile with very rare serious adverse reactions — you know, one in the millions.”

Ko, who co-chaired the governor’s reopening group last spring, had been asked by a reporter whether giving people the option to choose could help convince some who are hesitant about getting vaccinated.

“In terms of the effectiveness of these vaccines, when it really comes to matter in terms of hospitalizations, severe outcomes, they all work equally well,” Ko said. “The most important thing is getting them out to people.”

Many of the clinics listed in the Vaccine Administration Management System, the federal portal that allows those eligible to sign up for an appointment, list the vaccines being offered.

Some vaccine seekers have turned to social media, including the Facebook group, New York/Connecticut Vaccine Hunters and Angels, which has nearly 15,000 members.

Glastonbury resident Emily Stagg, an advanced practice registered nurse, is one of the group’s moderators. Stagg has worked as a volunteer vaccine administrator at several clinics in the state, and is frustrated when she sees people cherry-picking a specific vaccine.

“Six weeks ago, when I first started vaccinating, most people would say ‘Is it Pfizer or Moderna?’ but mostly, they would say they were happy to get any vaccine,” Stagg said. “But today, they say things like ‘Oh rats, it’s Moderna.’”

“I think for a lot of lay people, it’s ‘I don’t want a shot at all, so I want something that’s one and done,’” Stagg said.

But Stagg said she’s tried to explain to people that it’s best to get any vaccine that’s available.

Malewicki said she realizes waiting for a certain kind of vaccine might not be the best approach. When she became eligible to register Friday morning, Malewicki said the earliest appointment she could get for any vaccine was May 31.

Malewicki said she’s sure more appointments will open up, and she still has hope for getting the Moderna — for now.

“If it’s two weeks from now and I’m in the same position, I’m probably going to be less picky,” she said.

Brooks said she feels “almost betrayed,” because she pushed to get a vaccine, but the process has been difficult to navigate.

“People are getting a little antsy and a little pushy about this,” she said. “I’m trying, but I’m not gonna take something I’m not comfortable with.”

Sorgente articolo:
Shopping around for a COVID-19 vaccine? Some say it’s not worth it. – CTPost