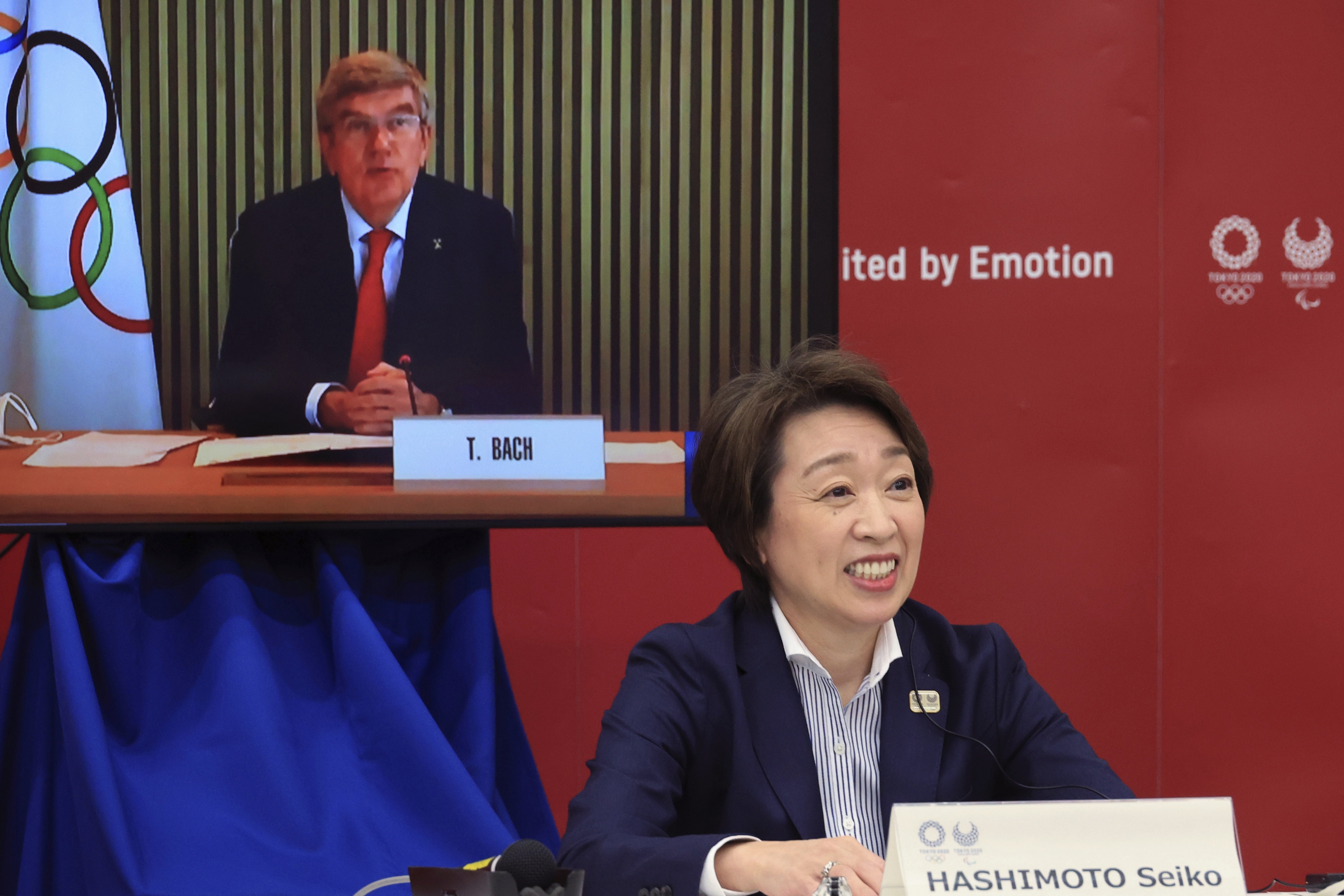 TOKYO (AP) — At last it’s official after countless unsourced news reports and rumors: spectators from abroad will be barred from the postponed Tokyo Olympics when they open in four months.

Japan has attributed about 8,800 deaths to COVID-19 and has controlled the virus better than most countries.

“In order to give clarity to ticket holders living overseas and to enable them to adjust their travel plans at this stage, the parties on the Japanese side have come to the conclusion that they will not be able to enter into Japan at the time of the Olympic and Paralympic Games,” the Tokyo organizing committee said in a statement.

Organizers said 600,000 tickets were sold to fans from outside Japan. They have promised refunds, but this will be determined by so-called Authorized Ticket Resellers that handle sales outside Japan. These dealers charge fees of up to 20% above the ticket price. It is not clear if the fees will be refunded.

Toshiro Muto, the CEO of the organizing committee, said organizers were not responsible for money lost on flights or hotel reservations. He said these did not involve any “contract arrangement with Tokyo.”

Organizing committee President Seiko Hashimoto, who appeared in seven Olympics as an athlete — she won bronze in speedskating in 1992 — said there was pressure to wait longer to make a decision. But she said fans could now plan. She also lamented the move.

“So the fact that spectators are not able to attend the games from abroad — that is very disappointing and it’s regrettable,” she said. “It was an unavoidable decision.”

“We have to take decisions that may need sacrifice from everybody,” he said.

Muto seemed to rule out fans entering who may have received tickets from deep-pocketed sponsors.

“If they are part of the operation of the games, if they are somewhat involved in the operation then there is still a possibility they may be able to enter into Japan,” Muto said. “But solely as spectators for watching games — no, they will not be allowed to make an entry.”

The financial burden of lost ticket sales falls on Japan. The local organizing committee budget called for $800 million income from ticket sales, the third largest income source in the privately financed budget. Any shortfall in the budget will have to be made up by Japanese government entities.

“The ticketing revenue will be in the decline,” Muto said. “That is very clear at this point.”

Muto also hinted at more cuts for people on the periphery of the Olympics. He also said volunteers from overseas would “be dealt with in the same manner” but said details would be forthcoming later.

“But as far as other people related to the games or whether we should maintain the same number — perhaps we will have to reduce the number. That is the consensus. That is the premise,” he said.

Overall, Japan is officially spending $15.4 billion to organize the Olympics. Several government audits say the actual cost may be twice that much. All but $6.7 billion is public money, and a University of Oxford study says these are the most expensive Olympics on record.

About 4.45 million tickets were sold to Japan residents. Organizers are expected next month to announce the capacity at venues, which now will be populated by only local residents.

The ban on fans from abroad comes just days before the Olympic torch relay starts Thursday from Fukushima prefecture in northeastern Japan. It will last for 121 days, crisscross Japan with 10,000 runners, and is to end on July 23 at the opening ceremony at the National Stadium in Tokyo.

The relay will be a test for the Olympics and Paralympics, which will involve 15,400 athletes entering Japan. They will be tested before leaving home, tested upon arrival in Japan, and tested frequently while they reside in a secure “bubble” in the Athletes Village alongside Tokyo Bay, or at venues or training facilities.

Athletes will not be required to be vaccinated to enter Japan, but many will be.

In the midst of Saturday’s meeting, Bach and others were given a reminder about earthquake-prone northeastern Japan — and Japan in general.

A strong earthquake shook Tokyo and triggered a tsunami warning as Bach and others made introductory remarks before the virtual meeting. The strength was put a 7.0 by the U.S. Geological Survey and the location was in northeastern Japan, an area hit by a huge earthquake and tsunami in 2011. About 18,000 were killed in that tragedy 10 years ago.

“I think the screen is shaking. Have you noticed the screen is shaking,” Tamayo Marukawa, Japan’s Olympic minister, said as she made her presentation from Tokyo talking remotely to Bach visible on a screen in Switzerland. “We’re actually in the midst of an earthquake right now.”

Officials there said there were no immediate reports of damage.

Copyright © 2021 The Associated Press. All rights reserved. This material may not be published, broadcast, written or redistributed.

Sorgente articolo:
Spectators from abroad to be barred from Tokyo Olympics – WTOP