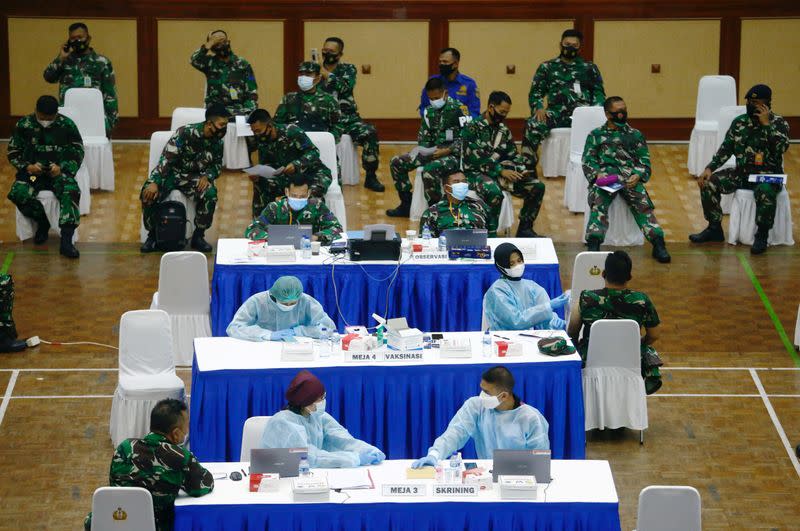 JAKARTA (Reuters) – AstraZeneca said on Sunday its COVID-19 vaccine contains no pork-derived ingredients, countering an assertion in Indonesia, the world’s most populous Muslim nation, that the drug violates Islamic law.

Indonesia’s highest Muslim clerical council, the Indonesia Ulema Council, said on its website Friday that the vaccine is “haram” because the manufacturing process uses “trypsin from the pork pancreas.”

Still, the council approved the AstraZeneca vaccine for use given the pandemic emergency.

But AstraZeneca Indonesia director Rizman Abudaeri said in a statement: “At all stages of the production process, this virus vector vaccine does not use nor come in contact with pork-derived products or other animal products.”

The council and the country’s food and drug agency did not immediately respond to requests for comment.

Indonesian authorities on Friday approved the use of AstraZeneca’s vaccine after reviewing reports that it had caused blood clots among some recipients in Europe.

Indonesia is grappling with one of the worst coronavirus outbreaks in Asia – with 1,455,788 cases and 39,447 deaths as of Saturday.