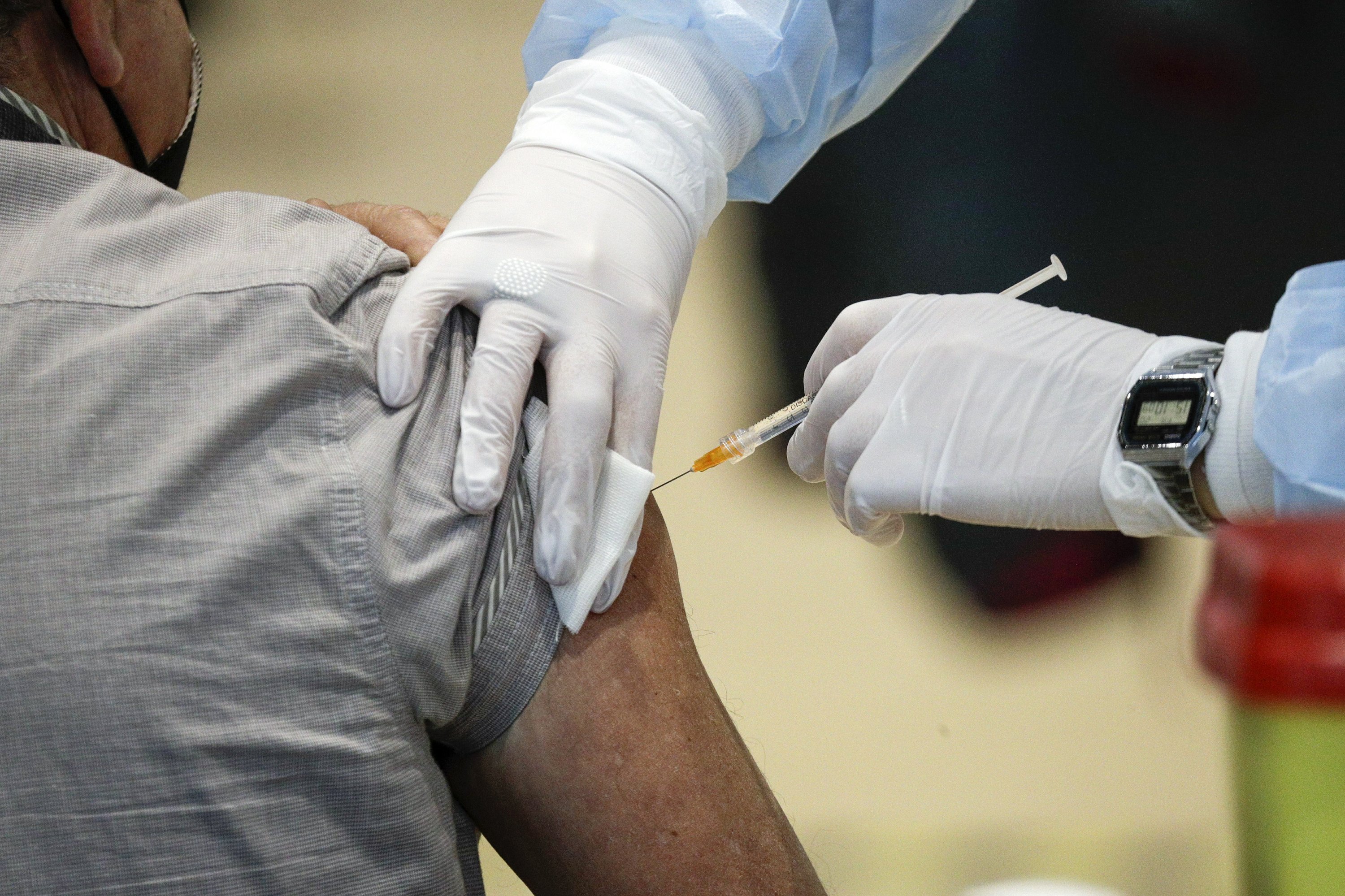 LONDON (AP) — AstraZeneca’s COVID-19 vaccine provided strong protection against sickness and eliminated hospitalizations and deaths from the disease across all age groups in a late-stage study in the United States, the company announced Monday.

AstraZeneca said its experts did not identify any safety concerns related to the vaccine, including finding no increased risk of rare blood clots identified in Europe.

Although AstraZeneca’s vaccine has been authorized in more than 50 countries, it has not yet been given the green light in the U.S. — and has struggled to gain public trust amid a troubled rollout. The study comprised more than 30,000 volunteers, of whom two-thirds were given the vaccine while the rest got dummy shots.

In a statement, AstraZeneca said its COVID-19 vaccine was 79% effective at preventing symptomatic COVID-19 and was 100% effective in stopping severe disease and hospitalization, though it has not yet published full data. Investigators said the vaccine worked across all ages, including older people — something experts wanted better data on. Two doses of the AstraZeneca vaccine were given to people four weeks apart.

“These findings reconfirm previous results observed,” said Ann Falsey, of the University of Rochester School of Medicine, who helped lead the trial. “It’s exciting to see similar efficacy results in people over 65 for the first time.”

The AstraZeneca shot is a pillar of a U.N.-backed project known as COVAX that aims to get COVID-19 vaccines to poorer countries, and it has also become a key tool in European countries’ efforts to boost their sluggish vaccine rollouts.

Dr. Paul Hunter, a professor of medicine at the University of East Anglia, said the results were reassuring but that more details were needed to back up AstraZeneca’s claim that the vaccine was completely effective at preventing severe disease and hospitalization.

”It would be good to know how many severe cases occurred in the control group and so what the confidence intervals are for this 100% figure,” said Hunter, who was not connected to the study. “But this should add confidence that the vaccine is doing what it is most needed for.”

The early findings from the U.S. study are just one set of information AstraZeneca must submit to the Food and Drug Administration. An FDA advisory committee will publicly debate the evidence behind the shots before the agency decides whether to allow emergency use of the vaccine. In the past, the time between a company revealing efficacy data and a shot being authorized in the U.S. has been about a month.

Stephen Evans, of the London School of Hygiene & Tropical Medicine, said the new data is important for two reasons: The findings will reassure the FDA, which is reluctant to rely on data obtained outside the United States, but they could also boost confidence more broadly in the shot.

“The benefits of these results will mainly be for the rest of the world where confidence in the AZ (AstraZeneca) vaccine has been eroded, largely by political and media comment,” he said.

Scientists had hoped the U.S. study would clear up some of the confusion about just how well the shots really work, particularly in older people. Previous research suggested the vaccine was effective in younger populations, but there was no solid data proving its efficacy in those over 65, often those most vulnerable to COVID-19.

Britain first authorized the vaccine based on partial results from testing in the United Kingdom, Brazil and South Africa that suggested the shots were about 70% effective. But those results were clouded by a manufacturing mistake that led some participants to get just a half dose in their first shot — an error the researchers didn’t immediately acknowledge.

Then came more questions, about how well the vaccine protected older adults and how long to wait before the second dose. Some European countries including Germany, France and Belgium initially withheld the shot from older adults and only reversed their decisions after new data suggested it was offering seniors protection.

AstraZeneca’s vaccine development was rocky in the U.S., too. Last fall, the FDA suspended the company’s study for an unusual six weeks, as frustrated regulators sought information about some neurologic complaints reported in Britain; ultimately, there was no evidence the vaccine was to blame.

Last week, more than a dozen countries, mostly in Europe, temporarily suspended their use of the AstraZeneca shot after reports it was linked to rare blood clots — even as international health agencies insisted the benefits of the vaccine outweighed the risks. On Thursday, the European Medicines Agency concluded after an investigation that the vaccine did not raise the overall risk of blood clots, but could not rule out that it was connected to two very rare types of clots. It recommended adding a warning about these cases to the vaccine’s leaflet.

It’s not unheard of for such rare problems to crop up as vaccines are rolled out since trials typically look at tens of thousands of people, and some issues are only seen once the shot is used in millions of people.

France, Germany, Italy and other countries subsequently resumed their use of the shot on Friday, with senior politicians rolling up their sleeves to show the vaccine was safe.

AstraZeneca said it would continue to analyze the U.S. data before submitting it to the FDA in the coming weeks. It said the data would also soon be published in a peer-reviewed journal.

The AstraZeneca shot is what scientists call a “viral vector” vaccine. The shots are made with a harmless virus, a cold virus that normally infects chimpanzees. It acts like a Trojan horse to carry the coronavirus’s spike protein’s genetic material into the body that in turn produces some harmless protein. That primes the immune system to fight if the real virus comes along.