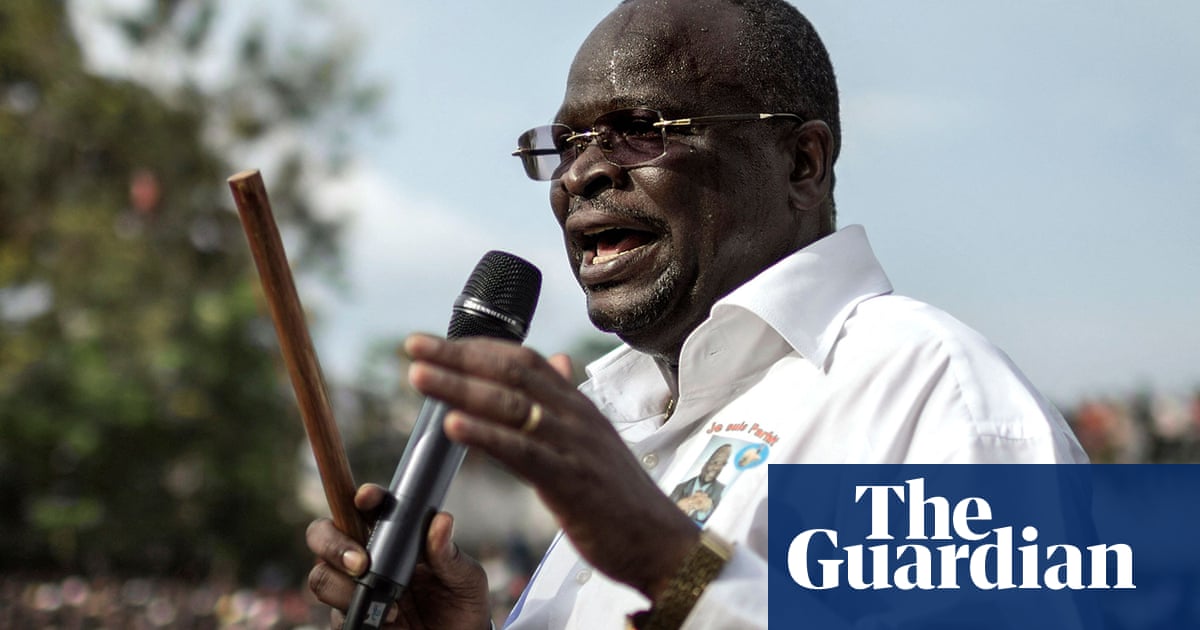 Kolelas died on Sunday of Covid-19 as he was being flown to France for treatment, his campaign director said on Monday, the day after presidential elections.

Kolelas had been seen as the main rival to Denis Sassou Nguesso, 77, who was widely expected to win Sunday’s vote. On Saturday, Kolelas posted a video from his sickbed, declaring he was “battling against death.”

“Rise up as one person … I’m fighting on my deathbed, you too fight for your change,” he urged his supporters, saying the election was “about the future of your children.”

Kolelas came second to Sassou Nguesso in the previous elections in 2016, picking up 15%, according to the official results. He was the only serious contender to the president left on Sunday after a string of boycotts, withdrawn candidacies and exclusions.

“Go and vote for change, then I won’t have fought for nothing,” Kolelas told supporters.

He had dreamed of replacing the country’s longtime leader, Sassou Nguesso, who had forced his father, Bernard Kolelas, to flee.

Nicknamed Pako, he was the fourth of 12 children. He studied economics in France and afterwards taught in French universities. He belatedly entered politics on the advice of his father, an ex-mayor of Brazzaville and former prime minister who fled to Mali with his family in 1997 when Sassou Nguesso fought his way back into power.

“It was when we were in exile that my father asked me to pursue the political struggle,” Kolelas said at a recent rally. “He only said it to me, not the others, as we (were) 12 brothers and sisters.” He returned to Congo in 2005 for the burial of his mother.

Two years later, the MCCI party founded by his father in 1990 signed a deal with Sassou Nguesso’s PCT, and in 2009 the younger Kolelas joined the government as fisheries minister, later becoming minister for public services.

But he distanced himself from Sassou Nguesso by opposing changes to the constitution enabling the president to seek a further term in office. In the run-up to the 2016 election, Kolelas founded his own party, the Union of Democratic Humanists, or UDH-Yuki.

Kolelas was supported in 2016 by a former rebel chief, Frédéric Bintsamou, alias Pastor Ntumi, who like him hails from the Pool region in southern Congo. After Bintsamou disputed the results, Pool erupted into violence, which ended the following year.