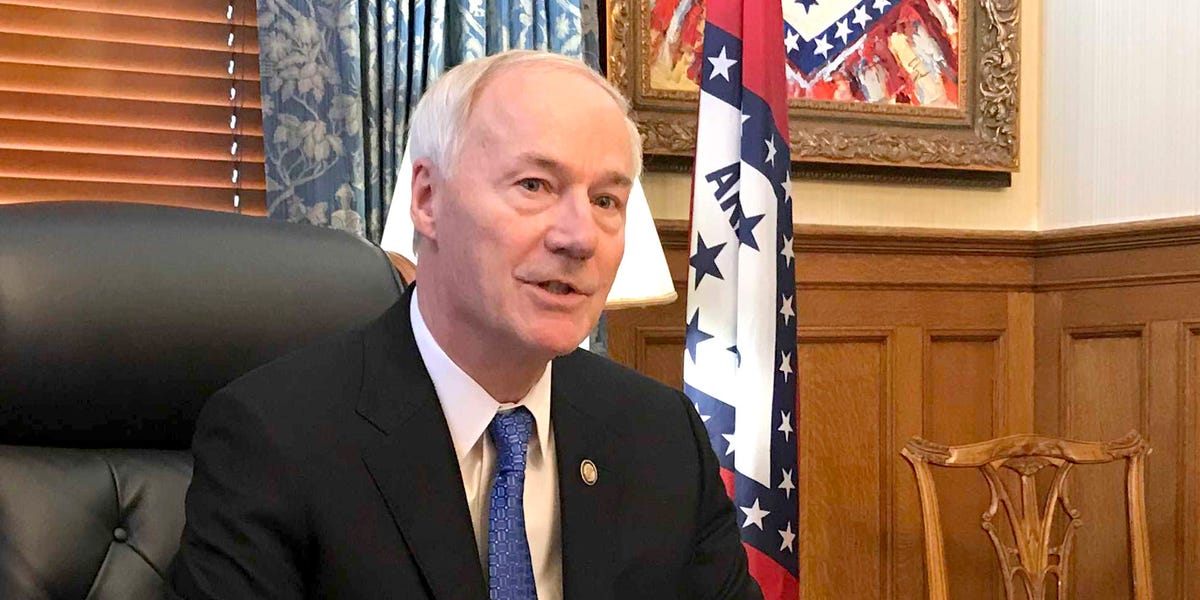 GOP Gov. Asa Hutchinson of Arkansas on Sunday said that the reluctance of many supporters of former President Donald Trump to receive COVID-19 vaccination shots is rooted in “a natural resistance to government,” a sentiment he described as “worrisome.”

During an appearance on CNN’s “State of the Union,” Hutchinson remarked at the conservative nature of his state’s electorate when host Dana Bash informed him of results from a new Yahoo News/YouGov poll which revealed that a full 50 percent of Trump voters indicated that they would “never” get the vaccine.

“I’ve thought a lot about that and I think it’s a natural resistance to government and skepticism of it,” he said. “But you look at the breadth of support here in Arkansas for President Trump, and you have rural voters, you have minority voters, and their hesitancy is worrisome, not just here but all across the country.”

He added: “I expect, as a country, we’ll get the 50 percent vaccination rate of the population, but we’re going to have a harder time getting from 50 percent to 70 percent, and it’s about overcoming the skepticism.”

While former Presidents Barack Obama, George W. Bush, Bill Clinton, and Jimmy Carter all participated in a recent series of public service announcements touting the vaccine, Trump did not to participate.

When asked if Trump should be more vocal about the merits of the vaccine, which the former president and former first lady Melania Trump received shortly before leaving the White House in January, Hutchinson said that messages of support from all leaders would be beneficial.

“Well, I’m delighted that he did get the vaccine [and] promoted that,” Hutchinson said. “I don’t know the story behind as to why he wasn’t in the PSA with the other presidents. Any message is helpful and I think we have to have our leaders, we have to have sports figures, we have to have different representatives of our community, including our political leaders, say [the] vaccine is important.”

Despite Hutchinson reflecting on the severity of the coronavirus, which has killed over 5,500 Arkansans and infected over 328,000 state residents, according to the latest data compiled by Johns Hopkins University, he said that he planned to lift the mask mandate at the end of March.

“We’re a year into this and we know so much more today than we did a year ago,” he said. “We had to educate people to understand the importance of the mask, and I expect even though we take the mask mandate away that people will continue to use the mask when you cannot socially distance. Common sense is going to replace mandates and I think that’s where we are right now.”