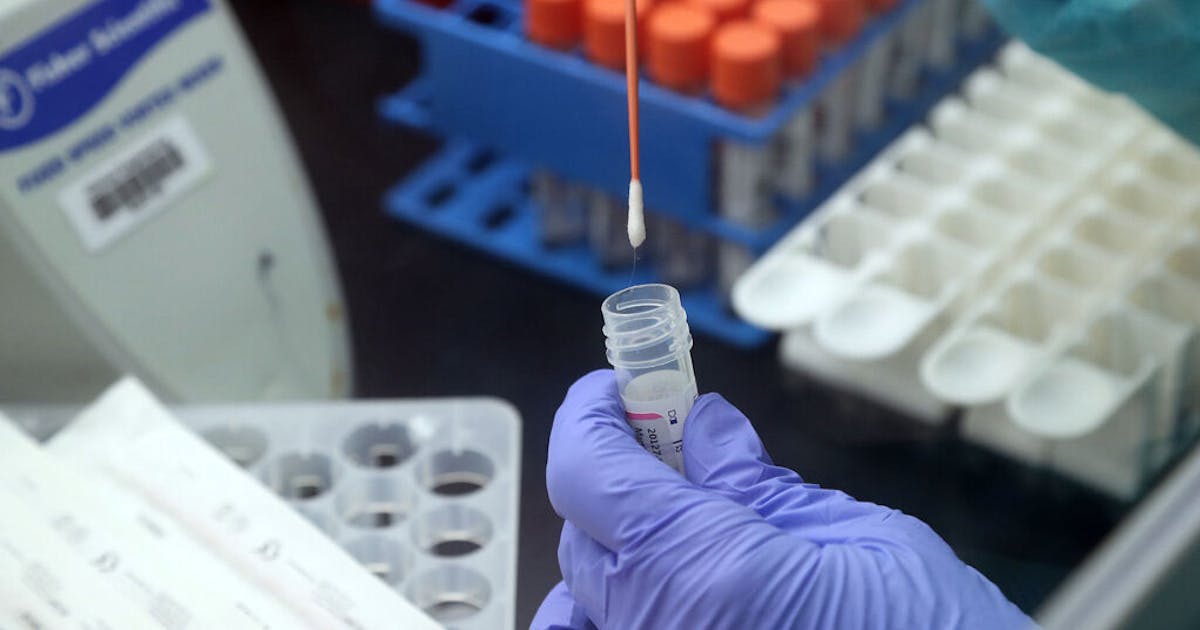 A year ago, people with obvious signs of COVID-19 had a hard time getting tested to confirm a diagnosis, even if they were at the hospital.

Today any Minnesotan can get tested for free by showing up at a community site or having a test mailed to them. Results have been e-mailed back by contractor Vault Health often as soon as 18 hours.

But for those who need results even faster and are willing to pay, the U.S. Food and Drug Administration has authorized several COVID tests that let people test themselves in their own homes and get results delivered in minutes.

Prisoners around the state were among the first to use Minnesota’s initial 300,000 tests because of their unique risk and lack of other testing options, state Health Department officials said.

St. Cloud-based CentraCare has also gotten shipments, which are being used in rural facilities that lack a major testing lab but still need a fast, accurate test for specific groups where timing matters — as with symptomatic patients and employees.

“We looked at many [rapid tests] over the past year, and this is the first one we are using internally,” said Dr. George Morris, physician incident commander for COVID-19 response at CentraCare. “The accuracy of this one is very close to our larger platforms in the complex labs.”

Cue Health aims to sell the nasal swab test over the counter, requiring neither a prescription nor a prison sentence to get one. The company hasn’t said how much it will cost other than that the price will be in line with market rates, and a spokeswoman declined Friday to announce a target date for retail sales.

The average number of tests per day in Minnesota — including tests done privately and those at state sites — peaked late last year.

The Minnesota Health Department reported a net increase of 951 new cases of COVID on Sunday, bringing the statewide total to 505,224.

The state saw five additional deaths attributed to complications of COVID on Sunday in people over the age of 60. Only one of them lived in long-term care or assisted-living.

Meanwhile, about 168,000 people received a dose of vaccine in the past seven days. So far about 840,000 Minnesotans have completed their vaccine course of one or two shots, depending on the vaccine, which is about 24% of the state’s vaccination target.

Even with vaccines becoming more widely available, public health officials say testing for the virus will remain an important tool for controlling the pandemic, whether at the doctor’s office, pharmacies, community testing sites or at home.

While the Cue Health test is not yet available for retail purchase, Abbott Laboratories’ BinaxNow test is. The test costs $150, plus shipping, for a box of six and is available through Abbott’s prescribing partner, eMed.com. It showed 92% positive agreement with traditional lab test results.

The BinaxNow at-home test ordering system requires users to have a reason that makes them eligible. For example, a user can order a test if they check a box that says, “Test taker has potentially been exposed to COVID in the past 14 days.”

The BinaxNow test and other rapid tests are available at retail pharmacy sites, which can be found by selecting one of the “rapid result” options under the drop-down menu for “Test Type” at mn.gov/covid19/get-tested/testing-locations/index.jsp. These results are often available in a few hours or less.

The BinaxNow test detects antigens to the SARS-CoV-2 virus, while the Cue Health test amplifies and detects the virus’ genetic molecules directly. The Centers for Disease Control and Prevention says that while antigen tests are generally less sensitive, molecular tests run the risk of detecting traces of dead virus.

The only other two rapid at-home options authorized in the U.S. are made by Ellume Ltd. and Lucria Health.

The Lucria test is sold directly to health care providers. An Ellume spokeswoman said the company is planning to announce when “in coming weeks” its $30 test will be available in stores.

In addition to rapid at-home tests, the U.S. Food and Drug Administration has authorized dozens of at-home collection kits. Those tests, including the one mailed out by the state Health Department’s contractor Vault Health, typically take at least a day to get a result because a sample has to be mailed to a lab.

Proponents of accessible COVID testing say the overall prices of all those tests are still too high for surveillance of asymptomatic populations. Instead they urge the use of “pooled testing,” in which samples from asymptomatic peer groups are tested together and can cost as little as $13 per test.

Although the U.S. is averaging more than 2 million doses of COVID vaccine administered per day, public health officials say the need for testing of all types will remain important for months to come.

Assistant Health Commissioner Dan Huff last month urged students returning to in-person classes or athletics to get tested every two weeks through the end of the academic year.

“We must remain vigilant to avoid another wave,” Huff said. “Vaccinations are coming and continue to increase, and that is fantastic news. But we are not there yet. We don’t have enough vaccines in arms to stop the next wave of cases.”