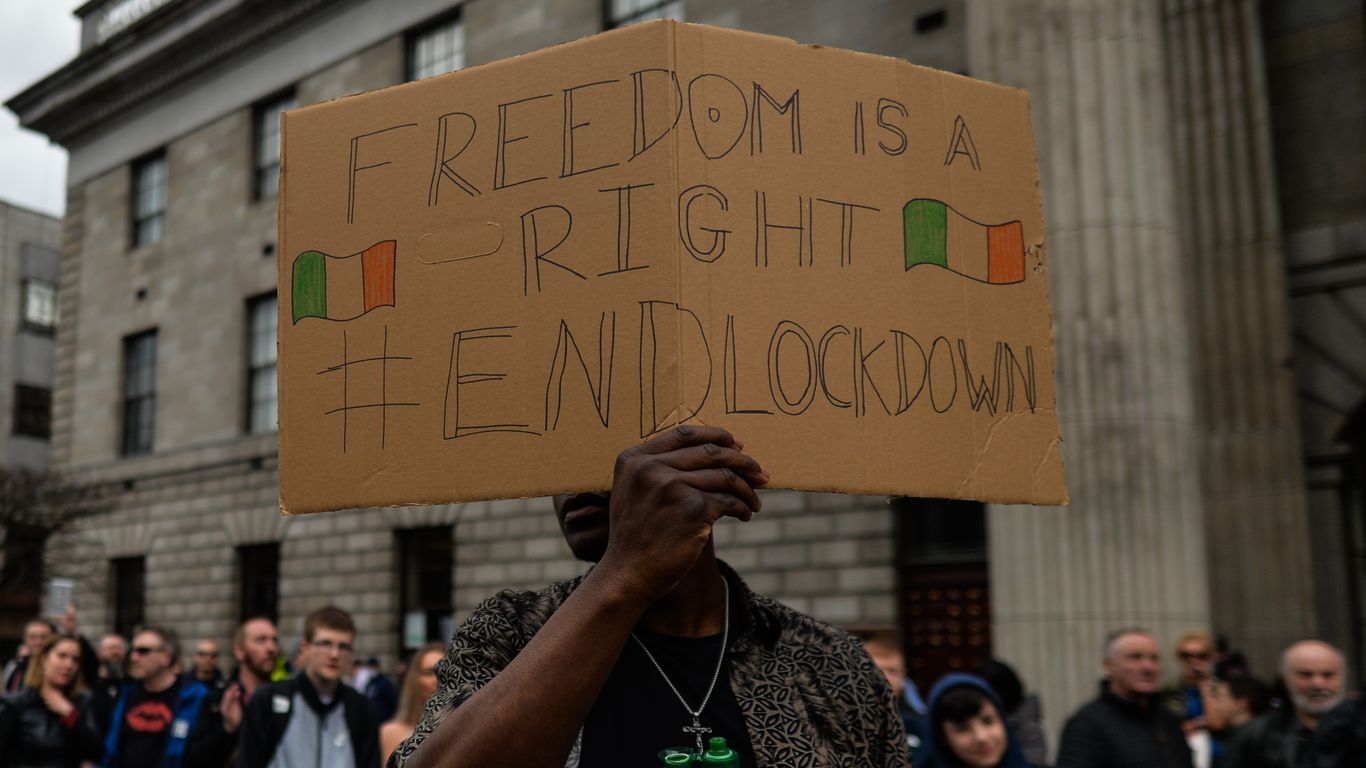 Several European cities saw anti-lockdown protests on Saturday, with some leading to clashes between demonstrators and police.

Why it matters: As case numbers and variants in Europe surge, the vaccine rollout has been sluggish and countries have gone back into lockdown. The protests are part of the rising frustration with COVID-19 restrictions on the continent.

Details: Around 20,000 people filled the streets of the German city of Kassel to protest the lockdown, Deutsche Welle reports.

Thousands of protestors also turned out in London on Saturday to protest the months-long lockdown, the same day as Members of Parliament called for lifting the restriction on those demonstrating, NPR reports. Because of COVID-19 restrictions, it is illegal to gather to protest.

Smaller protests also took place in other parts of Europe. In Helsinki, 400 maskless people demonstrated against the imposed restrictions, according to France 24.