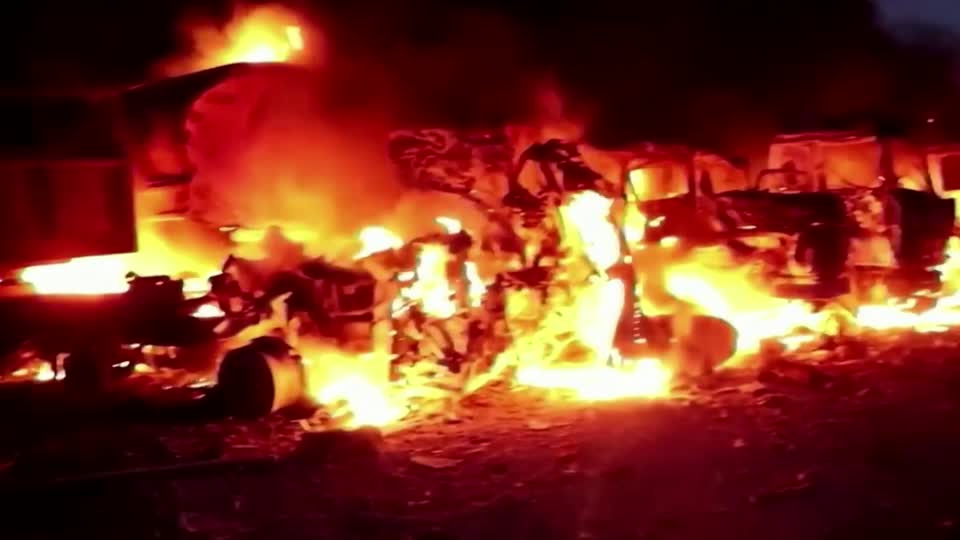 A woman and a child were among seven civilians killed when mortar rounds hit a hospital in the city of Atareb.

Reuters could not verify their authenticity.

The Turkish Defence Ministry said Syrian army forces were behind that attack.

“Four air raids were carried out by a Russian warplane and targeted the Bab al Hawa area that is located at the Syrian-Turkish border. The strike resulted in several injuries and there is no confirmed information related to the number of martyrs. There are huge fires and our teams are working to extinguish them.”

The gas facility targeted was near Samada city in Idlib province.

It’s the latest attack on fuel facilities that are an economic lifeline for a region home to more than four million people.

Syria and Russia say they only target militant groups and deny any indiscriminate shelling of civilian areas, or deliberate attacks on hospitals and infrastructure.

Last March, Turkey and Russia, which back opposing sides in Syria’s war, agreed on a ceasefire to halt an escalation of violence in Idlib.