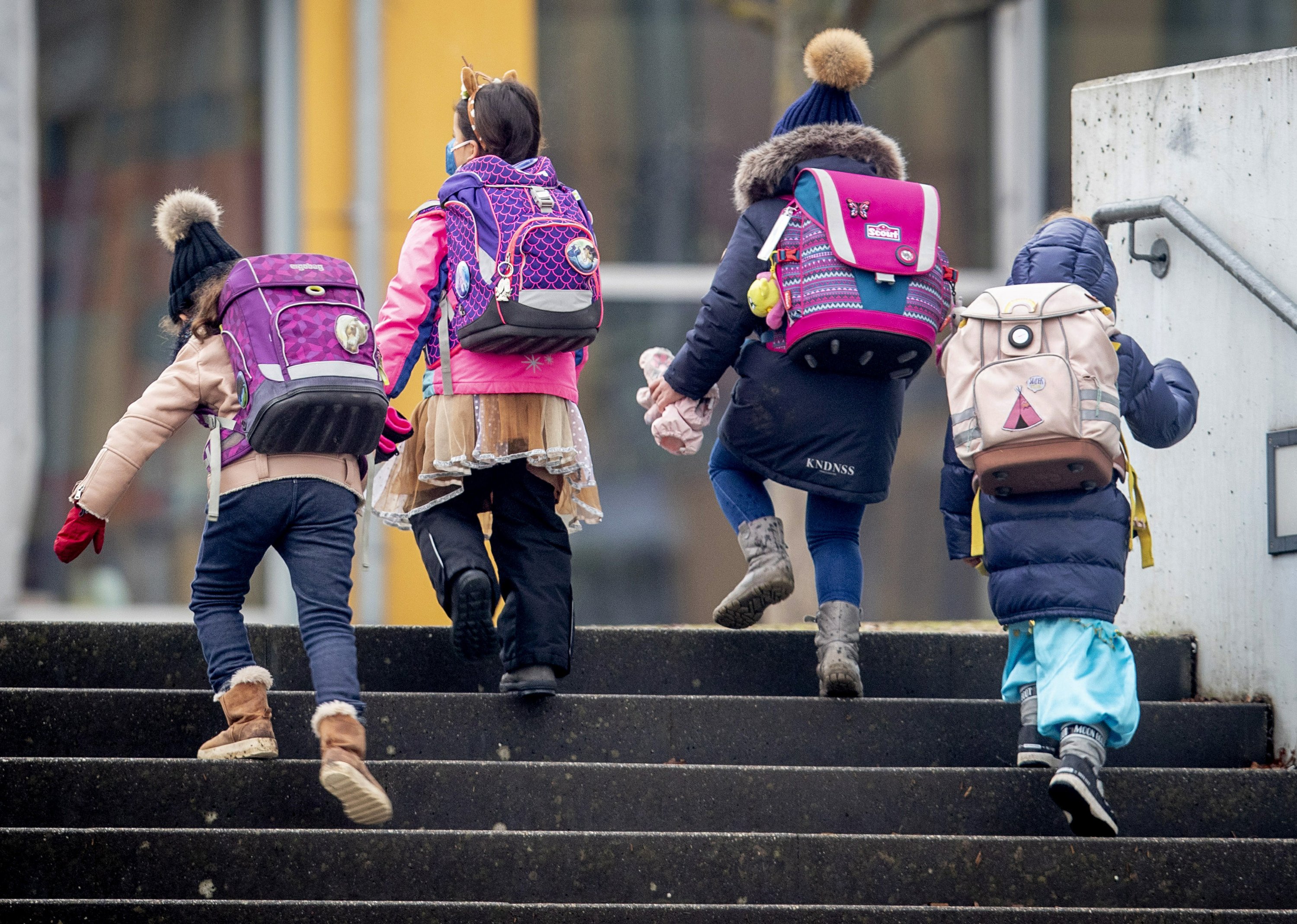 BERLIN (AP) — Under pressure to ease Germany’s virus restrictions, officials last month agreed to gradually reopen schools. Confirmed COVID-19 cases started climbing again, leading some states to backtrack while others pressed on and insisted that in-class teaching must be the rule.

Caught in the middle are students, parents and teachers such as Michael Gromotka, whose plans to teach art to his year 7-9 students were upended last week when the state of Berlin nixed their return to school after months of remote learning.

“It was all very chaotic,” Gromotka said. “We got less than a week’s notice.”

Gromotka, who is married to a fellow teacher and has a child in primary school, says the back and forth reflects the absence of a coherent strategy in Germany for how to safely keep schools open.

Authorities in Berlin purchased about 1,900 air filters that experts say will reduce the risk of the virus spreading throughout classrooms. But the available number is only enough to supply each of the capital’s 900 schools with about two devices.

Berlin’s online teaching platform is so overloaded during the day that some elementary school students must wait until 6:30 p.m. to have their video lessons. More reliable commercial systems were rejected over privacy concerns.

And while Berlin now offers free tests for staff and students, there is no requirement for anybody to take them before going to school.

He launched a petition demanding that secondary school teachers be given priority when it comes to getting coronavirus vaccines, arguing that they deserve the same protection as elementary school and kindergarten teachers because of the large number of students they come into contact with each week.

Like other educators, Gromotka says officials have failed to learn the right lessons more than a year into the pandemic.

Figures published by Germany’s disease control agency, the Robert Koch Institute, show the number of weekly confirmed cases among under-15s more than doubled over the past month as more children returned to schools and kindergartens.

The proposal to prioritize all teachers for vaccinations, like Italy is doing, has gained support from some education unions.

“We can’t pretend that schools are isolated from the rest of society,” said Juergen Boehm, who chairs VDR, an association representing certain secondary school teachers across Germany.

The former principal says it’s nearly impossible to police mask-wearing and social distancing rules in school hallways and buses, and that giving all of the country’s 1 million teachers the shots to protect them from COVID-19 would mean “far fewer problems.”

Likewise, Boehm backs a system of regular compulsory testing — if necessary, with help from the Red Cross or the army — and a firm threshold for reverting to online teaching in regions that top 100 new weekly cases per 100,000 inhabitants.

Many counties and cities already exceed that limit, which Chancellor Angela Merkel and Germany’s 16 state governors agreed should trigger an “emergency brake” on looser restrictions. But several states have insisted that schools must nevertheless remain open, arguing that it is in children’s best interest to go to school.

As Merkel meets again with governors Monday to discuss extending the lockdown measures, some state officials are suggesting the threshold for closing schools and kindergartens should be as high as 200 newly confirmed cases a week per 100,000 inhabitants.

So far the government has said there’s little it can do under Germany’s federal system to enforce nationwide rules for schools. As in the United States, education policy is largely the purview of Germany’s 16 states.

Boehm says he supports the principle of local control of schools but thinks there needs to be a clear rule for all in a situation like the pandemic.

Lothar Wieler, the head of the Robert Koch Institute, said earlier this month that from an infection control perspective, “closing (schools) would of course be a good step.”

But he acknowledged that factors other than medical concerns should be considered, too, and said in-class teaching could continue if “intelligent plans” were put in place to ensure it was safe.

The institute has proposed how that could be done with rigorous testing, mask-wearing and hygiene policies that would significantly reduce the risk of infection.

“It just needs to be implemented,” Wieler said.

Amid growing fears among weary parents that schools will be closed again soon, the federal government recently boosted funding for school test kits but refrained from imposing rules for how to use them.

“It’s the responsibility of the states to organize this,” Merkel’s spokesman, Steffen Seibert, said.

Germany’s minister for families, Franziska Giffey, said Monday that kindergarten children should also be tested regularly, given the rising cases there. She suggested parents should be responsible testing their own children.

Gromotka said teachers want schools to be safe and reliable however that is accomplished, but that a clear testing strategy and vaccinating all teachers would be good ways to start.

“Otherwise I fear that schools will soon have to close again, and that would be terrible for everyone involved,” he said.