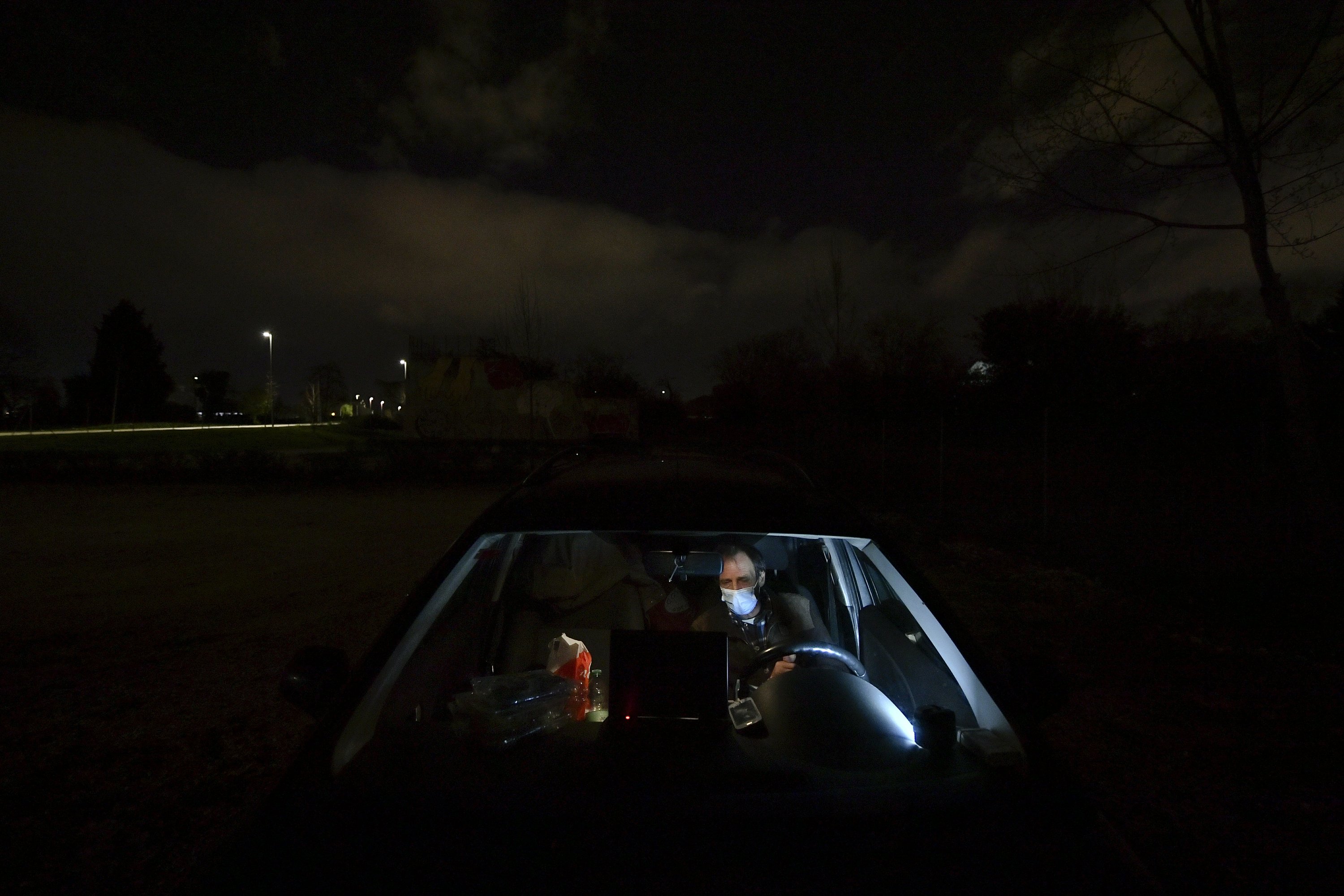 PAMPLONA, Spain (AP) — When the social worker called to tell Javier Irure that he was being evicted, the 65-year-old Spaniard couldn’t fathom that he could end up homeless after five decades of manual labor.

“I grabbed some clothes, a few books and other things, wrapped them up in a bed sheet and told myself, ‘I have one more roof to put over my head: my car,’” Irure said from inside the old Renault Clio compact that has been his shelter for the past three months.

Irure belongs to the multitude of economic victims of the coronavirus pandemic. He managed to avoid getting COVID-19, but the labor slowdown caused by restrictions on movement and social activities the Spanish government imposed to control the spread of the virus proved lethal to his financial stability.

Irure, who started working at age 13 as a hotel bellhop, was working as a professional cleaner when the pandemic hit Spain last year and dried up his sources of income. It was not long before Irure was turned out of his rented apartment.

He tried to get help from public social services, but he relies on aid from local charity group Ayuda Mutua.

“You feel like a pendulum” dealing with the official bureaucracy, Irure said. “Going from one window to another, from calls that are never answered to vague promises.”

The pandemic has been particularly hard on Spain’s economy due to its reliance on tourism and the service sector. The country’s left-wing government has maintained a furlough program to reduce the impact, but over a million jobs have been wiped out.

While close-knit families have sustained many citizens who otherwise might have ended up destitute, confining people at home also has strained Spanish family life, as seen in a spike in divorce rates. The breakdown of households has left more individuals on their own.

Catholic aid organization Cáritas Española said earlier this month that around a half-million more people, or 26% of all its aid recipients, have reached out for help since the start of the pandemic. Cáritas opened up 13 centers dedicated to assisting the homeless since the pandemic began.

Like Irure, Juan Jiménez had no option but to live in his car, a second-hand Ford where he has slept for close to a year.

Jiménez, 60, saw his mortgage payments spiral out of control and his marriage crumble after he and his wife bought a bigger house. The 620 euros ($740) he received in government aid in recent months went to his seven children, he said.

“I dream of having all my children under one roof, but it is better that I am here,” Jiménez said. “They have their lives, and I would only be a problem.”

Jiménez and Irure move their cars from one parking spot to another on the outskirts of the northern Spanish city of Pamplona, where they once had homes. They do so to avoid drawing attention to themselves.

“When I wake up in the morning, I ask myself, ’What am I doing here?’” Jiménez said from his car, which is cluttered with clothes, blankets, and bags stuffed with all that he owns.

AP writer Joseph Wilson contributed to this report from Barcelona.