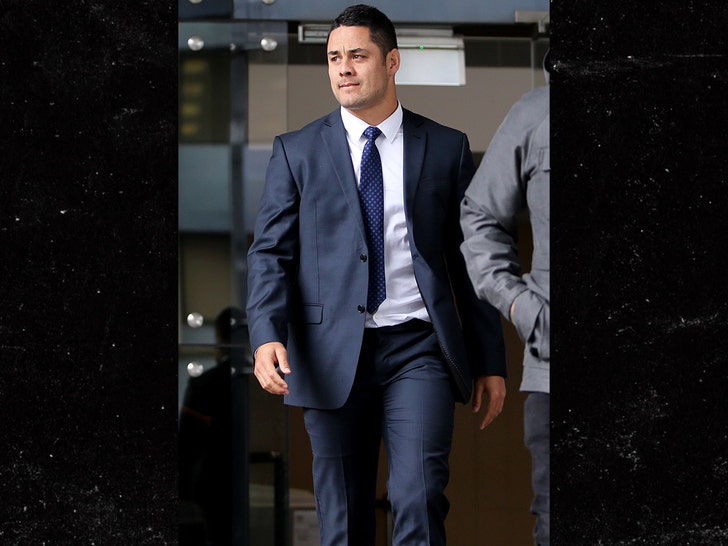 A jury in Sydney, Australia found the 33-year-old guilty of two counts of sexual intercourse without consent … after a woman had accused Hayne of getting violent with her in bed in Sept. 2018.

The woman claimed Hayne had performed sexual acts on her without her consent … and caused her serious injuries.

A jury was hung on the charges at a trial last year … but a second jury convicted Hayne of the two counts of sexual intercourse without consent Monday after an 18-hour deliberation.

The jury found him not guilty of aggravated sexual intercourse without consent.

Hayne — who will have his sentencing hearing on May 6 — is now facing up to 14 years in prison.

Jarryd spoke with media members outside of the courthouse after the verdict Monday … and said he’d appeal the decision, insisting once again he was innocent.

“I’d rather go to jail knowing I spoke the truth than be a free man living a lie,” Hayne said … “It’s unfortunate, it’s disappointing. But at the end of the day, they’ve come to the decision. I respect that.”

Hayne is a huge celeb in Australia — gaining fame for his accomplishments on the rugby pitch.

He famously left the sport in 2015 for a brief stint with the San Francisco 49ers … but things ultimately didn’t work out despite flashes of some potential on the NFL field.