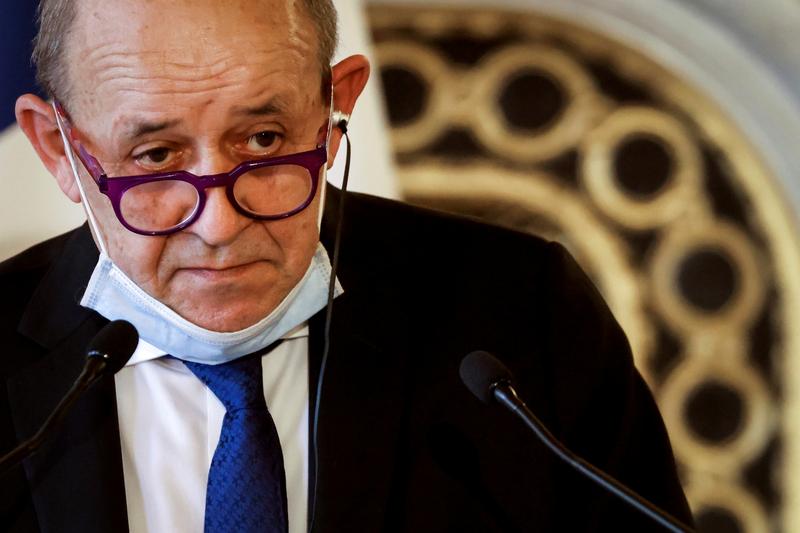 PARIS (Reuters) -France’s foreign ministry has summoned China’s ambassador over repeated insults and threats aimed at French lawmakers and a researcher and a decision by Beijing to sanction officials across the European Union.

“The words of the Chinese Embassy in France and the actions against European elected officials, researchers and diplomats are inadmissible,’ Foreign Minister Jean-Yves Le Drian wrote on Twitter on Monday. “I requested that the Chinese ambassador be summoned to remind him firmly of these messages.”

The United States, the European Union, Britain and Canada imposed sanctions on Chinese officials on Monday for human rights abuses in Xinjiang, in the first such coordinated Western action against Beijing under new U.S President Joe Biden.

China’s ambassador Lu Shaye had already been summoned by the French foreign ministry last April over posts and tweets by the embassy defending Beijing’s response to the pandemic and criticising the West’s handling of the outbreak.

The embassy wrote in a Tweet that the ambassador would go to the foreign ministry on Tuesday to discuss the EU sanctions and questions linked to Taiwan.

His embassy last week warned against French lawmakers meeting officials during an upcoming visit to self-ruled Taiwan, drawing a rebuff from France..

Since then it has been in a Twitter face-off with Antoine Bondaz, a China expert at the Paris-based Foundation for Strategic Research, in which the embassy described him as a “small-time thug”.

Earlier on Monday, the embassy said the EU sanctions were based on lies and misinformation, which was an interference in China’s internal affairs.

The French foreign ministry said it would also summon the ambassador to protest the decision by the Chinese Foreign Ministry to sanction several European nationals, including French Member of the European Parliament Raphaël Glucksmann.

“It is not by attacking academic freedom, freedom of expression and fundamental democratic freedoms that China will respond to the legitimate concerns of the European Union, nor that it will foster dialogue with the 27” countries in the EU, ministry spokeswoman Agnes von der Muhll told reporters in a daily briefing.