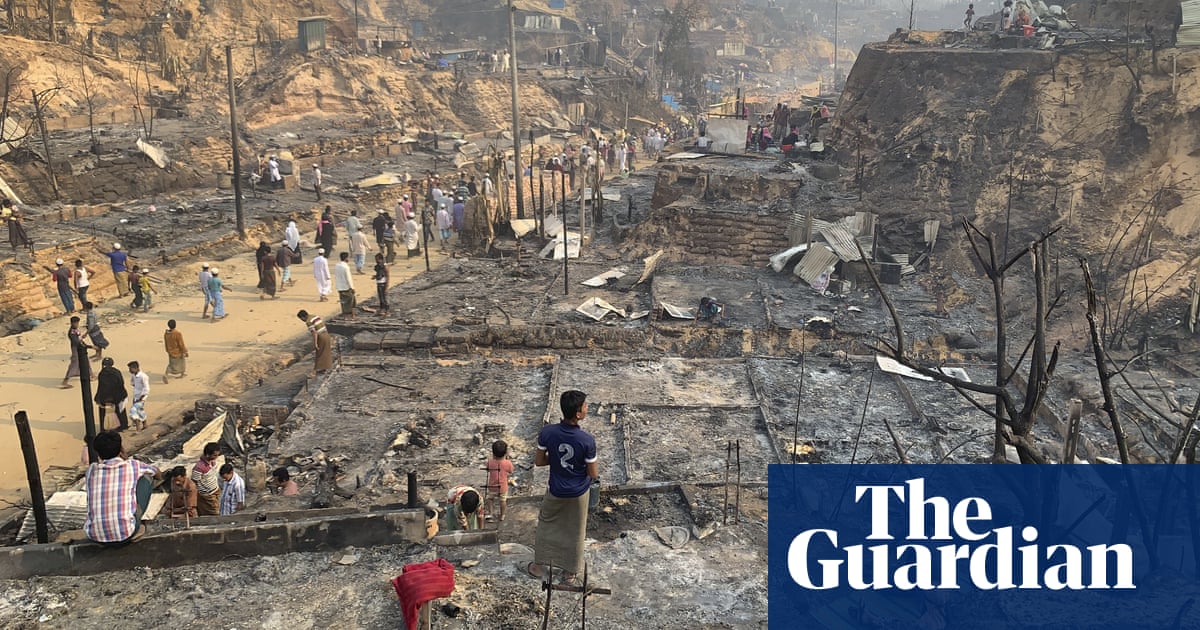 At least 15 people have been killed in a fire that ripped through a Rohingya refugee camp in Bangladesh, while 400 remain missing, the UN refugee agency has said.

“It is massive, it is devastating,” said the UNHCR’s Johannes van der Klaauw, who joined a Geneva briefing virtually from Dhaka, Bangladesh. “We still have 400 people unaccounted for, maybe somewhere in the rubble,” he said.

He added that the UNHCR had reports of 560 people injured and 45,000 people displaced.

The fire ripped through the Balukhali camp near the south-eastern town of Cox’s Bazar late on Monday, burning through thousands of huts as people scrambled to save their possessions.

“Everything has gone. Thousands are without homes,” Aman Ullah, a Rohingya refugee from the Balukhali camp, told Reuters.
“The fire was brought under control after six hours but some parts of the camp could be seen smoking all night long.”

Sanjeev Kafley, the International Federation of Red Cross and Red Crescent Societies’s delegation head in Bangladesh, said more than 17,000 shelters had been destroyed and tens of thousands had been displaced.

More than 1,000 Red Cross staff and volunteers worked with fire services to extinguish the blaze, spread over four sections of the camp containing roughly 124,000 people, around one-tenth of the estimated 1 million Rohingya refugees in the area, he added.

“I have been in Cox’s Bazar for three and a half years and have never seen such a fire,” he told Reuters. “These people have been displaced two times. For many there is nothing left.”