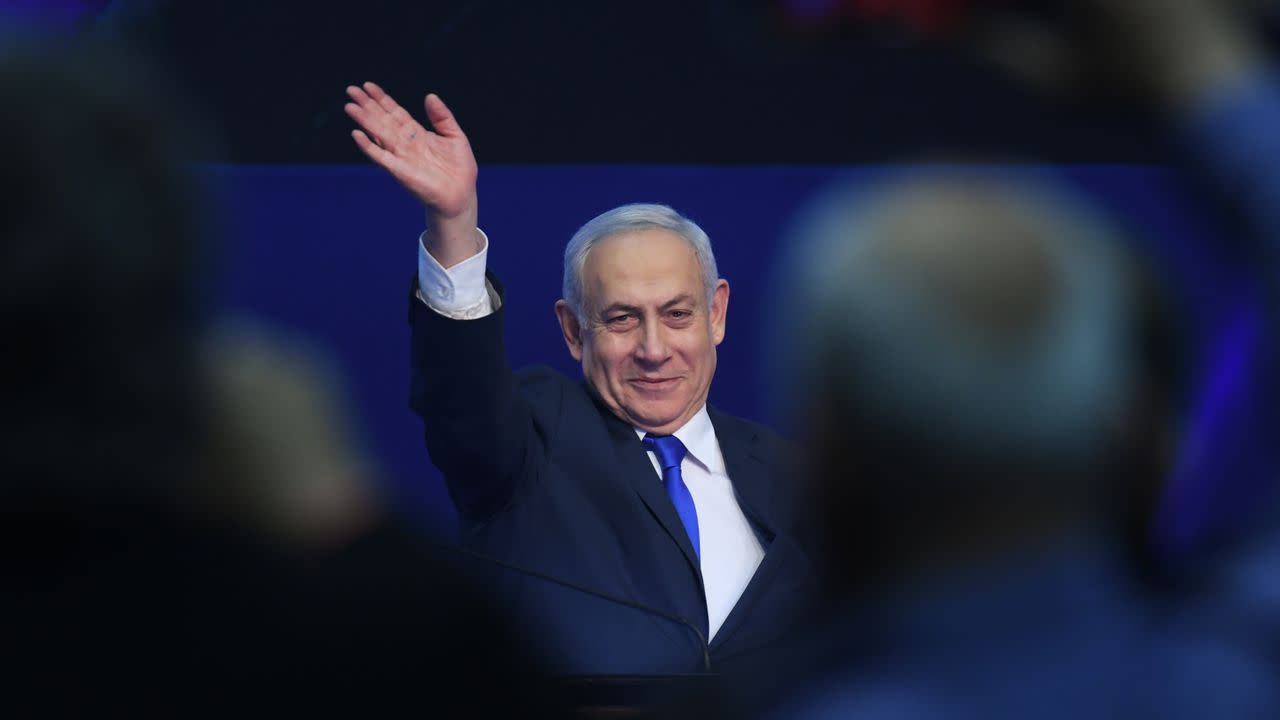 Exit polls released by all three of Israel’s main TV networks on Tuesday project a narrow victory for Prime Minister Benjamin Netanyahu’s right-wing bloc — but the picture could still change as official results come in.

Why it matters: Three inconclusive elections have left Israel in a prolonged political crisis. If Netanyahu’s bloc does win a majority in Israel’s fourth election in two years, he could form the most religious and conservative coalition in the history of the country and potentially take steps to undercut his corruption trial.

What to watch: The exit polls are not official results, and they will continue to be updated as real numbers come in.

Between the lines: Even if the polls prove accurate, forming a government could be tricky.

Worth noting: Tuesday’s election saw the lowest turnout since 2009, and was particularly low among Israel’s Arab majority. Parties from the Arab Joint List could see their representation shrink by 40%-50%.