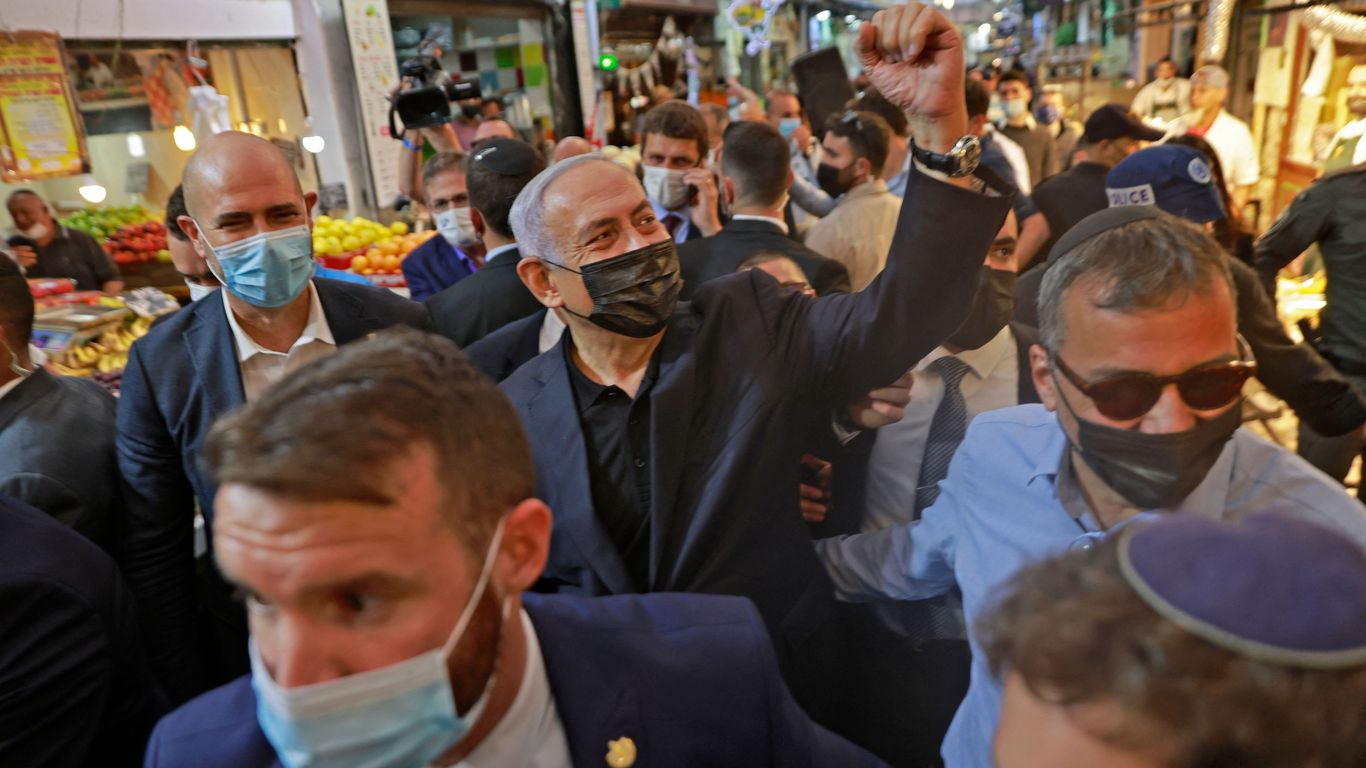 Israeli Prime Minister Benjamin Netanyahu will contest his fourth election in two years on Tuesday, fighting for a parliamentary majority that could help him undercut his ongoing corruption trial.

Why it matters: Three inconclusive elections have left Israel locked in a prolonged political crisis as Netanyahu fights for his political and legal survival. This time, Israel’s longest-serving prime minister faces a divided opposition and has a clear opportunity to finally win a 61-seat majority.

The state of play: The latest polls show Netanyahu’s right-wing bloc and a broad anti-Netanyahu bloc both winning 60 seats.

What to watch: If Netanyahu manages to get to 61, he will form the most religious and conservative coalition in the history of the country. His rivals claim that such a government could challenge the democratic character of the country.

Driving the news: Both Netanyahu and his primary rival, centrist Yair Lapid, rallied their bases on the eve of the election.

Flashback: Netanyahu and his centrist rival, Benny Gantz, signed a power-sharing deal last April that outraged many of Gantz’s supporters by allowing Netanyahu to retain power for 18 months while stipulating that Gantz would then rotate in as prime minister.

Zoom in: One of the most interesting players in this election is Naftali Bennett, a right-wing former tech entrepreneur who had until recently been seen as a kingmaker because neither bloc would be able to reach 61 without him.

What’s next: Exit polls will be published at 9pm local time (3pm ET), but the pollsters will be extra cautious because thousands of ballots will be counted late due to COVID-19 restrictions.

The bottom line: These elections will likely be decided by one or two seats, meaning a few thousand votes could change the outcome and the entire country.