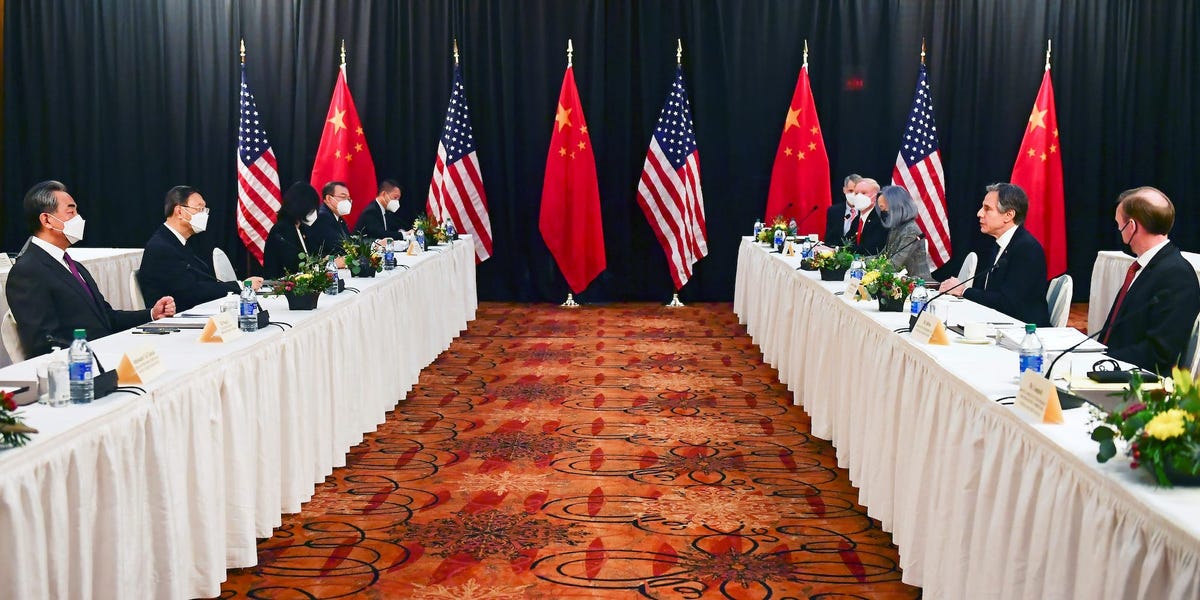 The sanctions, which target Wang Junzheng, secretary of the Party Committee of the Xinjiang Production and Construction Corps, and Chen Mingguo, director of the Xinjiang Public Security Bureau, were rolled out in coordination with Canada and European allies.

“Amid growing international condemnation, the [People’s Republic of China] continues to commit genocide and crimes against humanity in Xinjiang,” Secretary of State Antony Blinken said in a statement.

Blinken said that the US reiterates its call for the Chinese government to “bring an end to the repression” of Uighurs, calling on China to release “all those arbitrarily held in internment camps and detention facilities.”

“These actions demonstrate our ongoing commitment to working multilaterally to advance respect for human rights and shining a light on those in the [Chinese] government and [Chinese Communist Party] responsible for these atrocities,” Blinken added.

The Chinese government has forced more than a million Uighur Muslims and other minorities into detention camps in the Xinjiang region, according to human rights groups. China has vehemently denied allegations it’s committing genocide in Xinjiang.

The announcement of new sanctions against Chinese officials came just days after Blinken was involved in a testy exchange with China’s top diplomat in Anchorage, Alaska, as US and Chinese officials held the first face-to-face talks under President Joe Biden.

In his opening remarks at the meeting, Blinken said the US intended to use the talks to discuss its concerns regarding human rights abuses in Xinjiang, among other issues.

Yang Jiechi, China’s top diplomat, responded by accusing the US of condescending to China. In comments that lasted roughly 15 minutes, Yang said the US government was in no position to lecture other countries on human rights abuses, alluding to racism in the US as he referenced the Black Lives Matter movement.

Blinken then hit back with an impassioned defense of the US, underscoring its willingness to confront its shortcomings “openly, publicly, transparently, not trying to ignore them, not trying to pretend they don’t exist, not trying to sweep them under a rug.”

Biden told reporters he was “proud” of Blinken’s handling of the heated back-and-forth with the Chinese diplomats.

The dynamic between the US and China became increasingly contentious under the Trump administration, particularly as then-President Donald Trump blamed the COVID-19 pandemic on the Chinese government. Top experts have warned that the US and China are entering a new Cold War that could have devastating consequences for the global economy.