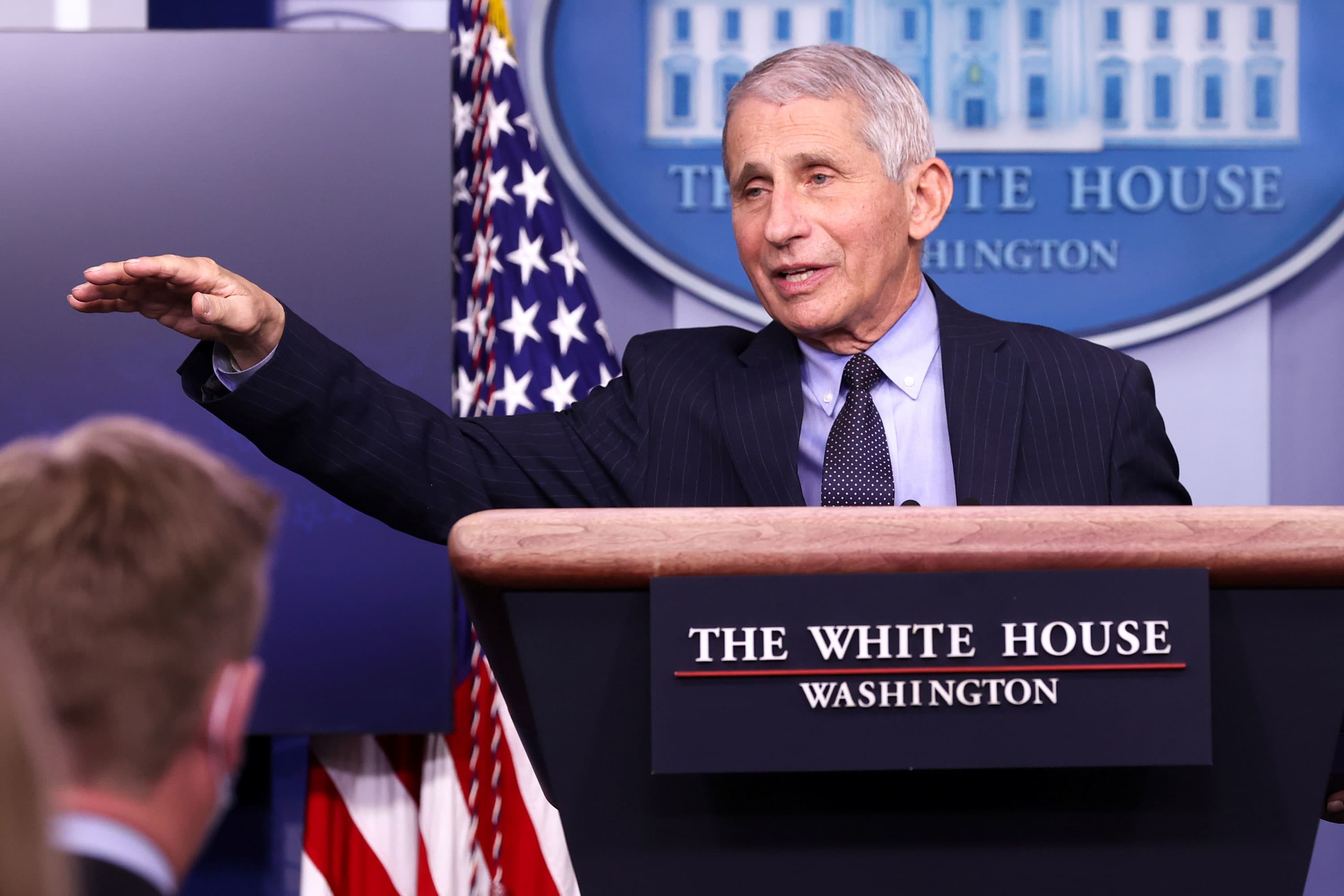 The company on Monday announced the long-awaited results of its phase three clinical trial of the Covid-19 vaccine it developed with the University of Oxford, saying it was 79% effective in preventing symptomatic illness and 100% effective against severe disease and hospitalization.

The next day, the National Institute of Allergy and Infectious Diseases released an unusual statement that said it was informed by the data and safety monitoring board, or DSMB, that was overseeing the trial that the U.K.-based company may have included information in its U.S. results that provided an “incomplete view of the efficacy data.”

Fauci, NIAID’s director, said the DSMB raised concerns with the U.S. agency because it felt the results in AstraZeneca’s press release looked more favorable than more recent data from the vaccine study had shown, according to STAT News.

The company is now working with the DSMB and “will likely come out with a modified statement,” Fauci told reporters Wednesday during a White House news briefing on the pandemic.

Experts on public health and vaccines told CNBC that AstraZeneca’s data hiccup is just the latest example in a series of blunders by the company that could affect people’s willingness to take the vaccine, which may be authorized for use in the U.S. as early as next month.

President Joe Biden’s senior advisor on the pandemic, Andy Slavitt, tried to reassure Americans about the vaccines on Tuesday, telling CNN, “the public should rest assured that nothing will get approved unless the FDA does a thorough analysis of this data.”

When AstraZeneca’s vaccine goes through FDA review, the agency “will render a judgment on both what the data says, or what it’s saying, and also whether or not it will be approved. And so until that time, this is all just stuff that will happen in the background,” Slavitt said. “We believe that this transparency and the scientific independence is vital for public trust.”

AstraZeneca’s vaccine is already authorized for use in other countries. The company said in a statement Tuesday that it intended to issue results from its primary analysis of the Covid-19 vaccine “within 48 hours.”