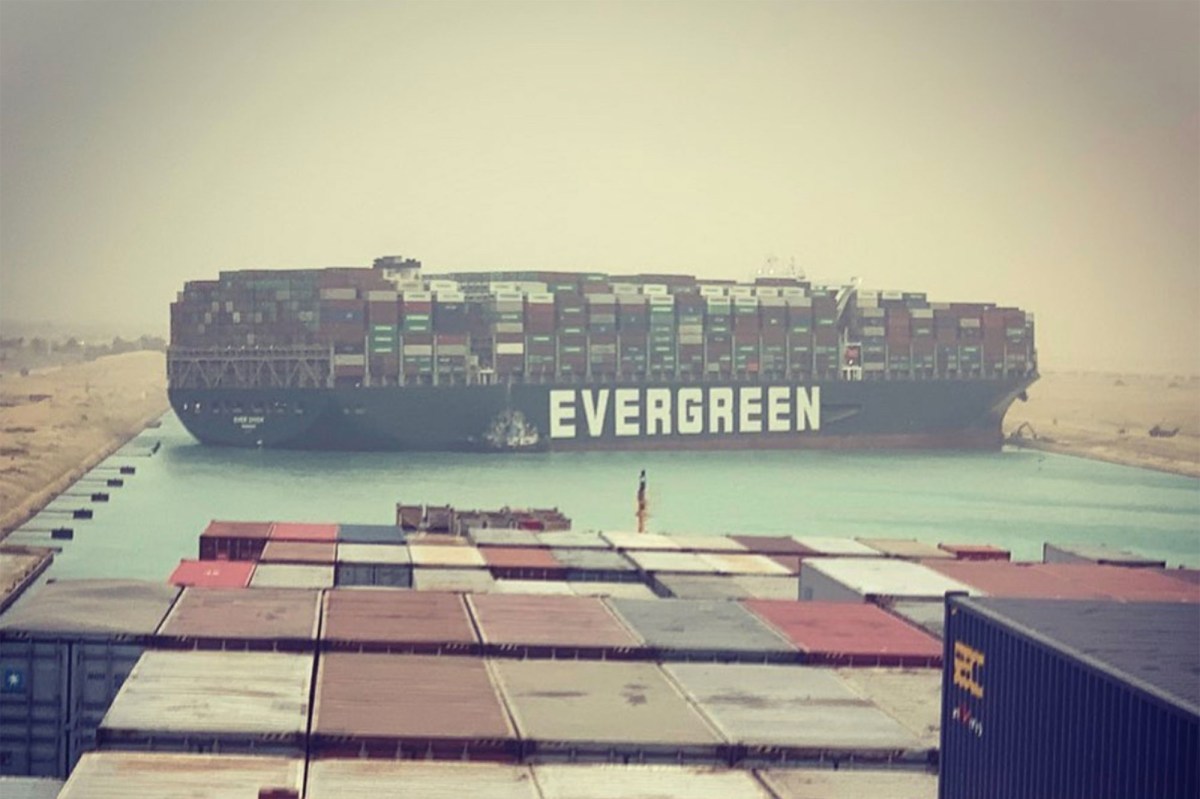 A massive container ship has run aground in the Suez Canal, blocking the other cargo ships from passing through the crucial link between Africa and Asia.

The Ever Given — which is longer than four football fields and weighs 440 million pounds — was lodged in the waterway Tuesday as attempts to refloat it failed, The Guardian reported.

Photos taken from another boat show the giant container ship stuck across the waterway, leaning slightly to one side. Attempts by small Egyptian vessels to free it have been unsuccessful.

The shipping tracking site Vesselfinder shows dozens of vessels were anchored on either side of the Ever Given Tuesday evening as the ships wait for their turn to pass on to the Mediterranean or Red Sea.

The ship is headed to Rotterdam from China.