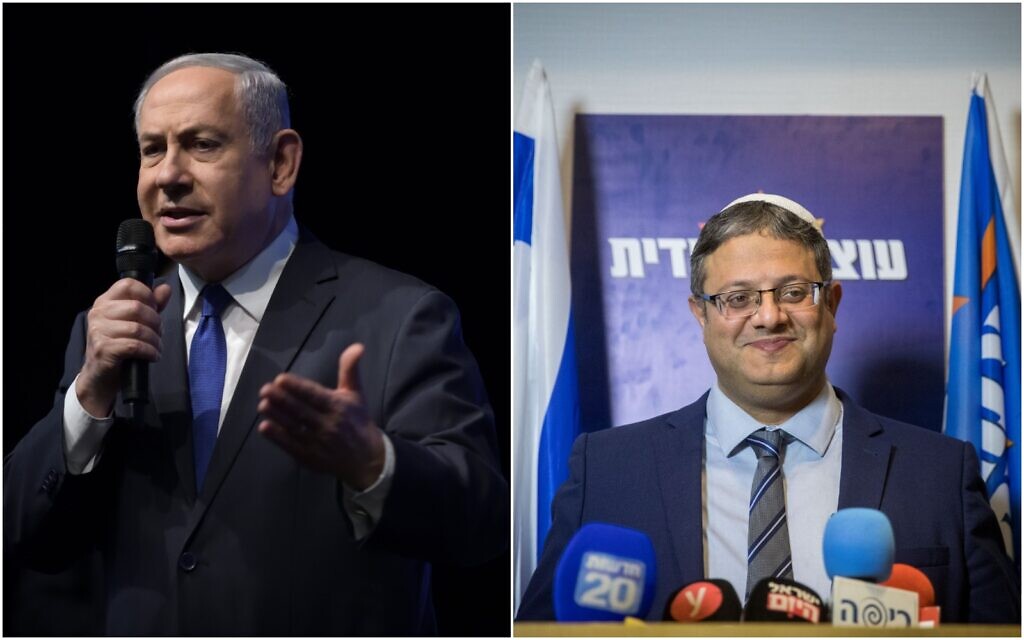 Dramatic, they may have been. Decisive, they were not. After two years of turmoil and paralysis, after the fourth election in two years, they did not point to a smooth, clearcut route out of Israel’s political crisis.

Published on the stroke of 10 p.m., Fuchs’ exit poll, as well as the exit polls presented by rival Channels 11 and 12, achieved the extraordinary feat of unanimously predicting that Prime Minister Benjamin Netanyahu would be able to retain power, by mustering the narrowest possible majority — 61 of the 120 Knesset seats — provided he was able to woo Naftali Bennett’s Yamina party into his coalition.

In contrast to the endless surveys in the run-up to election day, the TV exit polls are historically generally fairly accurate — give or take a seat or two here or there. And there’s the rub. A seat or two moving here or there could change everything.

And so it proved: Within three hours of the 10 p.m. surveys, Fuchs had amended his findings, and was now showing a 60-60 deadlock between the pro- and anti-Netanyahu camps, while Channel 12 had the anti-Netanyahu camp ahead, 61-59. More shifts seemed certain as the actual votes began to be tallied — a process which could take several hours, or even, whisper it, days.

On the basis of the exit polls, Netanyahu’s Likud performed reasonably well, slipping from 36 seats in last year’s election to 30-33 — despite having to fight off the additional challenge of his own former Likud ministerial colleague Gideon Sa’ar, who broke away to set up the New Hope party. New Hope would appear to have been one of the biggest election day losers, heading to just five or six seats when it was polling twice as well earlier this month. Bennett’s Yamina also stalled, at 7-8 seats — having been targeted relentlessly by Netanyahu in the campaign’s final days.

Netanyahu’s dependable allies — the ultra-Orthodox Shas and United Torah Judaism, and the new Religious Zionism alliance — significantly outperformed the pre-election surveys, however, mustering 22-23 seats between them. If those results hold true, one of the very big winners of these elections is the far-right Religious Zionism, which includes the Otzma Yehudit party, headed by Itamar Ben Gvir, an adherent of the late racist rabbi Meir Kahane. All three polls showed Religious Zionism winning 6-7 seats, which would mean a place in the Knesset not only for Ben Gvir, but also for Avi Maoz, the avowedly anti-LGBT representative of the extremist Noam movement.

Netanyahu brokered the Religious Zionism alliance, paving Otzma Yehudit’s path to parliament, but then said he would not include its members in his government. If the final results give him a path to re-election that depends on Ben Gvir, he may have no choice.

Ben Gvir has indicated he would seek ministerial office; heading a party six or seven strong, he could demand the Justice Ministry, from there to advance legislation he has already promised aimed at halting Netanyahu’s corruption trial, and to attempt a radical “reform” of Israel’s judiciary.

The exit polls point to successes in the anti-Netanyahu camp as well, with Benny Gantz’s Blue and White, Labor and Meretz all outperforming the most recent surveys.

Yair Lapid’s main opposition party Yesh Atid seems to have performed a little worse than expected, at 17-18 seats — in part because he didn’t try to draw votes away from Labor and Meretz. And the conservative Islamic party Ra’am was seen below the threshold in all three exit polls, its breakaway from the Joint List apparently a failure.

Depending on the final results, Netanyahu may try to pry a defector or three from rival parties. But other party leaders may also try to galvanize all manner of other coalitions; no sooner had Channel 12 placed the anti-Netanyahu camp ahead, than Lapid was pledging to try to build a “sane government.”

Having clung to power by his fingernails after failing to decisively win three elections in 2019 and 2020, Netanyahu will know that his world-beating vaccination drive was central to his and Likud’s performance this time, though it may not have provided a decisive victory: The elections came on a day when the number of serious COVID-19 cases in Israel fell below 500 for the first time in three months, and with daily new COVID-19 cases now below 1,000.