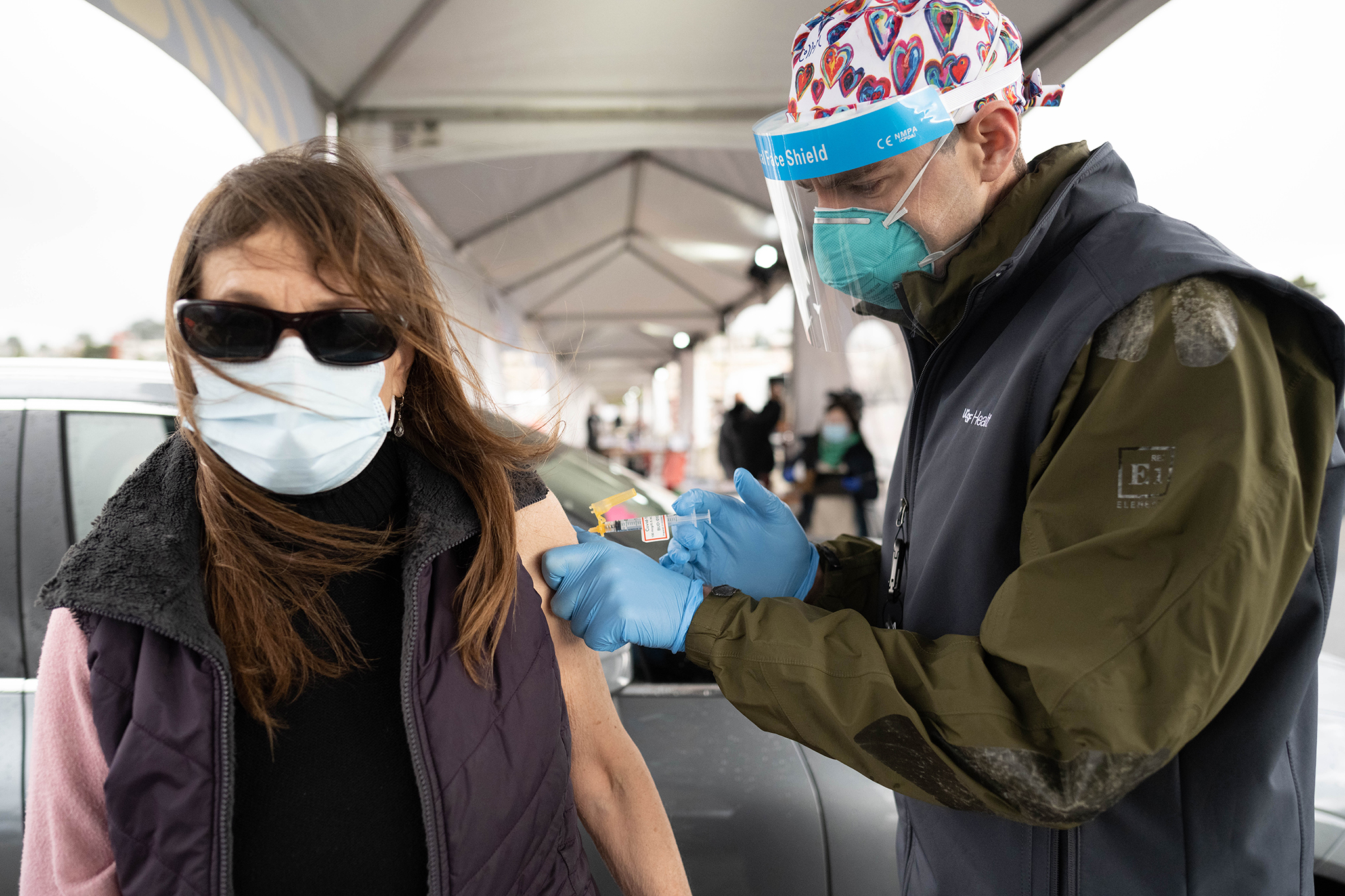 President Joe Biden called on states to open up COVID-19 vaccines to all people by May 1, but several states have already made this leap.

Alaska was the first to offer shots to individuals 16 and older, followed by Mississippi and West Virginia. Arizona expanded eligibility to the general population today and Texas is on track to do so March 29.

When will California get there?

Gov. Gavin Newsom said Friday every adult in the state should be able to schedule a COVID-19 vaccination appointment before the end of April.

“We’re anticipating within five and a half weeks where we can eliminate all of the tiering, so to speak, and make available vaccines to everybody across the spectrum because supply will exponentially increase,” Newsom said.

The state is currently vaccinating individuals over the age of 65, those with severe medical conditions and employees in certain sectors including food, education and health care.

Counties and health care providers can expand eligibility more quickly than the state, and Contra Costa and Solano counties recently began offering vaccines to all residents 50 and over.

SFGATE checked in with the other seven Bay Area counties to ask when they will broaden eligibility and they all said that due to limited supply, their plan is to move in line with the state’s criteria.

“We are attempting to stay aligned with state policies, so we would open when the state gives the green light to do so,” Marin County said in a statement. “Unless, of course, we believe we’ve reached a saturation point in our current [eligibility] groups, but we’re a ways off from reaching that point.  There is still more demand among eligible residents than we have appointments to fill.”

“With the limited supply of vaccine we are currently getting, we have no plans at this time to expand our eligibility,” said Matt Brown, a spokesperson for Sonoma County.

“While several other counties have moved to 50-plus, the San Francisco Department of Public Health has not heard anything from the state about a transition to this age group,” San Francisco’s COVID Command Center said in an email statement. “We will share if that changes. For now, our focus is getting as many people in the current eligibility pool vaccinated as soon as possible.”

“Our vaccine roll out is driven by available supply, which is currently quite limited and why we are focused on vaccinating eligible residents in hard to reach communities,” San Mateo County said. “However, we are heartened to hear the governor’s comments that increased supply to California appears likely by the last week in April to enable the state to increase eligibility to all residents 16 and older.”

California, the most populous state in the country, has administered more than 15 million doses since the start of the rollout, more than any other state. By comparison, Texas has administered nearly 10 million doses and Florida 8 million, according to the Centers for Disease Control and Prevention. But the Golden State lags behind other states when it comes to the vaccine rate and doses are being administered at a rate of 38,846 doses per 100,000 people. New Mexico has the highest rate, with 52,537 per 100,000, and Alaska the second-highest, with 51,474 per 100,000. Among the states, territories and federal entities that the CDC tracks, California’s vaccine rate ranks 38th.

Sorgente articolo:
When will California’s vaccine eligibility catch up with other states? – SF Gate