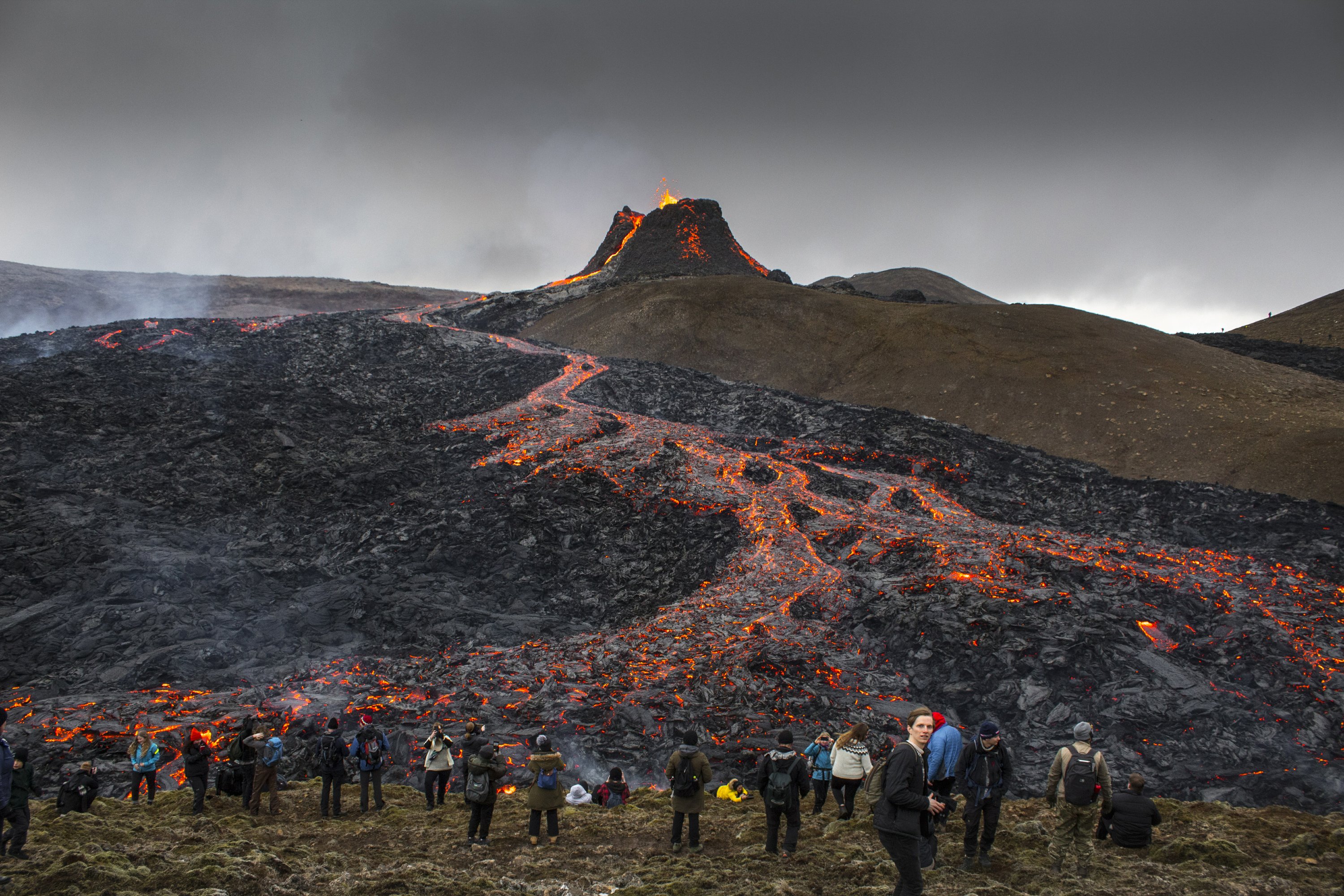 REYKJAVIK, Iceland (AP) — The eruption of a long-dormant volcano in southwestern Iceland has drawn large crowds of visitors eager to get close to the lava flows.

Many have trekked to the volcano on the Reykjanes Peninsula, near Iceland’s capital Reykjavik, since it flared to life Friday night after tens of thousands of earthquakes were recorded in the area in the past three weeks. It was the area’s first volcanic eruption in nearly 800 years.

On Tuesday, Iceland’s civil protection officials were seen gesturing to dozens of people to move away from lava just meters behind them to ensure visitors do not get hurt. One of the officials said a visitor tried to cook bacon and eggs on the lava — but the pan melted in the heat.

Italian photographer Vincenzo Mazza, who lives in Iceland, was one of those who got a close look at the slow-flowing lava.

“I’ve been waiting for many years to see an eruption in Iceland,” he said. “I saw some eruptions in Italy, like Etna and Stromboli, but this is absolutely different.”

“I can’t say ‘this is more beautiful than that’ because they are very different, but this lava glowing just so close to us, it’s insane,” Mazza said.

The glow from the lava could be seen from the outskirts of Iceland’s capital, Reykjavík, about 32 kilometers (20 miles) away.

Icelandic officials said they did not anticipate evacuations because the volcano is in a remote area, about 2.5 kilometers (1.5 miles) from the nearest road.