“Today, the Human Rights Council has once again proven itself to be an anti-Israel, discriminatory, and hypocritical body,” Foreign Minister Gabi Ashkenazi tweeted Wednesday evening, following the adoption of four resolutions criticizing Israel on Tuesday and Wednesday.

“I thank all the countries who chose not to lend a hand to this circus and the systematic discrimination against Israel,” Ashkenazi said.

One of the resolutions featured 19 paragraphs criticizing Israel’s policies, with only one referring to rockets fired at the Jewish state, a UN watchdog said. It was adopted by a vote of 22 to 6, with 8 abstentions. 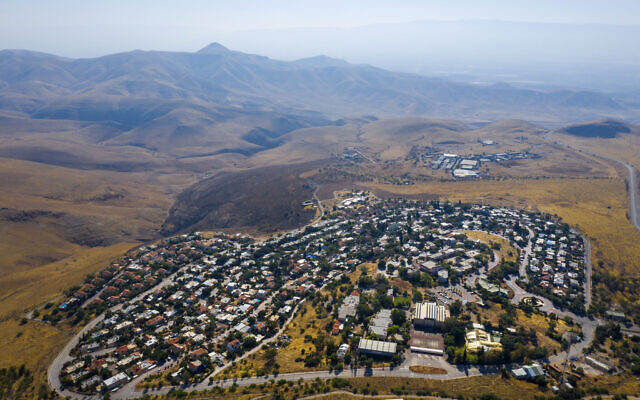 France, Germany, the Netherlands, and Italy all supported the Tuesday motion, which expressed “grave concern at reports of serious human rights violations and grave breaches of international humanitarian law, including of possible war crimes and crimes against humanity, in the Occupied Palestinian Territory, including East Jerusalem.”

The resolution also denounced Israel’s “preferential treatment” for settlers in the West Bank over Palestinians.

“Yesterday & today’s vote on four anti-Israel resolutions at the UNHRC represents a moral stain on the UN, and is additional proof of the hypocrisy of those countries who supported these resolutions,” Foreign Ministry spokesperson Lior Haiat tweeted.

“Instead of acting to advance human rights across the world, the Council continues to engage in an obsessive and biased manner against Israel, effectively being a political platform in the hands of countries who have absolutely no connection to human rights,” the spokesperson added.

One of the other three resolutions passed on Wednesday was regarding Israel’s “human rights” policy in the Golan Heights — the strategic plateau that was captured from Syria during the 1967 Six Day War and formally annexed in 1981, a move not recognized by most of the international community. 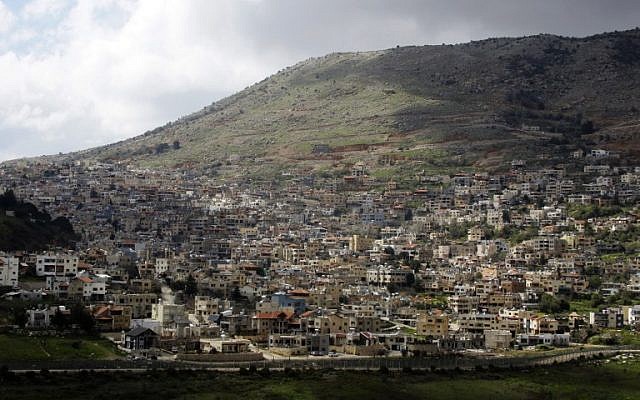 A picture taken from the Syrian town Ain al-Tineh shows the Druze town of Majdal Shams on the Israeli Golan Heights on March 26, 2019. (Louai Beshara/AFP)

The other two motions were about the “Palestinian’s right to self-determination” and Israel’s settlement policies.

“The votes are an additional proof that the UNHRC is distorted and in need of fundamental reforms. The State of Israel will continue to promote its democratic values and protect its interests in the international arena,” the Foreign Ministry said.

“The fact that this resolution was literally written by the Palestinians, with co-sponsors that include Pakistan on behalf of the Islamic states as well as Venezuela’s Maduro regime, is clear from the text’s pervasive condemnation of Israeli actions, with no mention whatsoever of Hamas, Islamic Jihad or the Palestinian Authority,” said Hillel Neuer, the executive director of UN Watch.

Bahrain, a Gulf nation that had recently established ties with Israel, was absent from the Tuesday vote. The countries that voted against that motion were Austria, Brazil, Bulgaria, Cameroon, Malawi, and Togo. Additionally, the watchdog noted that India shifted from a “yes” vote last year to abstaining on Tuesday. Denmark, Japan, Mexico, Poland, South Korea, and Uruguay had also voted in support of the resolution. 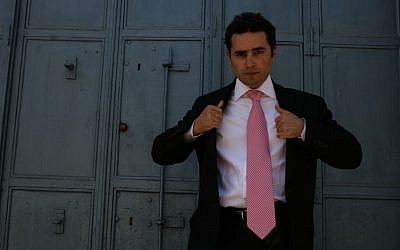 “If the resolution were truly about Palestinian human rights, it would not have completely ignored Palestinian Authority abuses, including arbitrary killings, torture, and arbitrary detention,” Neuer said.

Israel has heavily criticized the rights council over the years, saying it focuses disproportionately on the Jewish state while ignoring abuses by autocratic regimes and governments — and even accepting them as members.

A permanent element of the council’s agenda is Item 7 (“the human rights situation in Palestine and other occupied Arab territories”), which since its adoption in 2007 has singled out Israel for perpetual censure, a measure that no other country faces at the UN body. 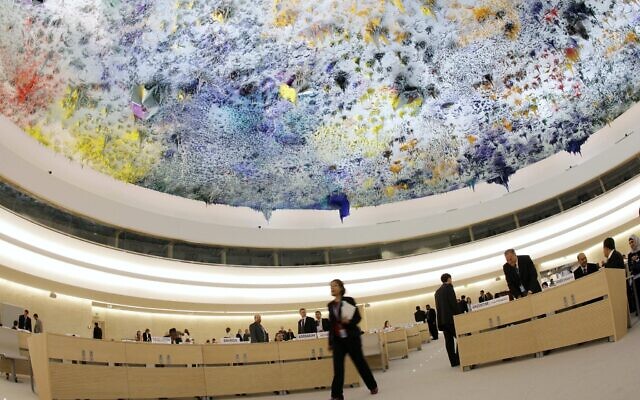 Illustrative: Delegates arrive on the assembly hall of the Human Rights Council at the European headquarters of the United Nations in Geneva, Switzerland, June 2, 2009. (AP Photo/Keystone/Salvatore Di Nolfi)

Former US president Donald Trump pulled out of the council in 2018 due to its disproportionate focus on Israel and because it failed to meet an extensive list of reforms demanded by then-US ambassador to the United Nations Nikki Haley.

Under the new Biden administration, the US announced it would return to the council, but stressed that it was “flawed and needs reform.”