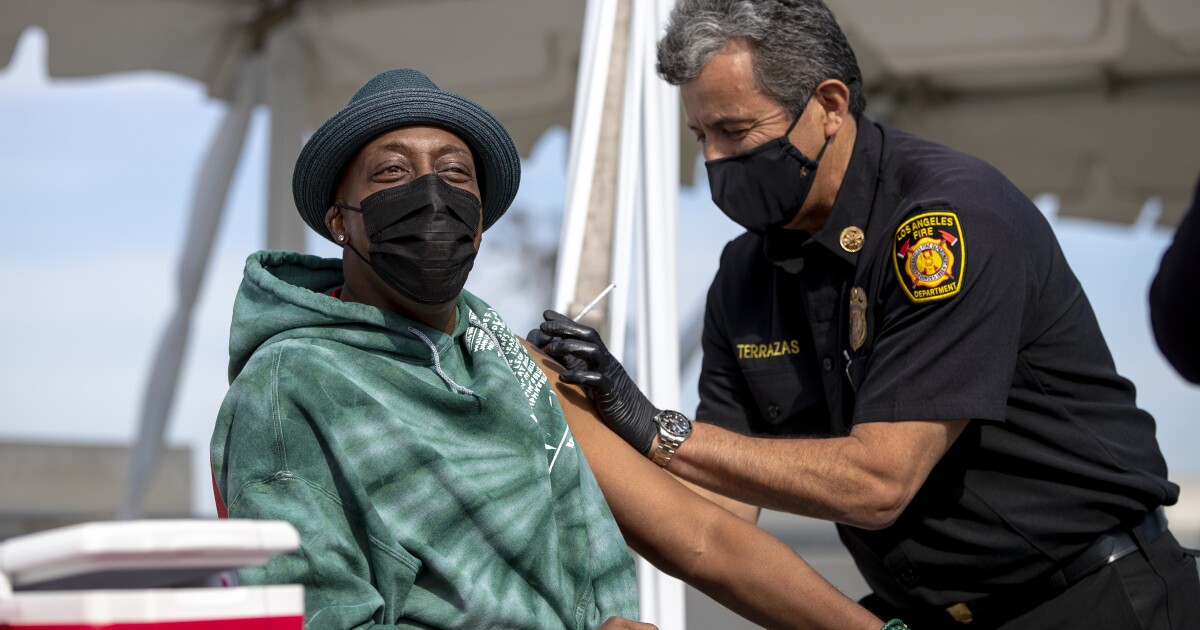 California is opening the COVID-19 vaccine to all adults, but the timing of scheduling an appointment remains in flux.

Residents who are at least 50 years old can get vaccines starting April 1, and all Californians 16 and older will be eligible beginning April 15.

The California Department of Public Health said Thursday that residents could go through their doctor’s office to begin booking their shots, so long as the appointments are on or after the day they become eligible, April 1 or 15.

Depending on eligibility, residents will be able to reserve an appointment through the state’s My Turn scheduling site on April 1, April 15 or later.

Eventually, vaccines should be available through pharmacies, community clinics and at government-run centers.

Dr. Nancy Gin, the regional medical director of quality and clinical analysis with Kaiser Permanente, said the network also is not able to “pre-schedule appointments in advance of these eligibility dates.”

“We encourage all who are eligible to get vaccinated as soon as possible,” Gin said. “Until most of the community is vaccinated, everyone should continue to maintain healthy behaviors, including wearing a mask, washing hands often, and avoiding crowds, even after vaccination, to help ensure we are not spreading the virus.”

State officials said they’re not shifting from what they’ve long characterized as the guiding principle of California’s vaccine rollout: equity.

Starting earlier this month, the state began earmarking 40% of its available COVID-19 vaccines to residents in the most disadvantaged areas — those in the lowest quartile of a socioeconomic measurement tool called the California Healthy Places Index.

That allotment will continue, officials said.

Earlier this month, the state expanded vaccine eligibility to nearly 5 million Californians with disabilities and underlying health conditions. But for weeks, state and local officials have warned that supply would remain flat until late March or early April, when vaccine allocation was expected to increase significantly. Until then, access to the vaccine has remained constrained in various parts of the state.

But officials say supply is growing.

“Based on the current estimates,” state officials said, “California expects to be allocated approximately 2.5 million first and second doses per week in the first half of April, and more than 3 million doses in the second half of April.”

“Based on the current estimates,” state officials said, “California expects to be allocated approximately 2.5 million first and second doses per week in the first half of April, and more than 3 million doses in the second half of April.”