As the weekend after the election arrived, the so-called “change bloc” in the incoming Knesset was holding intensive discussions as it attempts to create a blueprint for an alternative government to one led by Benjamin Netanyahu — but such efforts were marred by fighting over who should lead the bloc, as well as radically differing ideologies and political red lines that could doom any such effort from the onset.

According to a report by Channel 12 news Friday night, one proposal on the table was for Yesh Atid leader Yair Lapid and Yamina leader Naftali Bennett to lead a “national government of healing” for a limited period of time, possibly a year, during which time the two would rotate the premiership between them.

The report said such a coalition would be a minority in the Knesset, composed of the 52 seats of Yesh Atid, Blue and White, Yamina, Labor, New Hope and Yisrael Beytenu, supported from the outside — or at least not opposed — by Meretz and the majority-Arab parties.

This government would ensure the passage of a state budget for the first time since 2018 and aim to stabilize the country and the economy in the wake of the political chaos and coronavirus pandemic, before a new election is called.

The proposal also suggests that once such a government is formed, it will seek to bring in the ultra-Orthodox parties who currently remain resolutely in Netanyahu’s camp — apparently assuming Haredi lawmakers’ loyalty to the premier will be tested once he and they are no longer running the government. 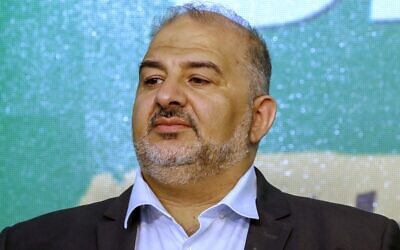 Ra’am leader Mansour Abbas at the Islamist party’s campaign headquarters in the northern city of Tamra on March 23, 2021. (Ahmad Gharabli/AFP)

However, the report noted that such a plan requires parties to jump through many hoops, some of them potentially insurmountable — chiefly the need for right-wing parties Yamina and New Hope to agree to form a government with the tacit support of the Arab, non-Zionist parties, a move that could be political suicide for those parties’ leaders among their right-wing base.

Labor party leader Merav Michaeli, speaking to Channel 12 early Friday evening, called on New Hope not to block such a government by being unwilling to consider any support from Arab MKs. “Don’t prevent us from forming a government,” she said.

Meretz leader Nitzan Horowitz told the network on Friday that such a temporary government would be one that would maintain the status quo, one that focuses on unemployment, crime and other issues that do not divide the right and the left.

“There are talks behind the scenes, one must have a little courage… I hope our partners will have courage.”

New Hope leader Gideon Sa’ar and Yamina’s Bennett met at the latter’s home to discuss potential cooperation, Channel 12 reported. Sa’ar has vowed not to join a Netanyahu-led government, while Bennett has not done so but is widely seen as preferring not to ally with the prime minister.

The report said Sa’ar made it clear to Bennett that he would not fight him for leadership of the “change bloc.”

Associates of Bennett told Channel 13 on Friday that there was no chance he’d abandon Netanyahu’s bloc unless he is prime minister first in the new government, and not Lapid. But the network also said Lapid is currently seeking to get a majority of votes from party leaders when they head to give President Reuven Rivlin their recommendations on April 5, and to be the first to be given a crack at forming a government. 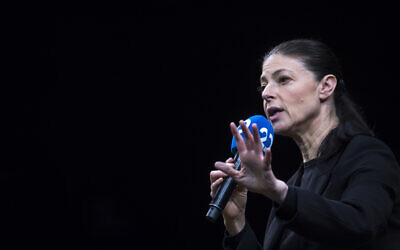 Meanwhile, the network said Netanyahu, despite winning only 59 seats for his bloc of supporters (if Bennett’s Yamina party is includedin the count), is making great efforts to woo former Likud MK Sa’ar over to his side and clinch a majority. Through emissaries, the premier offered his longtime rival a deal by which he will resign after one more year in power and hand the premiership to him.

Sa’ar, noting the similarity to Netanyahu’s 2020 power-sharing deal with Blue and White’s Benny Gantz, one Netanyahu avoided honoring, was said to respond wryly: “Tell him only on the condition that Deri is a guarantor.”

Minister of the Interior Aryeh Deri, head of the ultra-Orthodox Shas party, was famously reported to have vowed to Gantz that he’d ensure Netanyahu honored their coalition deal, only to eventually renege on that promise.

On Friday, Lapid met with Yisrael Beytenu leader Avigdor Liberman for the first time since Tuesday’s election to discuss ways to cooperate. The two agreed to remain in touch and meet again soon, a spokesperson for Yesh Atid said. 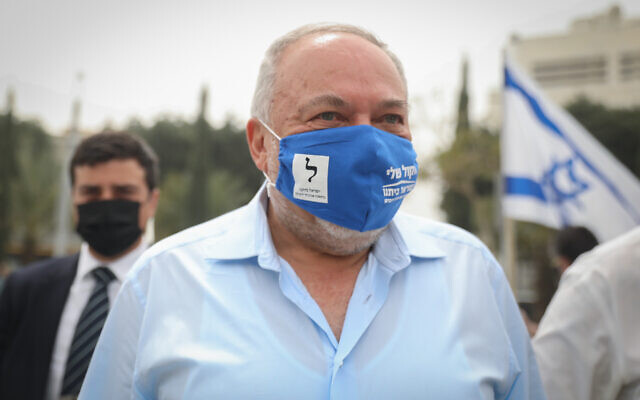 Meanwhile, in a statement Friday, Bennett said he’d spoken over the past two days with the heads of all non-Arab parties from the right and the left, wished them a happy Passover, and “stressed the need to take responsible, principled action in order to release Israel from chaos and allow it to return to functioning properly as soon as possible.”

As Netanyahu’s bloc, when Yamina is included, is just two seats shy of a majority, Likud has been seeking to coax lawmakers from the opposite side into deserting their current faction in order to join a right-wing, religious coalition.

The most likely candidates appear to be in New Hope, which is closest aligned ideologically to Likud and made up mainly of former members of the party.

New Hope’s Sharren Haskel tweeted Friday that Likud representatives had offered her “half a kingdom” in order to defect.

“Not a chance. I am loyal to the values on which New Hope was established, and not whatever portfolio you’re offering me. Give up,” she wrote.

On Thursday, the No. 2 lawmaker-to-be in New Hope, Yifat Shasha-Biton, said that several of Netanyahu’s associates had also tried to convince her to leave her party and join the premier’s Likud.

“It’s no secret that there is very intense pressure for us to join a government led by Likud, including for myself personally,” Shasha-Biton told Channel 12. “I have received official communications, as have other members of New Hope, but it’s not going to happen.” 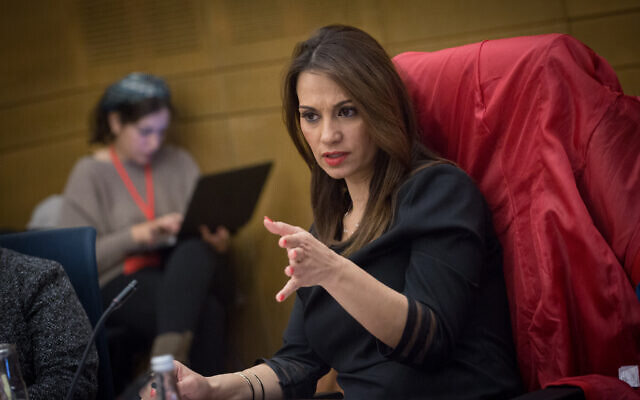 Yoaz Hendel, another New Hope member, hinted at a similar effort to entice him to join Likud.

“To everyone contacting me — a text message campaign in the middle of Passover cleaning isn’t going to make any difference,” Hendel wrote on Twitter, referring to a tradition ahead of the upcoming holiday. “Now, with the final election results, there is only the possibility of a change in government. Give up on the phone calls and go and clean.”

Sa’ar is a harsh critic of Netanyahu who has repeatedly vowed not to join a coalition led by the current prime minister. New Hope had a disappointing showing in the election after once polling at over 20 seats. It ended up with six.

Sa’ar tweeted Friday, “I call on Netanyahu to step aside. Release Israel from your grasp and allow us to move onward.”

Sorgente articolo:
Change bloc said to plan 1-year ‘government of healing,’ but obstacles are huge – The Times of Israel