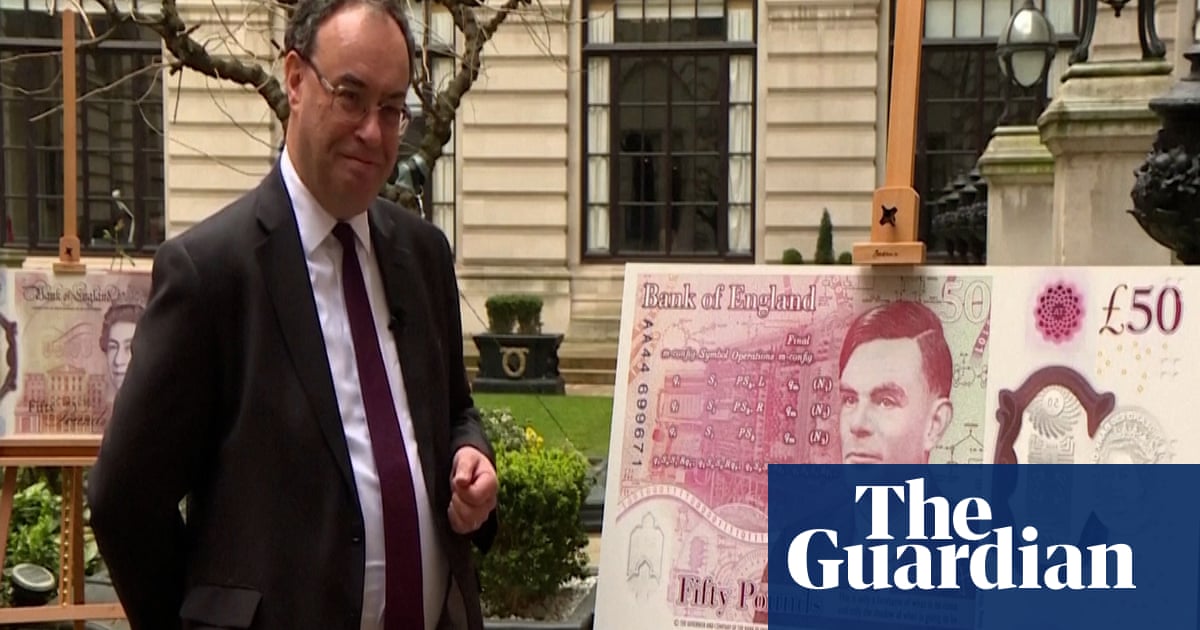 A new £50 note featuring Alan Turing, the scientist best known for his codebreaking work during the second world war, has been unveiled by the Bank of England and will go into circulation on 23 June, the date of his birth.

Turing was prosecuted for homosexual acts in 1952, and an inquest concluded that Turing’s death from cyanide poisoning two years later was suicide.

The Bank of England governor, Andrew Bailey, said: “I’m delighted that our new £50 features one of Britain’s most important scientists … He was also gay and was treated appallingly as a result. By placing him on our new polymer £50 banknote, we are celebrating his achievements and the values he symbolises.”

In the UK and Ireland, Samaritans can be contacted on 116 123 or emailjo@samaritans.org or jo@samaritans.ie. In the US, the National Suicide Prevention Lifeline is 1-800-273-8255. In Australia, the crisis support service Lifeline is 13 11 14. Other international helplines can be found atwww.befrienders.org.

Sorgente articolo:
‘It captures so much of Turing’s work’: Bank of England unveils new £50 note – video – The Guardian